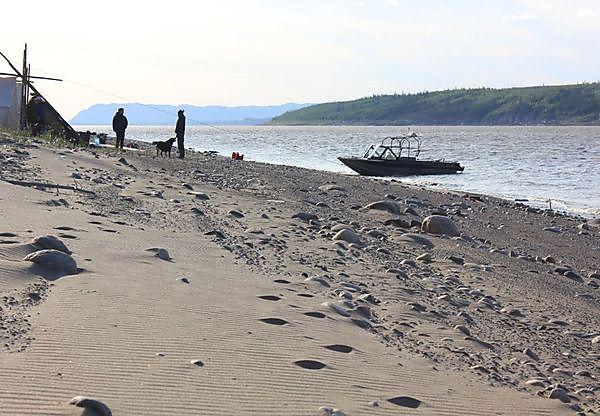 The NERC-funded ‘Equable Earth’ project is trying to determine what temperatures were like across North America during the Cretaceous-Palaeogene boundary.

The project focuses on the turbulent and large climatic shift that is associated with one of the ‘big five’ mass extinctions, where the land-based dinosaurs and other forms of life became extinct. The research explores the tempo and magnitude of temperature change during the Cretaceous-Paleogene boundary.

This major mass extinction saw a dramatic decrease in diversity and abundance of terrestrial flora and fauna - including the dinosaurs. However, estimates of terrestrial temperatures during this mass extinction are poorly known, thus limiting our understanding of these purported environmentally-driven changes in biodiversity. 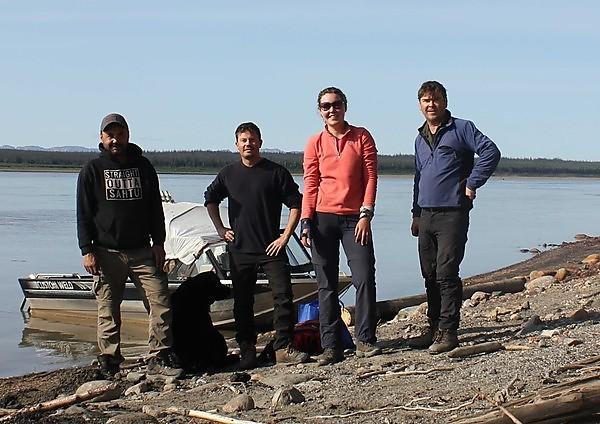 Group photo taken on the banks of the Mackenzie River

During the late Cretaceous to Eocene (100-34 million years ago), global mean annual temperatures were up to 8C warmer than today. This is referred to as the 'Greenhouse World'. Fossil data suggest that temperature-sensitive flora and fauna, such as reptilians and frost intolerant trees, were living in the Arctic-circle during this period. This indicates a climate system that operated in a fundamentally different way to the modern 'Icehouse World' that we live in.

However, General Circulation Models of climate do not reproduce this warmth which has important implications for the prediction of future climates and might suggest that we may currently be underestimating future climate change in such polar regions.

The NERC-funded ‘Equable Earth’ project seeks to provide evidence to answer a critical question about past greenhouse climates:
Was the difference between equatorial and polar temperatures was substantially reduced?
Tackling this research requires an interdisciplinary approach between geologists and chemists. Professor Gregory Price and Dr Sabine Lengger from the University of Plymouth are collaborating with Dr Rhodri Jerrett, Dr Bart Van Dongen, and Emily Dearing Crampton-Flood at the University of Manchester. 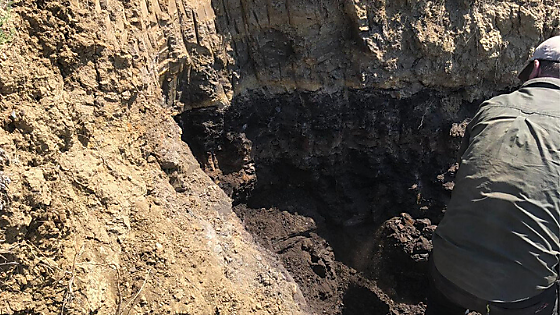 At one of the field sites

The project started when Dr Sabine Lengger went to a research seminar by Dr Rhodri Jerrett, who was questioning whether elevated temperatures had had an effect on the frequency of wildfires at the Cretaceous-Paleogene boundary.

"My specialism at the time was in organic paleotemperature proxies and so we tried using these proxies on his samples to produce some pilot data – and it worked beautifully. The temperatures we found suggested warm temperatures at quite high latitudes. No one has terrestrial estimates from this time period yet, so this was very novel work."

In the study of past climates, scientists use proxy data to reconstruct past climate conditions. These proxy data are preserved physical characteristics of the environment and are gathered from natural recorders of climate variability such as tree rings, ice cores, ocean sediments, and corals. (National Centres for Environmental Information)

During summer 2019 Gregory Price went to Canada for the first field season. The fieldwork team visited six sites, ranging from southern Saskatchewan and Alberta to the Northwest Territories.

"From the USA and Canada we have identified ten terrestrial, coal-bearing sedimentary successions in the Western Interior Basin of North America that extended from the Gulf of Mexico to the Arctic. The USA and Canada affords a near unique opportunity to examine a transect spanning 49-75 degrees N.

"Several of the visited sites are well-studied Cretaceous-Palaeogene boundary sections. On the other hand, the locality in the Northwest Territories had only previously been described in the late 1980s, providing a bit of a challenge to locate and access."

"Doing fieldwork in any location will always have its challenges, but camping with frigid temperatures at night with bears around makes working in the Canadian outdoors interesting. Nevertheless, we achieved more than we hoped working on Cretaceous-Palaeogene boundary sections on the banks of the Mackenzie River, about 10 miles upriver from Tulita, Northwest Territories with James McPherson (of Sahtu Adventures Inc.) as well Rousseau the black Labrador.

"We also presented our findings to the local communities in advance of undertaking fieldwork, to talk through the scientific rationale behind our work, and to share knowledge of climate change awareness."

From the field site to the labs

The coal is interbedded with a clearly visible pinkish clay layer associated with the asteroid impact that occurred at the Cretaceous-Palaeogene boundary (as pictured).

"Overall, the sampling field season was a great success. The coal samples, whose vertical profile represents time and brackets the Cretaceous-Palaeogene boundary, will be processed for organic lipid extraction and geochemical analysis at the University of Manchester and then analysed at the University of Plymouth.

"In addition to the land temperature profiles from the molecular lipid biomarkers, volcanic ash deposits will be dated using Ar/Ar dating technology at the NERC isotope facility. Providing key new age constraints for the coals bracketing the Cretaceous-Palaeogene boundary will further our understanding of this pivotal period in Earth’s history, as the project team can then place the general terrestrial temperature profiles in temporal context." 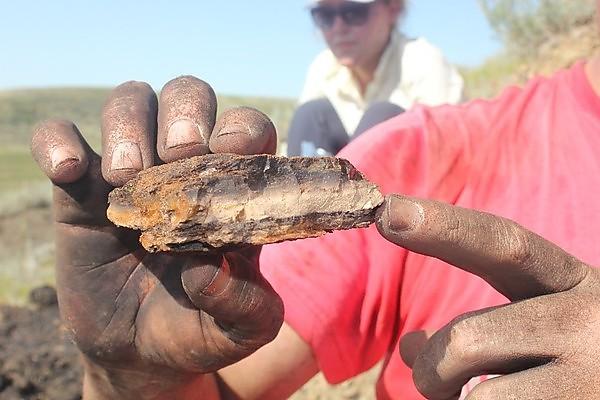 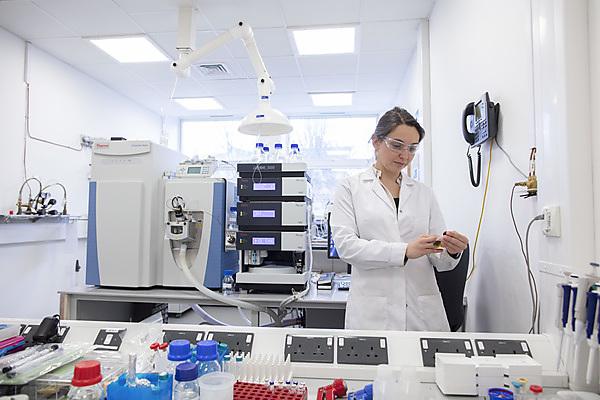 This research ties into the Earth Sciences modules that are taught at the University, which provide students with an understanding of the theory and concepts of Earth History. It demonstrates how the rapidly expanding proxy tool-kit is developed to tackle patterns of climate change at a range of different time-scales.

As an interdisciplinary project, the methodologies and principles of this project feed as 'applied chemistry' into the BSc Chemistry and the MChem Analytical Chemistry courses at the University, and we have students conducting projects fitting into this research.