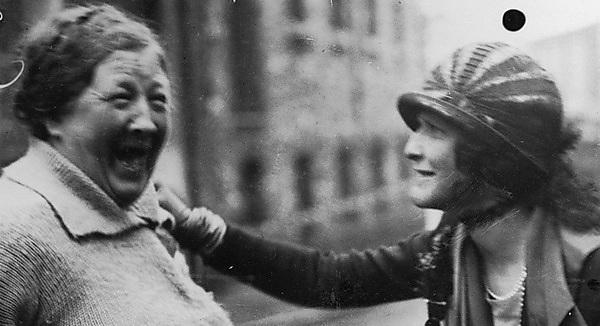 On 28 November 2019, the Hoe Neighbourhood Forum, together with the University of Plymouth’s Cultural and Heritage Exchange (CHEx) team, Real Ideas and The Box, hosted a Heritage Lottery-funded exhibition in Plymouth Guildhall to celebrate the contribution made by powerful women who, over the last 100 years, have promoted, protected and empowered Plymouth’s citizens.

Plymouth women voters demonstrated their power over 100 years ago on 28 November 1919, when Nancy Astor became MP for Plymouth Sutton, with women voters forming the majority of those casting their votes.

This exhibition emphasised the importance of the women’s dimension in shaping the modern city, and celebrated the impact and legacy of women whose contribution needs to be rediscovered and placed into context alongside Nancy’s. They include those who worked with Nancy – like Bessie LeCras, Clara Daymond, Louise Simpson and Mary Bayley – plus later figures whose contributions built on the earlier legacy. Plymouth has a proud unmatched legacy, sending six women MPs to Westminster, a record covering 96 of the last 100 years.

Louise Simpson was one of the first 172 UK women appointed as magistrates in 1920; Clara Daymond was the first Plymouth women elected as a town councillor, in October 1919. Mary Bayley was a Councillor, a magistrate and an active supporter of initiatives including lobbying for women police, while Bessie LeCras became Nancy’s Parliamentary agent. But there are other names and this exhibition challenged the Plymouth local community to help us recover the record of their contributions over the last century, so we can remember figures like Jacquetta Marshall (the first female Lord Mayor) and later successors Dorothy Waldrond Innes, Eileen Evans, Sylvia Bellamy and Joan Stopporton.

We need to know more about magistrates like Frances Wyatt and Mrs James Buller-Kitson. The exhibition challenged people to come forward and add to the list. The top 30 out of up to 100 names (picked in a public vote held in January 2020) will feature in a new Plymouth heritage trail, launched in September 2020.

This Time Lock documentary examined Nancy Astor's local legacy and long-term impact and how her association with Plymouth shaped her political vision and her election to Parliament. It explored this from her encounter with Plymouth in 1908, when (as Mrs Waldorf Astor) she was an active campaigner for her husband.The documentary included interviews with Alexis Bowater and Penny Tarrant, as well as Lesley Abdela, who founded the 300 Campaign group in the 1980s.