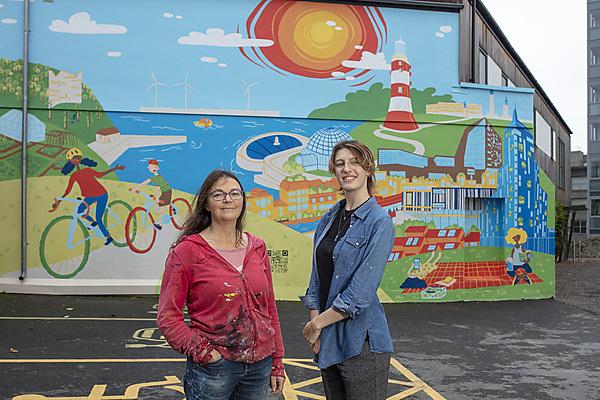 6 December 2022
Some of the successes of Plymouth’s sustainable revolution are now on display at the heart of the University of Plymouth campus.
An eye-catching mural has been created on the side of the Sustainability Hub, depicting a number of the city’s best known landmarks.
It shows a number of net-zero projects and activities that the University has already implemented, including the increased use of renewable energy sources and the harvesting of rainwater to support our water saving strategy.
It also connects existing and possible future projects from around the city, including efforts to restore seagrass habitats in Plymouth Sound, a vision for more tree planting initiatives, a drive for greener transport and efforts to promote the circular economy.
The mural - which can be viewed by members of the public as well as staff and students - has been created with the Net-Zero Visions project, funded by the Arts and Humanities Research Council and led by and .
Working in collaboration with Devon Climate Emergency, its aim is to unite community groups with creative professionals and net-zero transition experts to visualise how they can effectively address some of our most pressing climate challenges.
The mural was designed by BA (Hons) Illustration graduate Eleanor Croker, who won a competition that was open to students from across the University.
She then worked with mural artist Dr Kate Crawfurd to bring the piece to life, assisted by another BA (Hons) Illustration graduate Jessica Mallory.
To add further interest, the piece has been transformed into an augmented reality experience by BA (Hons) Game Arts and Design students Rosie Carter and Aaron Alchin.
By scanning the QR code, visitors can see animated local species against the backdrop of the mural, giving them the chance to get up close to Brown Banded Carder bees, Dunlins, primroses and oak leaves. 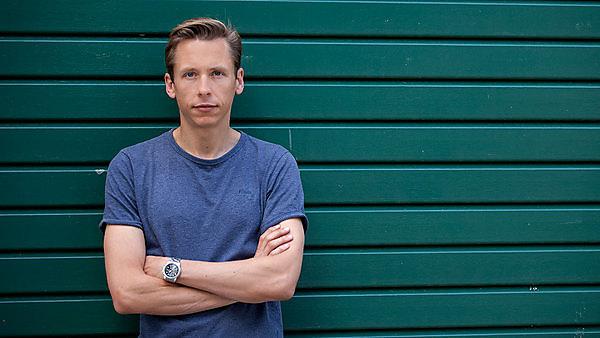 “The Sustainability Hub mural joins a suite of other artworks produced by creatives and communities across Devon. These include murals in Drake Circus and Tiverton; a set of mobile online games set in Plymouth; illustrations that take in Wembury, Brixton, Newton Ferrers and Noss Mayo, Yealmpton, Torbay and Exeter; poetry by the nationally acclaimed poet Fiona Benson; and an animation by Bafta winner Ashley Potter that is inspired by locations from across the county. These eye-catching Visions are part of a wider movement encouraging people to reimagine the places they live in, as a way of starting to work towards the necessary changes set out by the Devon Carbon Plan.”

"This project has changed my view of the world and I hope that it can change other people's too. It is just so easy to accept the world as it is – our busy lives, busy streets, the need for cars and machines to speed up our daily tasks – but why can't we slow down? It would be much more pleasant if we had a safe, car-free network of streets to walk and cycle around. Our health, our community and our planet would benefit. In Plymouth there are so many sources of green energy that we could exploit and we also have an excellent climate to grow food, and I would love to see us move towards a more self sustainable lifestyle. We are very lucky to live here and the possibilities for a really fantastic future for Plymouth are in our hands, we just need to think more carefully about our lives, what we value and how we see our future.”

The project aligns with the University’s campus masterplan which to continually enhance the campus so it remains an inspiring, progressive and sustainable environment in the heart of our vibrant city.
, Director of , added:

“This mural is much more than an opportunity to create something visually appealing. It is a demonstration of our connection to all parts of the community and how our campus is helping to address some of the greatest challenges of our time. The fact students, staff and partners have been directly involved in its creation mirrors our systems thinking approach to sustainability and I would encourage anyone to come and see this work.” 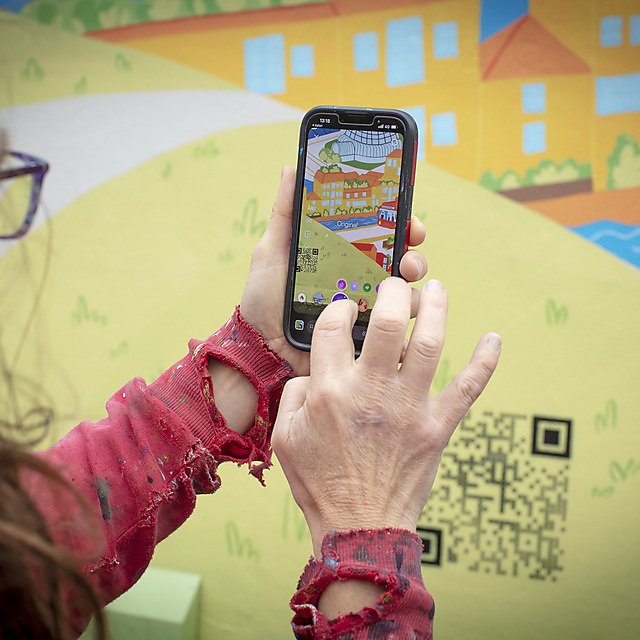 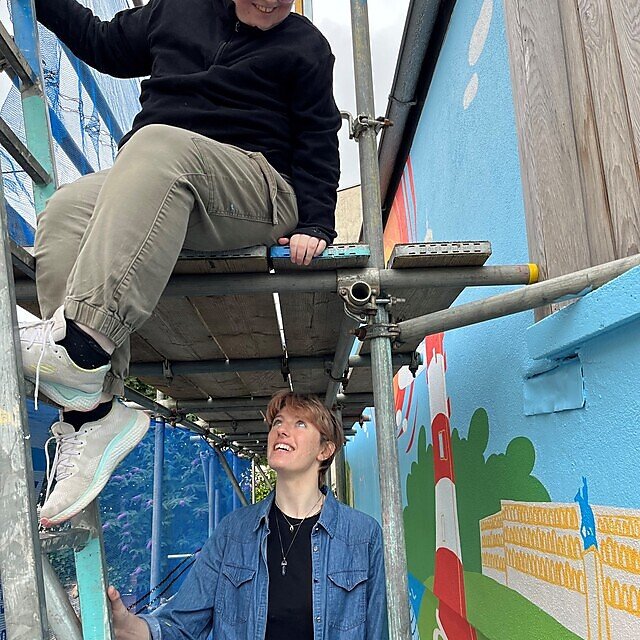 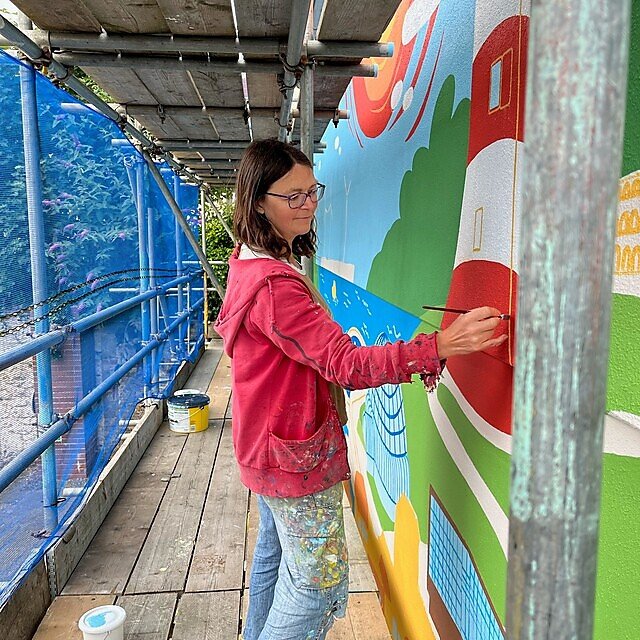 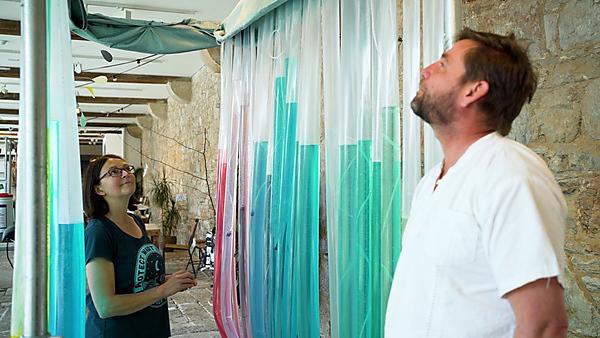 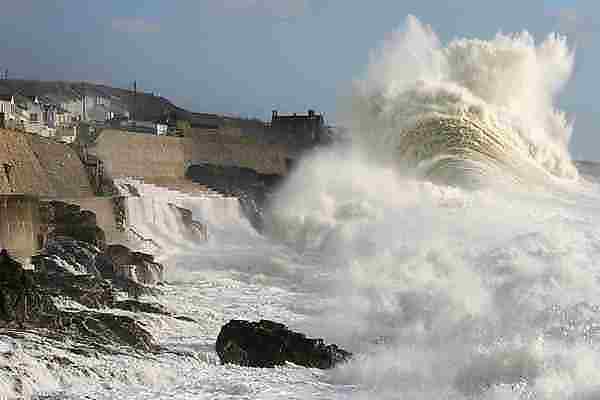 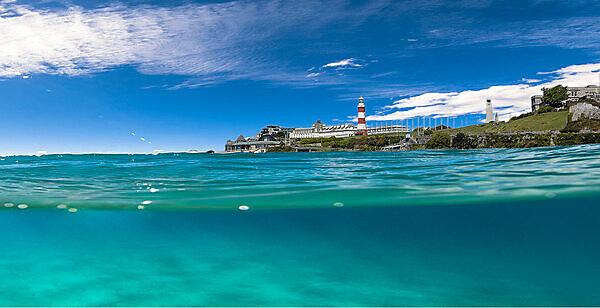 Plymouth is making a powerful, positive difference to individual and collective futures, and striving for excellence in financial, environmental and social responsibility across all our activities.

Our sustainability ambitions stretch across campus operations, teaching and research in a unique institutional approach.
Learn more about our approach to sustainability 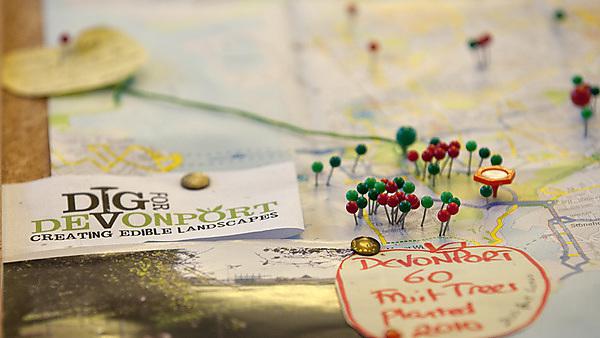