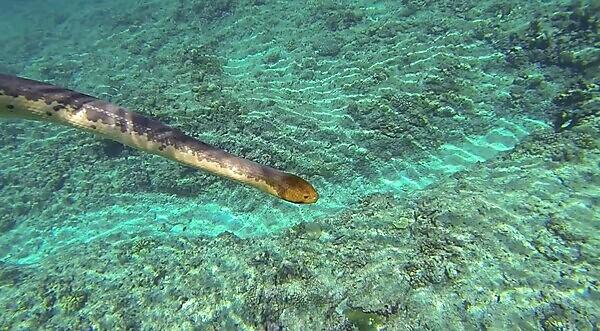 Sea snakes first entered the marine environment 15 million years ago and have been evolving ever since to survive in its changing light conditions, according to a new study.

Research led by the University of Plymouth has for the first time provided evidence of where, when and how frequently species have adapted their ability to see in colour.

It suggests sea snakes’ vision has been modifying genetically over millions of generations, enabling them to adapt to new environments and meaning they can continue to see prey – and predators – deep below the sea surface.

In an unexpected twist, the study published in Current Biology also suggests that diving sea snakes actually share their adaptive properties not with other snakes or marine mammals, but with some fruit-eating primates.

The research was led by Dr Bruno Simões, Lecturer in Animal Biology at the University of Plymouth, and involved scientists from the UK, Australia, Denmark, Bangladesh and Canada.

Dr Simões, formerly a Marie Skłodowska-Curie Global Fellow at the University of Bristol (UK) and University of Adelaide (Australia), said: 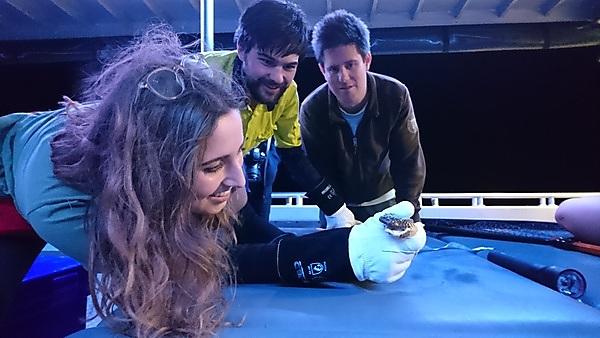 “In the natural world, species obviously have to adapt as the environment around them changes. But to see such a rapid change in the sea snakes’ vision over less than 15 million years is truly astonishing. The pace of diversification among sea snakes, compared to their terrestrial and amphibious relatives, is perhaps a demonstration of the immensely challenging environment they live in and the need for them to continue to adapt in order to survive.

“Our study also shows that snake and mammal vision has evolved very differently in the transition from land to sea. Sea snakes have retained or expanded their colour vision compared to their terrestrial relatives, whereas pinnipeds and cetaceans underwent a further reduction in the dimensions of their colour vision. This contrast is further evidence of the remarkable evolutionary diversity of snake eyesight.”

In the study, scientists say that despite being descended from highly visual lizards, snakes have limited (often two-tone) colour vision, attributed to the dim-light lifestyle of their early snake ancestors.

However, the living species of front-fanged and venomous elapids are ecologically very diverse, with around 300 terrestrial species (such as cobras, coral snakes and taipans) and 63 fully marine sea snakes.

To try and establish how this diversity occurred, scientists analysed various species of terrestrial and sea snakes from sources including fieldwork in Asia and Australia and historical museum collections.

They investigated the evolution of spectral sensitivity in elapids by analysing their opsin genes (which produce visual pigments that are responsible for sensitivity to ultra-violet and visible light), retinal photoreceptors and eye lenses.

Their results showed that sea snakes had undergone rapid adaptive diversification of their visual pigments when compared with their terrestrial and amphibious relatives. 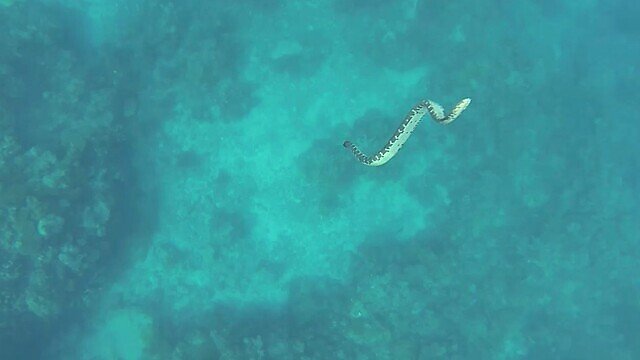 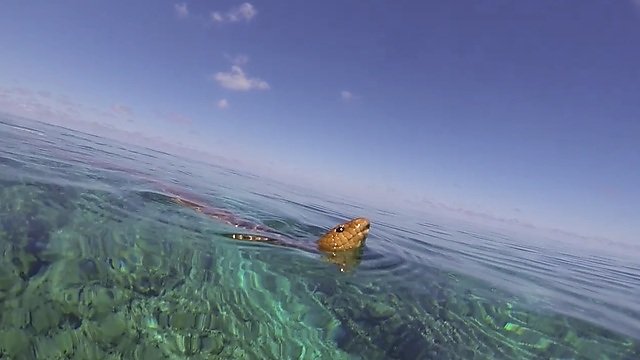 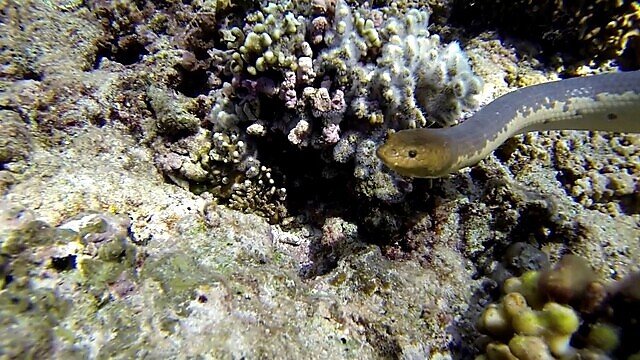 In one specific example, a particular lineage of sea snake had expanded its UV-Blue sensitivity. Sea snakes forage on the sea floor in depths exceeding 80metres, yet must swim to the surface to breathe at least once every few hours. This expanded UV-Blue sensitivity helps the snakes to see in the variable light conditions of the ocean water column.

Also, most vertebrates have pairs of chromosomes resulting in two copies of the same genes. In some fruit-eating primates, the two copies might be slightly different (alleles) resulting in visual pigments with different spectral properties, expanding their colour vision. This study suggests that some sea snakes used the same mechanism to expand their underwater vision with both UV sensitive and blue-sensitive alleles.

“Different alleles of the same gene can be used by organisms to adapt new environmental conditions. The ABO blood types in primates are a result of different alleles of the same gene. However, despite being very important for the adaptation of species this mechanism is still poorly reported. For vision, it has been only reported on the long-wavelength opsin of some primates but our study suggests an intriguing parallel with diving sea snakes.” 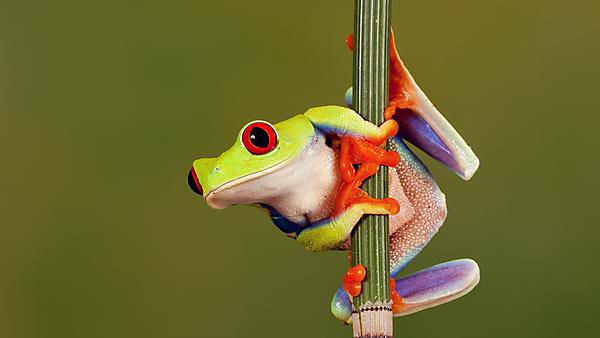