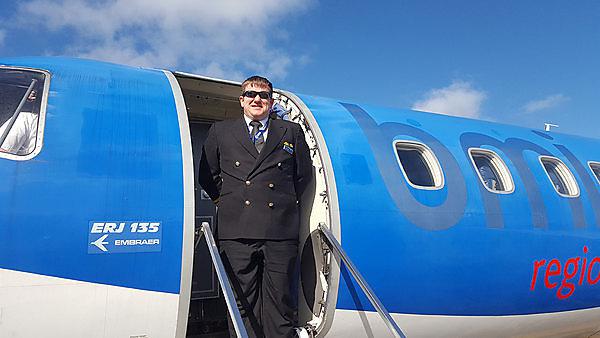 Current location: Based at Bristol Airport

Former Plymouth Geography student Greg McKay aimed sky high and is now a commercial pilot and RAF reservist. He explains how Geography at Plymouth helped him on the flight path to his dream career.

'' I was born in West Sussex and grew up in Hampshire. I had always enjoyed studying Geography throughout school. The varied nature of traditional studying, fieldwork, lab work and projects really appealed to me.

An undergraduate student at Plymouth starting in 2005, I graduated in 2008 with a First Class BSc honours degree in Geography. I specialised in coastal and glacial environments, as these areas particularly interested me. Being an island nation, the coastal environment is of particular relevance to us as a society. Alongside this, I chose glacial environments as I wanted to understand an environment completely foreign to me and not usually available to study in the UK. I particularly enjoyed the fieldwork, especially the second year trip to Ireland. I was also lucky enough to go on a third year field trip to Iceland.

Straight after graduating I started work for the European Aeronautic Defence and Space Company (EADS) in their Space Division “Astrium”. Here I supported the manufacturing department in a data analysis role. In 2009 I left to study for my commercial pilots licence, travelling to Arizona in the process. In 2012, I was commissioned in the RAF Reserves, something I am particularly proud of and continue to support to this day.

At present I am a First Officer with a major regional airline in the UK. I fly the Embraer 145 aircraft, a 49 seat regional jet. A typical day can start at 0500 and finish at 1800, with four or five flights in a day. Often night stopping around Europe, this provides a great opportunity to experience other cultures and explore the Geography of other nations. The best part of my job is being able to look out of the window and never see the same thing twice!

Whilst the theoretical knowledge learnt in my degree is rarely needed, as a commercial pilot, I use the “soft” skills learnt every day. Team work, communication and an ability to understand information in an intuitive manner are all important skills. Gaining a high degree classification in a science subject from a reputable university has definitely aided my career.

Geography is such a varied subject and can offer not only knowledge and skills useful for later life and careers but it is also an enjoyable subject to study. I thoroughly enjoyed my time at the University and often think back to it even though it is now 10 years ago!

I had always wanted to be an airline pilot, even before studying at Plymouth. Gaining my degree was one step along the route towards this and I am looking forward to gaining my command and becoming a Captain.'' 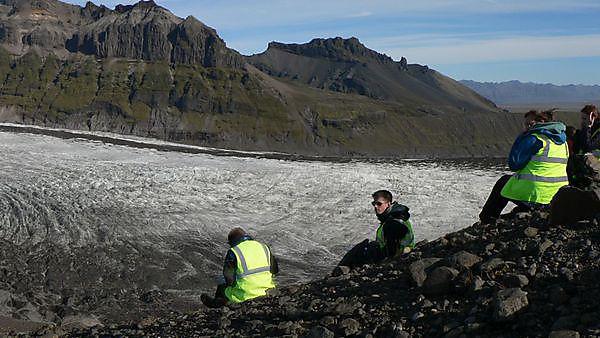