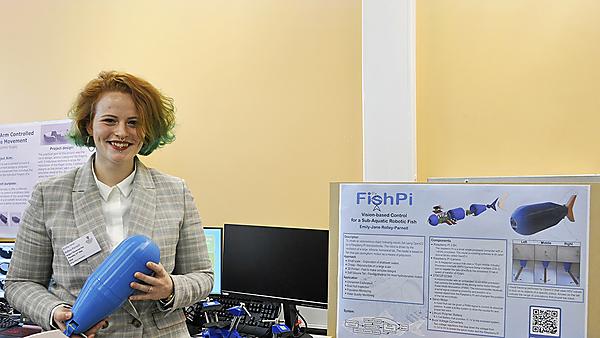 The lab is where it's at

One of the main reasons why I chose to study BEng (Hons) Robotics at Plymouth was because there is a lot of lab time. A lot of time to put our learning into practice.

We have a lab dedicated to people doing electronics and robotics. It acts as a central hub, so there is always someone around to ask for help.

A lot of the projects you do are team-based across a variety of areas. There is a nice unity, a nice community.

There is an entire floor for lab space, where each room houses different facilities from digital signal processing, robotic arms, 3D printers and computers.

From programming boards and using real-time operating systems, to learning about Very High Speed Integrated Circuit Hardware Description Language (VHDL), you will start to discover what you are passionate about and want to pursue further. 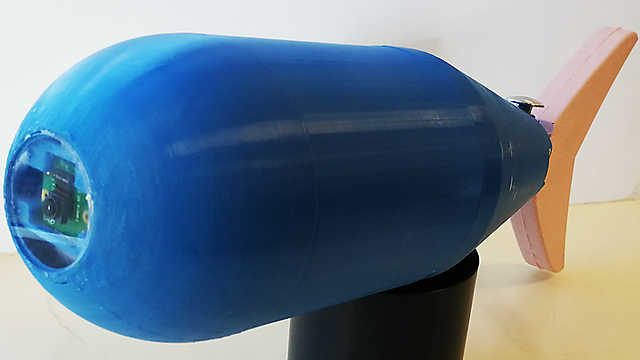 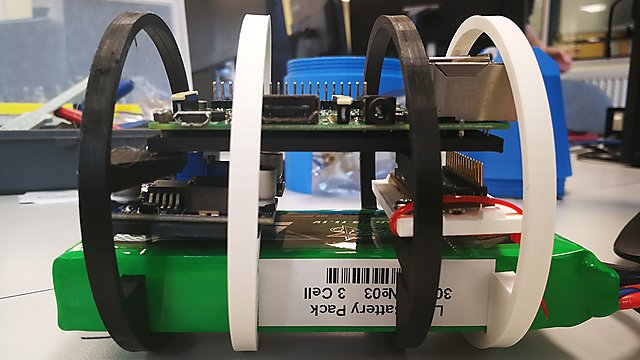 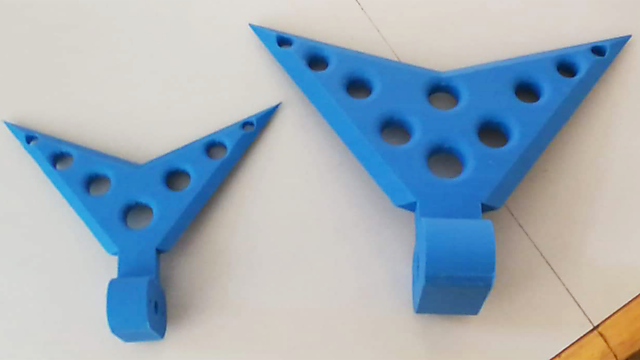 Based on my emerging passion and interest areas, the aim of my research project was to make a robot fish. The robot fish needed to be sealed, waterproof, and to be able to incorporate a camera to see underwater.

My thoughts were, if it can navigate underwater and use a camera it can look at fish population, coral bleaching and help monitor changes in the environment. It can also be a cost-effective way to monitor boat hulls, using the camera to track any faults along the bottom of boats without having to remove the entire boat. It's a lot faster, it's a lot easier.

I ended up putting a clear coat over it which had some acetone in it, which melted the surface of the plastic and made it a little bit more watertight, finishing it with plumber's tape applied around the seals.

I chose to use a silicon cased fish tail, which isn't as efficient as using propellers most common for underwater vehicles, but I wanted to try make it a little bit bio-inspired.

The robot is controlled thanks to a camera, which has a visual input, and a servo motor. The servo motor controls the position of the fin which will waggle on one side or the other depending on which direction it wants to swim.

By using the camera input I am able to choose a target to track. I can select the colour of the target I would like to track and it will then use a visual processing library called OpenCV to find this specific colour and draw a circle around it. I can then find the position in the image where that object is.

Whether the object is found on the left or right will change the direction the fish will swim in, because I want the fish to swim towards the object. Depending on how big the object is will affect the speed it swims.

The power of a placement

For my placement I went to work at the Italian Institute of Technology for a year and it was really hard. I didn’t speak or read any Italian. I was going from being a second year student, who didn’t know everything, to working with postdoctorates and PhD researchers.

The atmosphere was completely different and it took me quite a long time to get settled and to make friends with people who were five, ten, fifteen years older than me. You have to find the things you have in common and eventually I found it.

Once I had settled, what I got out of the placement was amazing. I was given an individual research project and the first five months I spent reading and trying to improve my coding. After this period, everything then clicked.

I had gone so far with my project using someone’s else’s method, trying to build on what someone else had already done. I went from building something in 2D into 3D and then realised I couldn't use this existing system to go to where I wanted to go.

It took me five months to realise I needed to start from scratch again. I decided to re-write it all, which was quite difficult but in the end worth it.

In my project I used a Xbox Kinect camera because they have a RGB-D sensor, which means they have got a normal camera as well as a depth sensor. I used a pre-made neural network to process an image and, in real time, estimate the positions of the body in the image – your wrists, elbows, shoulders, and face.

I could then follow this up working in 3D, because you also have the depth as well, and was able to map it to a robot. I ended mapping it to a centaur robot, which allowed me to move in real time and control the robot.

I wrote a paper on this research and it got published. To be already a twice published researcher in my second year was unbelievably helpful with job applications and getting to where I want to go after I graduated.

The merits of a mentor scheme

One challenge I had to cope with at University is being on the autistic spectrum. I really struggle with social interaction and paying attention. Sometimes in lectures I found myself falling a sleep, not from lack of interest or lack of sleep, my brain just shut down.

But I found a mentor system through the University which helped immeasurably. I had someone who I met once a week and chatted through anything I was struggling with or wanted to get off my mind.

In those periods of stress where you have exams and hand-ins it was a massive, helpful resource and made a big difference to my life. 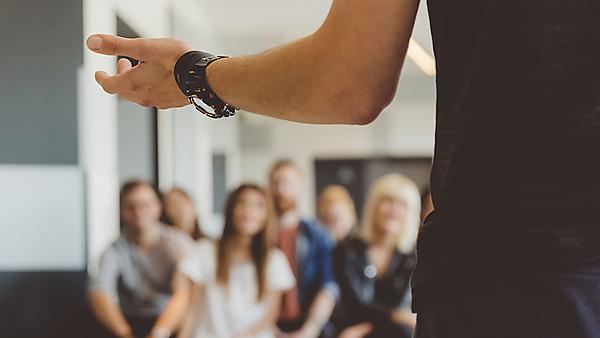 Being a role model for girls in STEM

If you’re a girl and you’re looking to do maths, engineering or science, absolutely go for it. 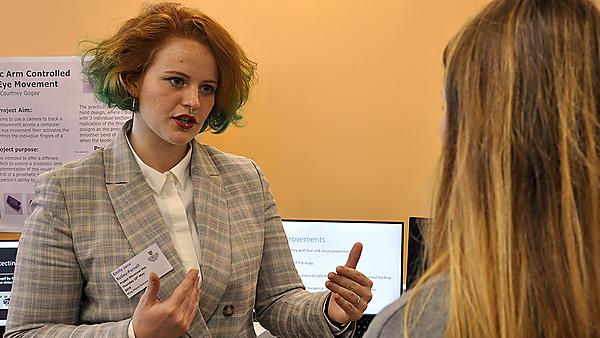 The world is changing and as I progress into the industry I will become one of the role models for people younger than me – those now doing their A levels – to follow.

I want to become a role model and it is our responsibility to encourage people to do the things they feel enthusiastic about.

I would recommend any girl who is looking at engineering and maybe has a couple of doubts, thinking I might not be good enough to be doing it, to just do it!

Since coming to Plymouth I have changed a lot. I’m a lot more outward, a lot more confident.

Looking back to my placement, it was such a stark difference from when I first arrived to the very end, but in the final four months I really did get into the self-led research which has encouraged my next step towards making my mark in the industry – I’m now set to do a PhD focusing on insect robotics.

Whether you are interested in mechatronics, artificial intelligence or the possibilities for biosensors, the BEng Robotics will encourage you to push your limits.

Our emphasis on high level robotics, including mobile and humanoid automation, and our focus on the electronics and hardware that support industrial and service robotics is complemented by the hands-on approach you'll develop in our specialist laboratories. 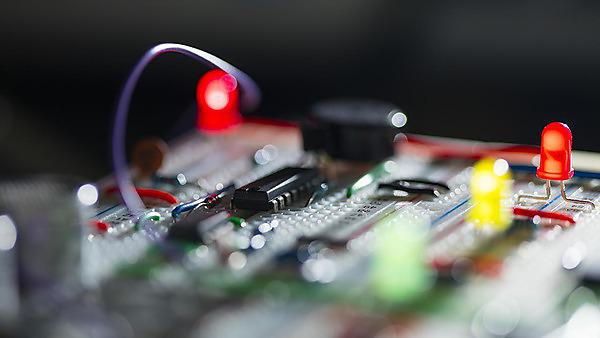 Women in electronics and robotics

Within the School of Engineering, Computing and Mathematics there has been a historic and consistent commitment to promote and encourage women in to electronics and robotics.

We are striving to eliminate the gender imbalance that exists nationally in the engineering sector.
Find out more about some of our women in electronic and robotic engineering 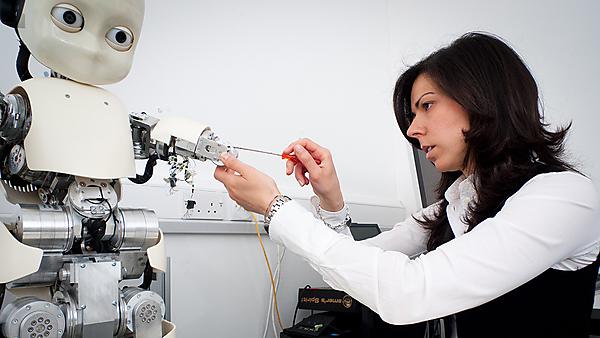