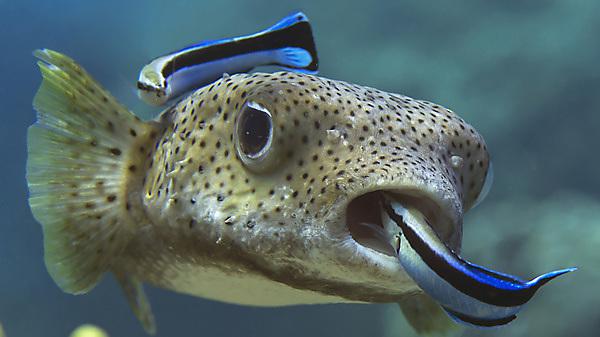 One doesn’t have to observe humans in their natural habitat for long to witness many and varied examples of positive social behaviour (prosocial behaviour), often directed towards complete strangers. People might vacate a seat on a crowded bus or train to let an elderly person sit down, hold open a door for others, or help a struggling parent to carry their pram down a flight of stairs. Humans also willingly donate resources, such as money or food, to others for example by giving to charity – in some cases people even risk their lives to help others in need.

This lecture focused on the evidence showing that many examples of human cooperation can be explained by the reputation benefits it brings to the helper and how competition for status can even lead to generosity tournaments, where individuals compete to out-do one another.

It also included a discussion of parallel research on the coral reef-dwelling 'cleaner fish', who help their 'client fish' by removing skin parasites, despite preferring to eat living tissue, such as scales. The cleaner fish arrangement, just like helping behaviour in humans, can be explained in terms of reputation. These two diverse examples highlight the important and widespread role that reputation plays in promoting cooperation.