The Vaccine Group (TVG), a University of Plymouth spinout company, is to play a central role in a multi-million-dollar project to protect US military forces from Ebola, Lassa fever and other deadly zoonotic viruses that jump from animals to humans.

The company, established by Dr Michael Jarvis, is a principal partner in an international team of scientists awarded up to $9.37 million (£7.2 million) by the US government’s Defense Advanced Research Project Agency (the “Agency” or “DARPA”).

TVG’s role will be to develop novel vaccine approaches to enable scalable vaccination of remote and hard-to-reach wildlife animal populations that harbour these zoonotic viruses.

The other partners will work on analytic tools to predict when a zoonotic virus in a geographic hot spot is most likely to make the jump from animals into humans.

Dr Jarvis, Associate Professor in Immunology and Virology in the University’s School of Biomedical Sciences, said:

“This highly collaborative project epitomizes the modern approach to science. The way DARPA has designed PREEMPT has brought together key scientific expertise from around the world towards solving the major threat of pandemic disease. Not only will this project benefit US military personnel, it also has the potential to benefit the global population as a whole.”

The agreement has been brokered by the University’s commercialization partner Frontier IP, which holds a 19.2 per cent stake in the company. Its chief executive Neil Crabb said:

“We’re very excited our portfolio company The Vaccine Group and its unique technology has such an important part in a project that could result in a breakthrough in how potential pandemics are prevented.”

Although PREEMPT is intended to protect US military service members and the local communities where they operate, it reflects increasing concern among global health agencies about the potential pandemics emerging from animals to infect humans.

Diseases can arise from domestic and wild animals, including fruit bats, gorillas, pigs, rodents and poultry, and TVG’s project work will initially focus on Lassa fever in rats and Ebola in non-human primates.

Its novel animal vaccination strategy is based on safe forms of cytomegaloviruses (CMV) that are naturally prevalent in nearly all animals, including humans.

The vaccines are created by modifying these viruses — inserting small regions of the viral pathogen being targeted (eg. Ebola virus) to stimulate immune responses against the virus prior to possible exposure.

Because the resulting vaccine is CMV-based, it has the potential to reach a large number of animals within a single, defined animal population. Co-evolution with animal species over millions of years has resulted in CMV being highly restricted to a single animal population and to the lack of disease from CMV in these animals – both of these provide important levels of safety. The CMV vaccine will be rendered even safer by additional modifications. Once a critical mass of animals has been immunized, the zoonotic disease no longer poses a danger to humans.

During experiments conducted exclusively in contained, biosecure facilities, TVG and its partners will explore the safety and efficacy of such scalable countermeasures and delivery mechanisms, while it is also developing techniques to accelerate vaccine development.

The vaccines TVG is developing can also be used conventionally, through injections and sprays. Early stage trials show it has the potential to be longer lasting than existing vaccines, with an early application being developed to combat bovine TB.

"DARPA challenges the PREEMPT research community to look far left on the emerging threat timeline and identify opportunities to contain viruses before they ever endanger humans. We require proactive options to keep our troops and the homeland safe from emerging infectious disease threats."

“A vaccine designed for broad uptake within a specific animal community could be a game changer by enabling large populations of animals to be protected against emerging diseases. If we can disrupt the spread of a virus within an animal community, we will help to eliminate the threat of animal diseases ultimately spilling over into humans.” 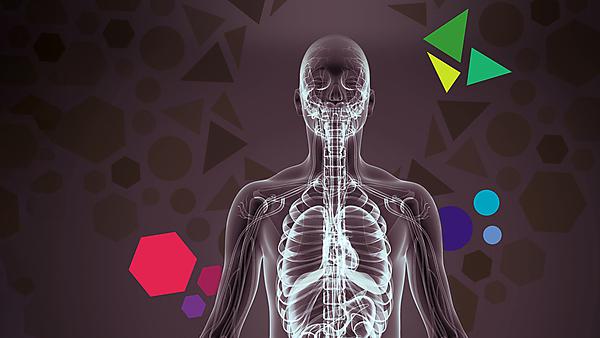