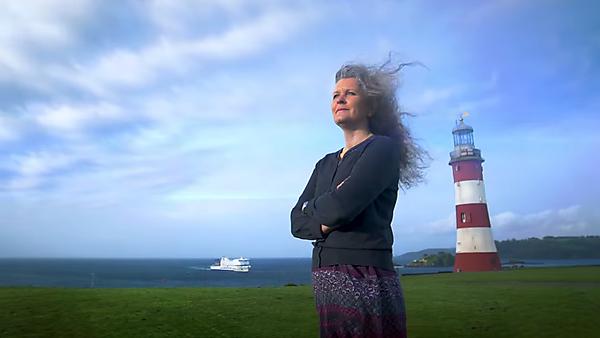 The University of Plymouth is featured in a new film highlighting how civil engineering has shaped Plymouth and transformed the lives of people in the city.

Engineering Plymouth illustrates the city’s engineering journey through time before focusing on its future and the people tasked with leading current major engineering projects.

It has been produced as part of the Institution of Civil Engineers (ICE)’s 200th-anniversary celebrations and also coincides with the Government's Year of Engineering.

Among the locations featured in the film are the University’s COAST Laboratory, Electron Microscopy Centre, Marine Station and Structural Integrity Laboratory.

“We are very proud to be collaborating with the Institution of Civil Engineers in the production of Engineering Plymouth. It is a privilege to be able to celebrate the past achievements of our great British civil engineers and to show how the University of Plymouth is playing its part in shaping the future of our modern Ocean City and beyond.”

The film was produced by Wind & Foster and narrated by actress Dawn French, with music by acclaimed singer-songwriter Seth Lakeman.

It brought to life more than 500 years of engravings and archive photography and was supported by 14 regional partners and over 30 contributing organisations.

With more than 25 filming locations in Plymouth and surrounding areas, the film also featured iconic landmarks including Smeaton’s Tower and Tinside Lido on the Hoe, the Guildhall and St Andrew’s Church in the city centre, the Tamar and Royal Albert Bridges, Fort Bovisand in the South Hams and the Plymouth and Dartmoor Railway.

“Engineering Plymouth explores the role of civil engineers in designing, building and creating our city– both in the past and into the future. It aims to highlight that civil engineering is a rewarding and creative career and hopes to encourage the next generation to join the profession. This truly collaborative production has bought together the community to show both the history, and the future, of this city that we all love.”