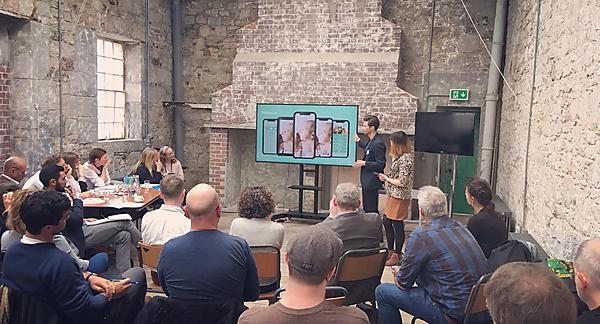 Budding entrepreneurs are being invited to build a business in just 54 hours at a special startup event this month.

The Plymouth Startup Weekend will provide a platform for people to pitch ideas, develop business plans, design prototypes and present to a panel of experienced entrepreneurs over three intensive days at the University of Plymouth.

Business ideas can cover any theme, could include products, services and experiences, and could address any market opportunity. The winning teams will receive a range of prizes, including places on Plymouth College of Art’s Creative Incubation Programme as part of the ERDF-funded Atlantic Youth Creative Hubs project, co-working space in the Formation Zone at Plymouth Science Park, mentoring from entrepreneur Stewart Noakes at Canopy Coaching, and support from other partners.

The event is part of the Techstars Startup Weekend movement and iMayflower, a flagship project for Plymouth supported by The Department for Digital, Culture, Media and Sport through the Cultural Development Fund. It is being organised by the University’s Knowledge Exchange initiative The Bridge alongside Google-backed start-up supporters Techstars..

Professor Chris Bennewith, Head of the School of Art, Design and Architecture, said:

"Dealing with the challenges facing society requires an approach that is both creative, and makes full use of the latest advances in technology. Plymouth’s Startup Weekend is a great opportunity for anyone who has an idea, but may not be certain how to put it into practice.”

The weekend begins on Friday 15 November with dinner and networking, before Dawn Bebe, Founder and Communications Director at Crowdfunder, will officially open the event. Participants will then pitch their business idea, before votes are cast and teams formed around the winning ideas.

Peter Kelly, CEO of Imployable, will launch proceedings on Saturday, during which there will be a customer validation workshop led by Momentum SW, coaching sessions, and a workshop on Brand Building by Astley Media. Finally, on the Sunday, there will be a pitching workshop led by Techstars facilitator Cindy Spelt, final presentations, and then judging and awards.

"The feedack from the first Plymouth Startup Weekend was very positive, and there was a palpable sense of excitement and positivity from everyone involved,"

"This second edition is the first under the iMayflower banner, which is working to create a legacy from the Mayflower 400 commemoration, developing new opportunities, creative spaces and skills for the creative industries."

Among the other businesses to be contributing as judges, mentors or coaches include Astra Recruitment, Plymouth Software, Elixel, Plymouth Culture and Thompson Jenner.

The Plymouth Startup Weekend is the second of its type after a pilot event was run in April focused upon health and wellbeing. There, five ideas were worked on including a mindful photography app for parents, a peer to peer connection app aimed at students, and a gaming network to help tackle mental health in young males/gamers.

“It is fantastic to see the Plymouth Startup Weekend gaining such momentum! Experiences like this really do have the power to transform people’s lives. By supporting and encouraging entrepreneurial thinking and behaviours we have the potential to increase the financial, social, creative and intellectual capital of society. iMayflower is on a mission to supercharge Plymouth’s creative ecology and drive cultural and economic development across the city – we need to make sure that everyone has the opportunity to benefit from this growth.”

About the School of Art, Design and Architecture

About The Bridge initiative at the University