The planet’s oceanic crust has been shaped over hundreds of millions of years by volcanic activity – but much of this volcanic system is hidden below the seafloor.

Magma moves and solidifies to add two million kilograms of new material to the Earth’s crust every second during a process called seafloor spreading. However, how this magma migrates and what controls this remain puzzling.

New research led by the University of Plymouth aims to unlock some of these mysteries and provide greater understanding of the dynamic processes occurring at depth beneath the seafloor.

They are thought to sit on top of hot mushes made up of crystals surrounded by small amounts of magma, and this system in the lower crust feeds magma upwards through conduits known as dykes which, in turn, leads to the eruption of lava onto the seafloor.

How this process occurs is currently poorly understood because the deep crust is largely inaccessible in the oceans. So instead, researchers will study an ancient section of seafloor now exposed on land in the Oman mountains, and use a combination of analytical methods to determine the pathways followed by magma during the construction of oceanic crust by seafloor spreading.

The project is being supported by a grant of more than £650,000 from the Natural Environment Research Council, part of UK Research and Innovation. It will be led in Plymouth by Professor of Geophysics and Geodynamics Antony Morris and Dr Michelle Harris, Lecturer in Earth Sciences, and involves a partnership with Professor Chris MacLeod (Cardiff University) and Dr Benoit Ildefonse (University of Montpellier).

Professor Morris, the project’s principal investigator, led a study demonstrating how geophysical magnetic methods may be used to discover magma pathways in Oman, published in Geology in March 2019. 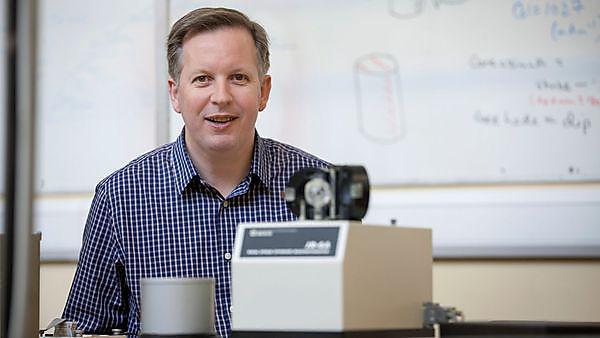 “Plate tectonics is a unique characteristic of our planet and continuously repaves two-thirds of the Earth's surface. The formation of new oceanic crust represents the largest magmatic system on Earth and involves the cooling and solidification of magma along the 70,000 km global network of seafloor spreading axes. Understanding the details of how ocean crust forms is therefore critical to understanding the exchange of heat and mass from the solid Earth to the oceans and atmosphere.

“Since the rocks of the deep oceans are inaccessible, scientists have largely had to employ geophysical experiments to investigate the sub-seafloor. This project offers us exciting opportunities to read the rock record of these magma processes in unprecedented detail to create a comprehensive picture of one of the building blocks of our planet.”

“This project is particularly exciting for the multidisciplinary approach we will take and the scale at which we will work. The combination of linking the magmatic fabrics investigated using AMS with the geochemistry of the melts offers real opportunity to study the magmatic systems in a holistic fashion that hasn’t been attempted at this scale before.

"The potential to relate our large-scale studies with the observations from the East Pacific Rise will be a major step forward in studying seafloor spreading.” 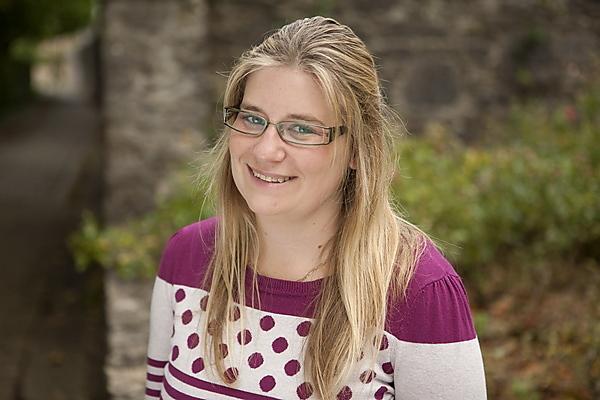 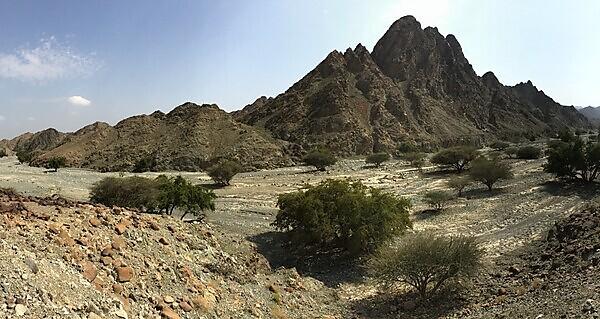 In this new project, they will use a technique called anisotropy of magnetic susceptibility (AMS) to measure the 3D preferred alignments of crystals resulting from the flow of magma during the formation of crustal rocks to map out magma pathways along more than 100 km of the Oman spreading axis.

This will then be combined with geochemical analyses of rock compositions to develop a comprehensive 3D model for the anatomy of the magma systems responsible for forming two-thirds of the Earth's surface.

Read more about our work on the Oman Drilling Project

The project aims to answer scientific questions about the formation and modification of the oceanic crust and shallow mantle using drill core from the Oman ophiolite. 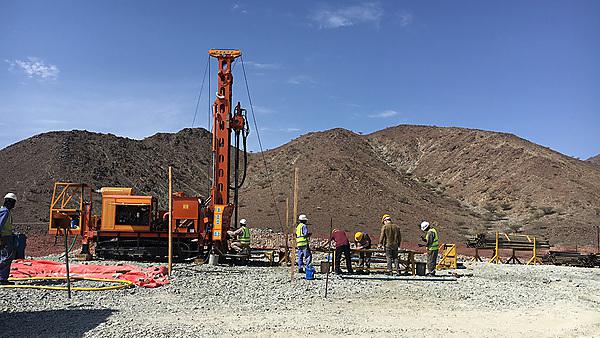