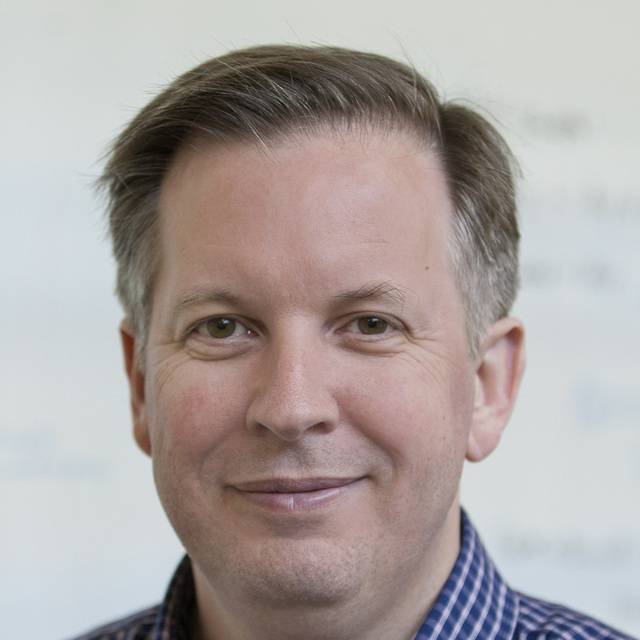 Professor of Geophysics and Geodynamics

Certificate in Teaching and Learning in Higher Education (University of Plymouth)

Fellow of the Royal Astronomical Society

Fellow of the Geological Society of London

Member of the British Geophysical Association

Member of the American Geophysical Union

As a geophysicist I am interested in applying physical methods to look at plate tectonic and geodynamic processes. In addition, I use field studies to examine the evidence for oceanic crustal processes preserved in ophiolites. I have worked mainly in the eastern Mediterranean orogenic belt, but also have extensive experience of engagement with the International Ocean Discovery Program (that collects rock and sediment samples from the present-day ocean basins via scientific ocean drilling). I use my wide range of interests to inform my teaching. For example, I organise an annual nine-day field excursion to the Troodos ophiolite, Cyprus, drawing upon my research interests in this globally significant ophiolite.

The main focus of my research has been the magnetic analysis of samples of oceanic lithosphere recovered from the world's oceans by the International Ocean Discovery Program and innovative investigations of major ophiolites (slices of oceanic lithosphere that have been emplaced tectonically on to land).
International Ocean Discovery Program (IODP) research:
I have sailed five times on the JOIDES Resolution, the state-of-the-art scientific drillship operated by IODP, and once on the RRS James Cook (part of the UK research fleet). My first expedition was in 2004/2005 on IODP Expedition 304/305. This recovered a complexly layered sequence of gabbros and minor ultramafic rocks from the footwall of a major oceanic core complex known as Atlantis Massif, located at 30 degrees north on the Mid Atlantic Ridge. The core, extending to over 1400 mbsf, opens a window in to lower crustal accretion processes. Shorebased research was carried out in collaboration with Prof Chris MacLeod (Cardiff University), Prof Jeff Gee (Scripps Institution) and Prof Bobbie John (University of Wyoming). The award of a NERC Standard Research Grant allowed us to conduct detailed palaeomagnetic analyses of the Expedition 304/305 core materials, and to combine these with wireline log interpretation, geochronological and geochemical data to provide important insights into the spatial and temporal controls of the accretion of slow-spreading rate lower oceanic crust. The project benefited from the research of Dr Nicola Pressling, a NERC research fellow funded by the project.

In April - June 2011, I was back on the "JR" as Lead Shipboard Palaeomagnetist on IODP Expedition 335, part of the "Superfast Spreading Crust" campaign focused on Hole 1256D. This deep hole was the first to reach the uppermost in situ gabbroic lower crust. Unfortunately, recovery during Exp 335 was limited due to challenging hole conditions, but samples have provided insights into the nature of the thermal boundary layer at the top of the lower crust.

In December 2012-February 2013 I was Lead Shipboard Palaeomagnetist on IODP Expedition 345 to Hess Deep in the Pacific Ocean. This recovered a suite of cores from primitive lower crustal layered gabbros for the first time, confirming the broad features of the ophiolite paradigm and providing a complete picture of the bulk geochemistry of fast-spreading EPR crust. Post cruise research is focusing on the development of magnetic fabrics in these layered gabbros and the origin of multicomponent remanences in these rocks.
In June-July 2014, I was back on board the JR again, this time as Lead Shipboard Palaeomagnetist on IODP Expedition 351 "Izu-Bonin-Mariana Arc Origins", one of three back-to-back drilling expeditions designed to examine the evolution of the Izu-Bonin-Mariana arc system in the northwestern Pacific Ocean. This sampled a 1.4 km sedimentary succession documenting the responses of the upper plate to subduction initiation and the subsequent arc evolution. The site also penetrated into the "basaltic" basement, providing insights into the geochemistry and age of the basement rocks. Post-cruise research involved collaboration with Dr Marco Maffione (now at Birmingham University) to investigate the development of magnetic fabrics in deep sea pelagic sediments, and the palaeolatitudinal movement of the Philippine Sea plate.
Most recently, in December 2015 - January 2016 I sailed as Lead Palaeomagnetist on IODP Expedition 360 "Indian Ridge Moho", that drilled into the footwall of the Atlantis Bank oceanic core complex on the SW Indian Ridge. This long-term project offers the prospect of drilling vertically through a geomagnetic reversal boundary in the oceanic crust for the first time, although we did not reach this level during Expedition 360 unfortunately.
Ophiolite research:

In addition to research in oceanic lithosphere via the IODP, I have also focused on the application of palaeomagnetic and magnetic fabric techniques to a range of geodynamic and tectonic problems within ophiolites of the Tethyan orogenic belt and elsewhere. Field areas have included Albania, Canada, Cyprus, Oman, Syria and Turkey. In most cases, this has involved using advanced net tectonic rotation analysis methods to interpret paleomagnetic magnetisation data (a novel approach that out-performs standard structural corrections in complex ophiolite settings). Examples of these projects include:
(i) an integrated palaeomagnetic and structural analysis of the tectonic evolution of the Hatay ophiolite, southern Turkey (PhD research of Jennifer Inwood), proving that it rotated as part of a broad oceanic microplate along with the Baer-Bassit ophiolite (NW Syria) and Troodos ophiolite (Cyprus)
(ii) proving paleomagnetically that an oceanic core complex is preserved in the Mirdita ophiolite of Albania, extending the record of slow-spreading rate detachment-mode seafloor spreading back to the Jurassic (postdoctoral research of Marco Maffione)
(iii) showing that the tectonic evolution of the Mersin ophiolite (Turkey), which exposes a superb sequence of lower oceanic crustal gabbros, involved detachment-mode seafloor spreading and progressive rotation (including a major phase of rotation in the footwall of an oceanic core complex after emplacement of the Mersin metamorphic sole) (PhD research of Ahmed Omer and ResM research of Bugra Cavdar)
(iv) magnetic fabric analyses of gabbros in the fast-spreading rate Oman ophiolite and their implication for lower crustal accretion (PhD research of Matthew Meyer)
(v) determining the origin of fluid-mediated remagnetisation of the southern massifs of the Oman ophiolite using paleomagnetism, magnetic fabric analysis and end member modelling of isothermal remanent magnetisation acquisition curves (PhD research of Louise Koornneef)
(vi) magnetic fabric analysis of the Ordovician Thetford Mines ophiolite of the Canadian Appalachian mountains, where tectonic fabrics during late stage orogenesis (Acadian orogeny) have largely obliterated primary seafloor fabrics in the ophiolite (postdoctoral research of Anita Di Chiara)
(vii) reconstructing the kinematics of Late Cretaceous subduction initiation in the Neotethys Ocean by restoring paleoridge orientations in eastern Mediterranean opholites (via a collaboration with the ERC "SINK" research programme led by Douwe van Hinsbergen, Utrecht University)