Images in the wake of violent coastal storms usually focus purely on the extensive damage caused to beaches, dunes, property, and surrounding infrastructure.

However, a new international study has shown that extreme weather events could help protect beaches from the impact of sea-level rise – by bringing in new sand from deeper waters or from nearby beaches.

It examined three coastlines across Australia, the United Kingdom and Mexico, each of which had been subjected to a sequence of extreme storms or extended storm clusters, followed by a milder period of beach recovery.

In the UK, researchers have studied Perranporth beach in Cornwall since 2006, using a combination of monthly beach topographic surveys and quasi-annual bathymetric surveys.
Here, the impact of the extreme 2013/14 and 2015/16 winters resulted in very significant losses of sand from the intertidal beach and dune system. However, when looking at the total sand budget, including the underwater part of the beach, it was observed that by 2018 the beach had gained 420,000 m3 of sand.
Meanwhile in Australia, researchers studied Narrabeen beach in Sydney in the wake of a 2016 storm, which ripped a swimming pool away from a property overlooking the coastline.
Using high-resolution measurements of the beach and seabed, they were able to show that sediment gains were sufficient to theoretically offset decades of projected shoreline retreat. 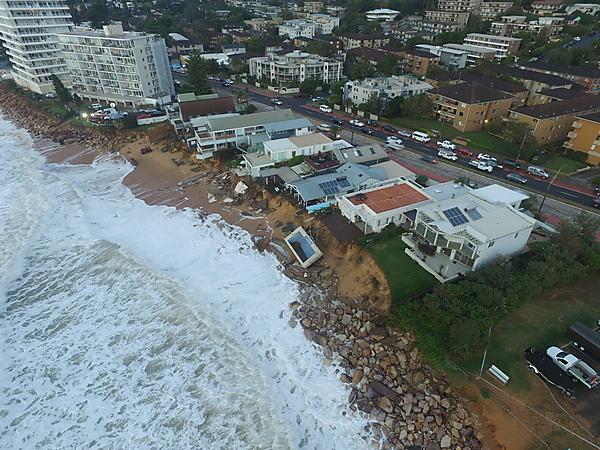 The damage caused at Narrabeen beach in Sydney in the wake of a 2016 storm (Credit: UNSW Sydney)

In the published study, the researchers say there are so few measurements of the seabed immediately off our coastlines that it is hard to tell how much sand could potentially be mobilised in the future.
However, they believe that while these findings are from only a limited number of extreme storm sequences, they potentially change how people can understand the long-term future of our coastlines.
, who leads the Coastal Processes Research Group at the University of Plymouth, added:

“Looking at the extra sand gained by the beach at Perranporth, we are not quite sure whether this has come from offshore or from around the corner, or even both. However, we do now understand that extreme waves can potentially contribute positively to the overall sand budget, despite causing upper beach and dune erosion. We have previously shown that coral reef islands could naturally adapt to survive the impact of rising sea levels, and this study shows the changes to our own coastlines could mean the impact of extreme storms are not wholly negative.”

“We know that extreme storms cause major coastal erosion and damage to beachfront properties. For the first time we looked not just above water, where the impacts of extreme storms are easy to see, but also deep down below it as well. What we found was that hundreds of thousands of cubic metres of sand was entering these beach systems during these events – that’s similar to the scale of what engineers use to nourish a beach artificially. This could potentially be enough to offset some of the impacts of sea-level rises caused by climate change, such as retreating coastlines, and by several decades in the long-term. It’s a new way of looking at extreme storms.” 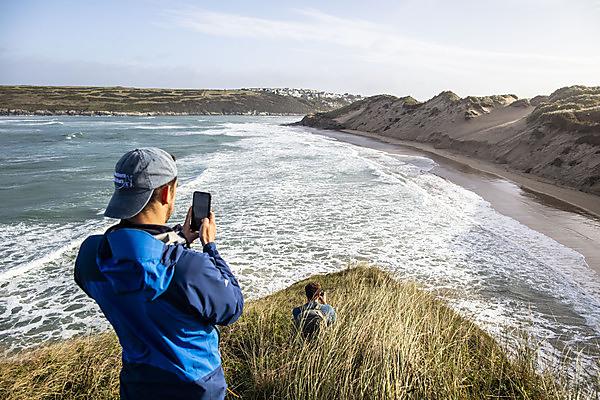