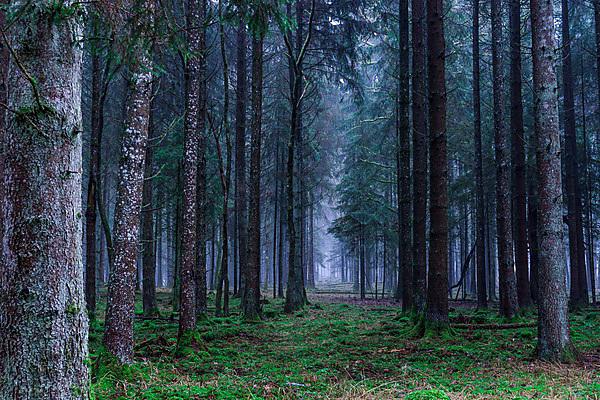 More than half of Europe’s forests have disappeared over the past 6,000 years thanks to increasing demand for agricultural land and the use of wood as a source of fuel, new research led by the University of Plymouth suggests.

Using pollen analysis from more than 1,000 sites, scientists showed that more than two thirds of central and northern Europe would once have been covered by trees.

Today, that is down to around a third, although in more western and coastal regions, including the UK and Republic of Ireland, the decline has been far greater with forest coverage in some areas dropping below 10 per cent.

However, those downward trends have begun to reverse, through the discovery of new types of fuel and building techniques, but also through ecological initiatives such as the ongoing National Forest project and the new Northern Forest, announced by the UK Government in January 2018.

The study is published in Nature’s Scientific Reports and lead author Neil Roberts, Professor of Physical Geography at the University of Plymouth, said:

“Most countries go through a forest transition and the UK and Ireland reached their forest minimum around 200 years ago. Other countries in Europe have yet to reach that point, and some parts of Scandinavia – where there is not such a reliance on agriculture – are still predominantly forest. But generally, forest loss has been a dominant feature of Europe’s landscape ecology in the second half of the current interglacial, with consequences for carbon cycling, ecosystem functioning and biodiversity.”

The research, which also involved academics in Sweden, Germany, France, Estonia and Switzerland, sought to establish precisely how the nature of Europe’s forests has changed over the past 11,000 years.

It combined three different methods of analysing pollen data, taken from the European Pollen Database, and showed that forest coverage actually increased from around 60 per cent 11,000 years ago up to as much as 80 per cent 6,000 years ago.

However, the introduction of modern farming practices during the Neolithic period sparked a gradual decline which accelerated towards the end of the Bronze Age and has largely continued until the present day.

Professor Roberts said this was one of the more surprising elements of the research because while forest clearance might be assumed to be a relatively recent phenomena, 20 per cent of Britain’s forests had actually gone by the end of the Bronze Age 3,000 years ago. He added:

“Around 8,000 years ago, a squirrel could have swung tree to tree from Lisbon to Moscow without touching the ground. Some may see that loss as a negative but some of our most valued habitats have come about through forests being opened up to create grass and heathland. Up until around 1940, a lot of traditional farming practices were also wildlife friendly and created habitats many of our most loved creatures. This data could then potentially be used to understand how future forestry initiatives might also influence habitat change.”

Geography at Plymouth is renowned as a vibrant, welcoming community committed to teaching and research.

Find out more about what we do in geography

Individual staff engage with a wide range of other departments in universities and research institutes from around the world.