A University of Plymouth academic has received a prestigious award for his work to design a recyclable face shield that could be used by essential staff working through the Covid-19 pandemic.

Dr Antony Robotham, Associate Professor of Mechanical Engineering, has been presented with a President's Special Award for Pandemic Service by the Royal Academy of Engineering.

It recognises exceptional engineering achievements in tackling Covid-19, with 19 individuals and teams of engineers throughout the UK being recognised for their achievements. They will receive specially commissioned silver medals later this year.

Dr Robotham first conceived the face shield idea in April this year, with the aim of providing a safe form of protection that had the least possible environmental impact.

He was then supported by the University’s Centre for Health Technology, International Marine Litter Research Unit and Research and Innovation Directorate, to bring it to fruition. 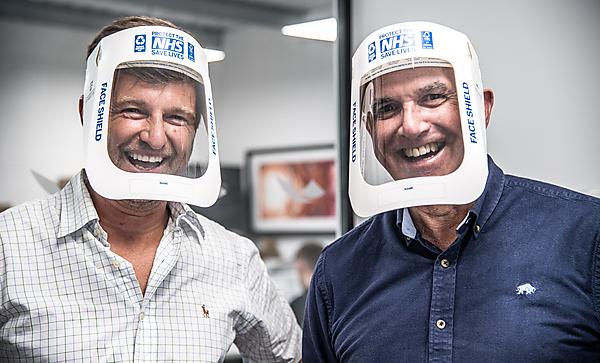 Speaking about the award, he said:

“This was a big surprise, but it is great to know that others are recognising the value of our work and appreciating it in the context of what we were trying to achieve. However, the important thing for me is that it recognises what engineers can do in terms of seeing an opportunity and coming up with an innovative solution.

"The initial stages of the project were based on a challenge we run for students, and I hope this can inspire our current and future students to see how they can provide solutions to a range of challenges.”

Together, they refined the original design and make it into a high-speed manufactured product which was cost effective, but also recyclable.

The finalised face shield provides eye and face protection against contamination to the eyes from respiratory droplets and splashing of secretions, including respiratory secretions.

Exactly a month after launching the project, the British Standards Institute confirmed in mid-May that the shield had passed all its tests and been approved for use by healthcare workers, first responders and other personnel. It could also carry the CE mark.

An initial run of 20,000 shields were produced, and they were immediately made available for procurement. 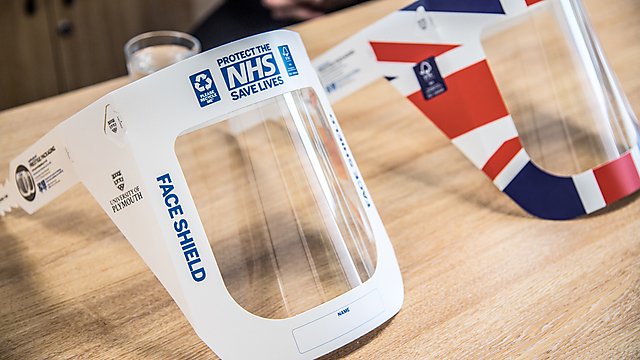 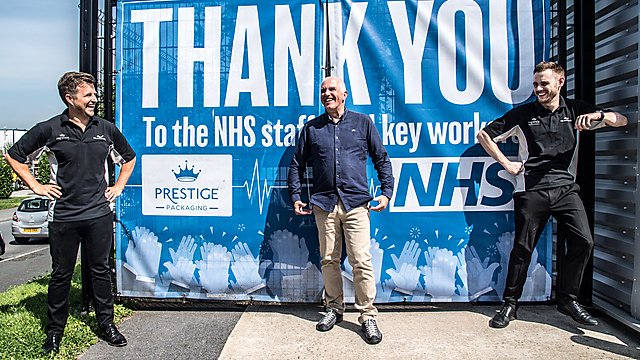 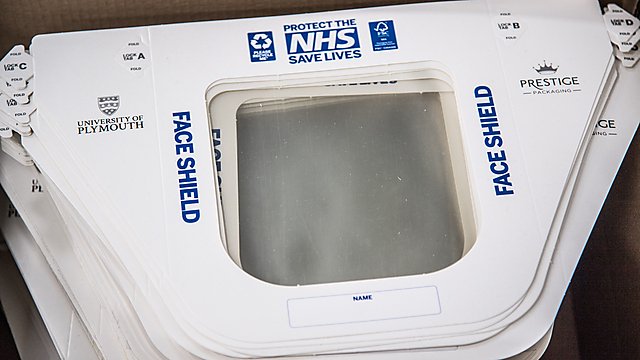 Professor Deborah Greaves OBE, Head of the School of Engineering, Computing and Mathematics at the University of Plymouth, said:

"This is a great personal recognition for Tony, but also a perfect example of what engineers can contribute to society. He managed to take an essential and now globally recognised piece of equipment and completely reconfigure it, so that it not only performed its function but did so in a way that will hopefully limit its lasting impact on the environment."

Read our original news release about the project from May 2020

“The COVID-19 pandemic is the biggest public health crisis of our time and has presented society with multiple challenges. Engineering expertise and innovation has been central to the global fight to save lives and protect livelihoods. I am also incredibly proud of engineers everywhere who have worked round the clock to maintain essential services, critical supply chains and infrastructure in unprecedented circumstances, using their training and skills to find innovative solutions to a host of problems and to help mitigate the impact of COVID-19 on our daily lives.”

Celebrating engineers' work in the pandemic

Read more about the Royal Academy of Engineering 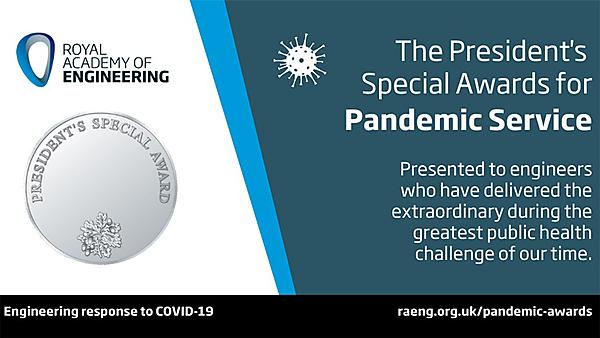