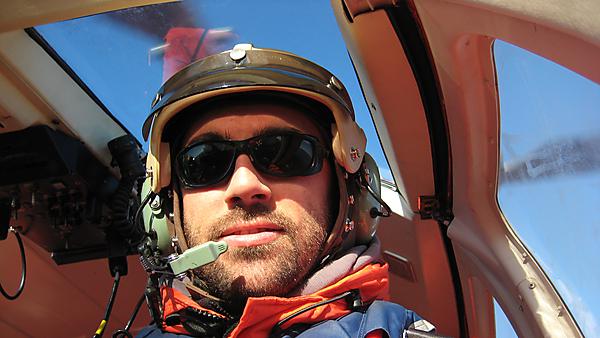 My interest in the marine environment began at school after being inspired by a GCSE science teacher, but it wasn’t until a few years after finishing A levels that I decided to pursue my interest in polar marine environments. As my A levels were largely media based I joined University of Plymouth on the extended science foundation year. I then moved on to the BSc course, gaining a first, successfully completed a PhD and am now a Post-Doctoral Fellow at Plymouth.
My PhD, entitled "Production and Preservation of the Arctic Sea Ice Diatom Biomarker IP25", resulted in a number of Arctic expeditions to Norway, Svalbard and Canada to obtain high resolution temporal datasets of sea ice geochemistry spanning the Arctic winter, spring algal bloom and summer ice melt. My analysis of specific hydrocarbon chemicals has greatly advanced the development of IP25 as a novel sea ice extent indicator which is now used by leading international researchers. Discovering things that nobody in the history of the entire world has ever known is so rewarding.
My position as a Post-Doctoral Research Fellow has enabled me to continue my research, extending the scope of IP25 to include useful applications in Arctic food web studies including sea ice-benthic coupling. In addition, I am investigating similar highly branched isoprenoids in temperate climates to facilitate a better understanding of the role these diatom biomarkers can play in describing food webs through trophic transfer.
In my research I have had to perform lots of sampling on my own so the many field trips we took part in on the BSc helped a lot. As part of my studies I was also able to undertake professional underwater diving training which I have now supplemented with under-ice training for samples collection in the Arctic.