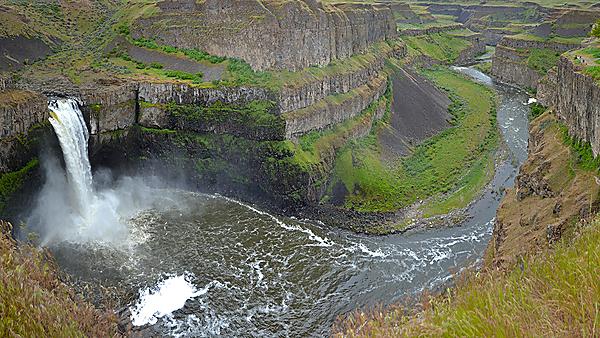 Professor Jon Shaw takes us through the ten day field trip that runs around the dramatic landscapes of Washington and Oregon. 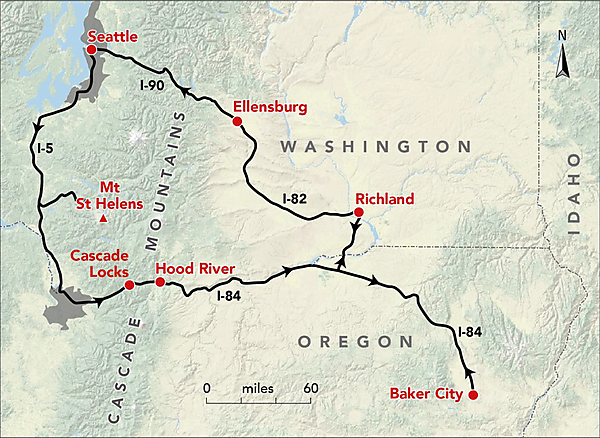 The journey through the Pacific Northwest

In the Pacific Northwest you can witness agricultural plains, a temperate rainforest, semi-arid deserts, three different mountain ranges (going up to over 14,000 feet), and enormous canyons (including the deepest in North America).

What makes Pacific Northwesterners’ sense of place distinct from that of Californians, southeasterners, or New Englanders? One simple and obvious answer is the environment, the region’s spectacular natural setting – the stunning juxtaposition of mountains and water that characterise its coastline and Columbia River gorge; the vastness of its interior, a land of sagebrush plains and empty spaces.

It’s difficult to overstate the magnificence of the scenery. We look into the crater of Mt St Helens, go to the USA’s windsurfing capital, and stay in the deepest populated gorge in North America. What is really memorable is being able to introduce students to a part of the world in which the scenery, and the environmental processes, are so evident on such an enormous scale.

The human relationship with nature

Much Northwestern literature points to a strong relationship between the people and the extraordinary natural environment, as much of the region’s history – involving mining, logging, ranching and dam-building – has been played out against a backdrop of the dramatic landscapes.

Rather than revelling in the taming and exploitation of nature, increasing numbers of people seek to protect and save it. Environmentalists have been a vocal minority in the Northwest for many years (Greenpeace, for example, was formed in Vancouver, BC, in the early 1970s), but their viewpoint and associated sense of place have become more popular of late. But open conflict now exists between those who hold on to ‘traditional’ – i.e. extractive – ways of life and those who strive towards notions of ‘ecotopia’. 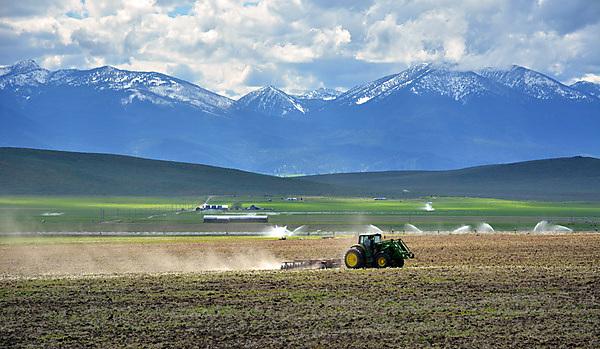 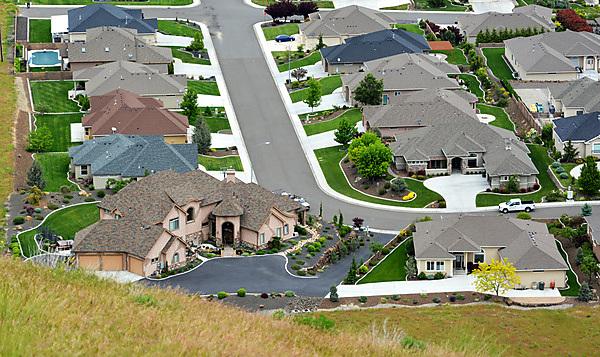 Many settlements in the West were laid down in late Victorian times and the influence of that historical period is clearly evident in the architectural styles and materials in downtown and inner-area residential neighbourhoods of Seattle, where the field trip begins.

The preferred style for suburban residential development is single storey ranch-style houses set in large ‘lots’. The obvious consequence of this is that cities cover very large geographical areas, reinforcing the need for car travel and undermining attempts to promote ‘sustainable’ lifestyles.

Driving south through the Puget Sound lowlands, we turn east to make a detour into the Mt St Helens National Volcanic Monument. This landscape is part of the Pacific ‘Ring of Fire’ and has been tectonically active for millennia. Tectonic events such as volcanic eruptions typically have high magnitude and low frequency and, in the Cascade mountains at least, are infrequent in comparison to human lifespans.

The most recent high magnitude tectonic event in the Cascade mountains is the well-documented eruption of Mt St Helens on 18 May 1980. The eruption lasted nine hours and lowered the mountain’s summit by over 1,300 feet. It was also the deadliest and most economically damaging in the history of the United States: 57 people lost their lives, and 250 houses, 47 bridges, 15 miles of railway and 185 miles of road were destroyed. 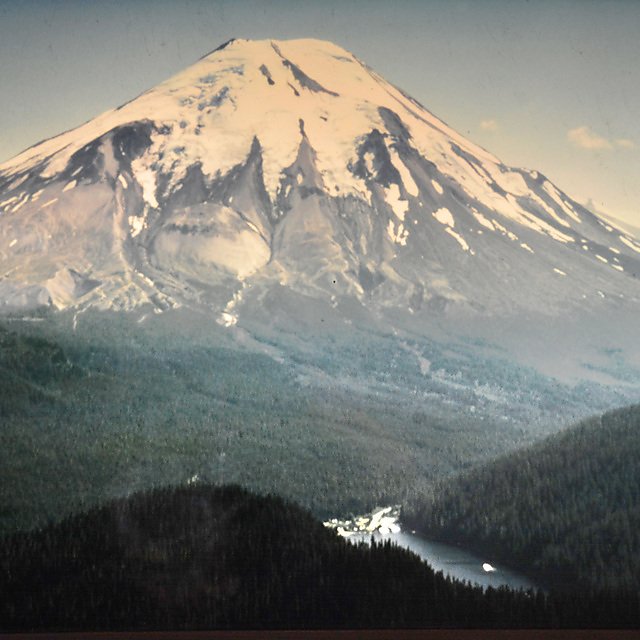 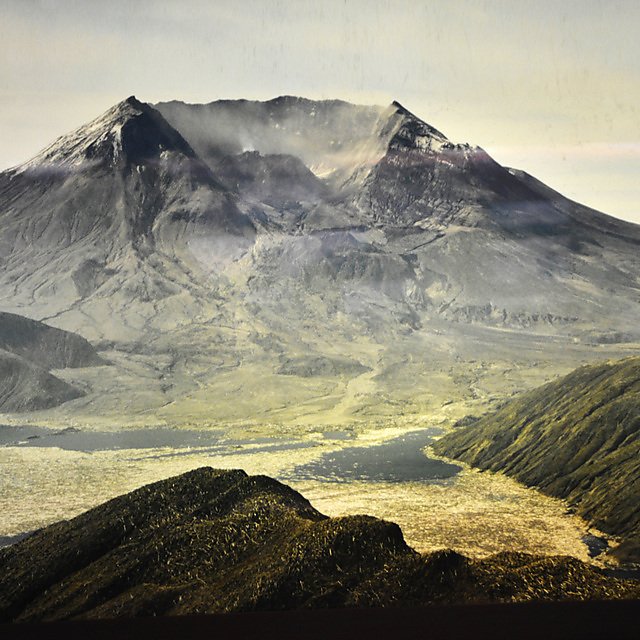 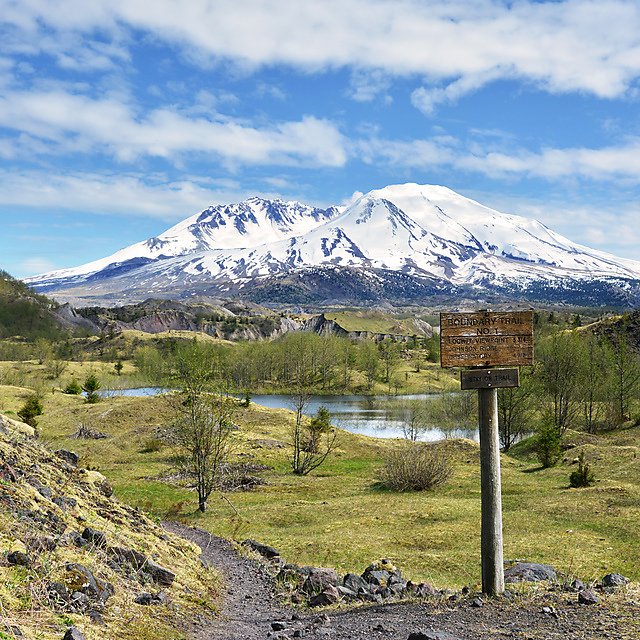 The impact of dams in the Columbia River Basin

Most of the water used for agriculture in the arid interior Northwest is collected by a network of more than 450 private and federal dams placed at fairly regular intervals throughout the Columbia River Basin (CRB), which covers an enormous area of 260,000 square miles (larger than France!) and its annual discharge is twice that of the Nile. Together, these dams make possible the inland Northwest’s extensive agricultural operations and facilitate the production of huge amounts of ‘cheap’ electricity for the region.

But the dams come at a cost. By disturbing the natural flow of the Columbia and its tributaries, the dams destroy salmon and steelhead trout habitat through both flooding and stagnation, because salmon like to spawn in pristine, fast-flowing water. Reservoirs lack the strong current needed by the fish need to assist their seaward journey and turbines and spillways in dams can prove lethal. Without assistance, only 5-25% of all seabound salmon in the CRB would survive these impediments.

Dam construction has savaged native fish populations in the CRB, where the annual anadromous fish run has collapsed from an estimated 10-16 million historically to around 2.5 million today. The salmon and steelhead fishing industry has been badly affected and American Indians’ fishing rights have been threatened (fishing is central to the culture of many Indian nations in the CRB). 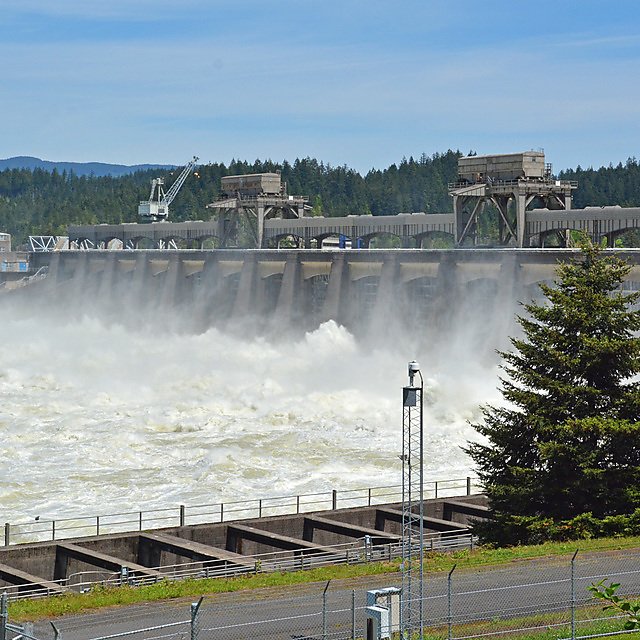 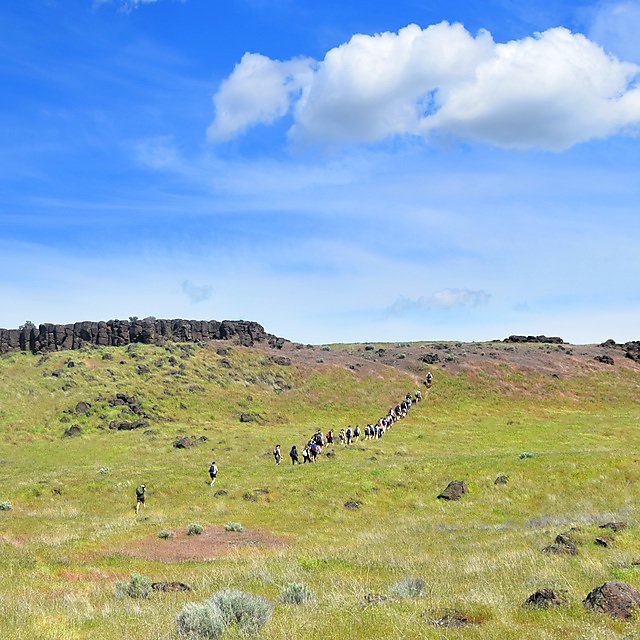 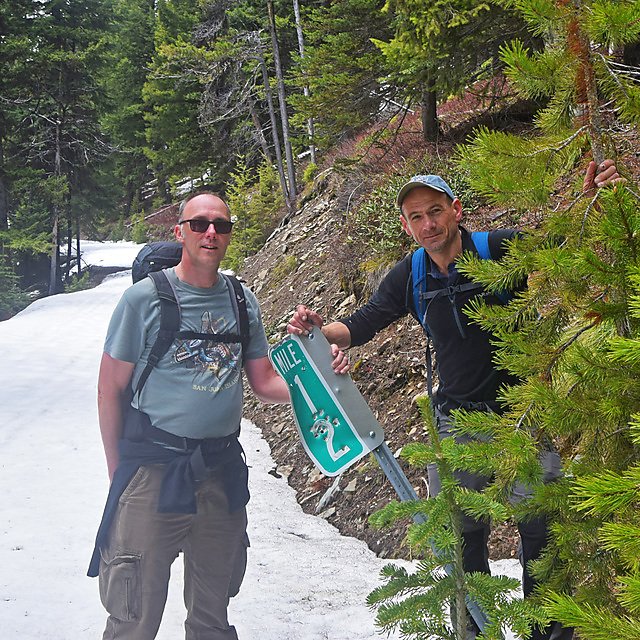 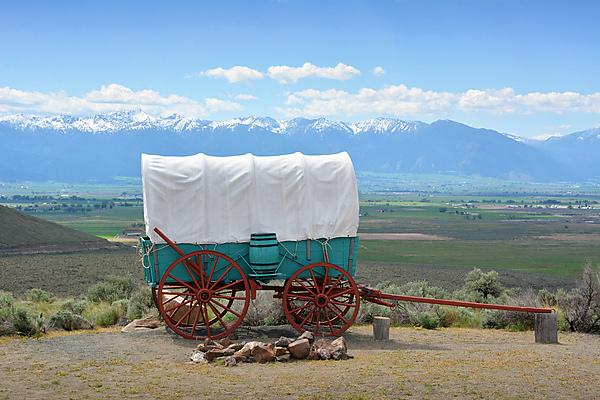 The trip also explores heritage conservation and how its associated tourism has become increasingly important in recent years. The Oregon Trail, as the route taken by pioneers from Missouri to the Northwest became known, is said to have carried the largest peace-time migration in history.

The completion of the first transcontinental railway in the United States in 1869 brought an end to the wagon train era, but artefacts dropped or left by migrants can still be found. The National Historic Oregon Trail Interpretive Center is one of a number of museums and facilities along the route of the Oregon Trail which is designed to bring to life, for visitors, this aspect of the heritage of the American West.

Group projects in the field

Last year, students worked with the United States Forest Service to look at forest management practices in the context of the increasing incidence of wildfires. One half of the group ventured up into the forestlands themselves, and the other half stayed in town to conduct questionnaires and interviews with locals about their perceptions of forest fire management activities.

Another group looked at the impact of climate change on forest growth up in the high Oregon mountains. They found that differences in temperature and precipitation have notable effects on tree growth on different sides of the mountains. 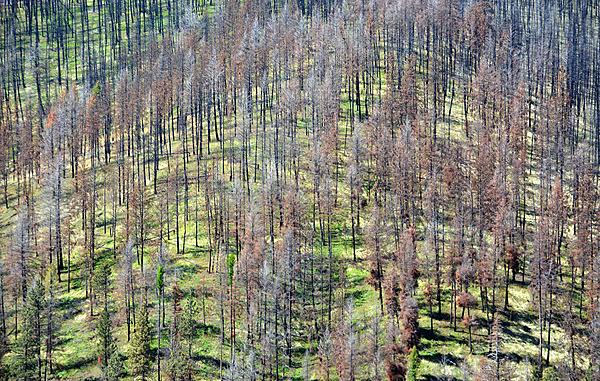 There is a huge range of wildlife that we get to witness in the Pacific Northwest. We see black bears, and thankfully we’ve never seen a cougar! We also see rattlesnakes, black widows, elk, deer, bald eagles, golden eagles, and, if we’re very lucky we might hear wolves.

We also see a tonne of cows, which tells its own story about climate change given all the methane they produce and how much they destroy the pre-European-settlement environment! 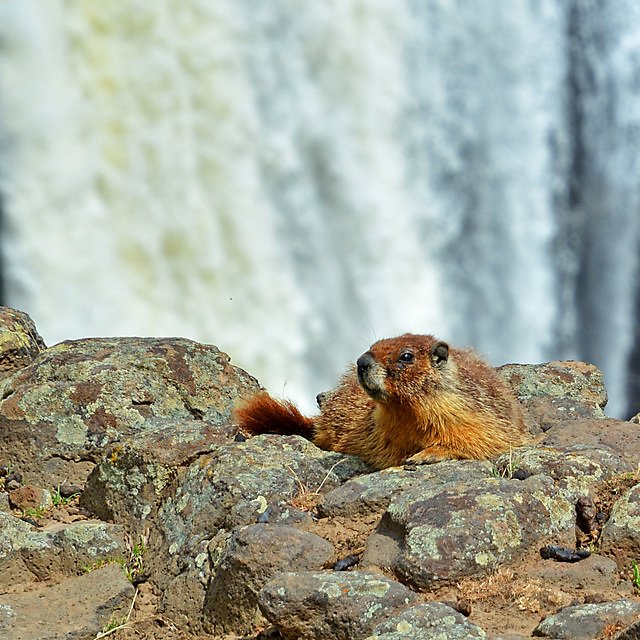 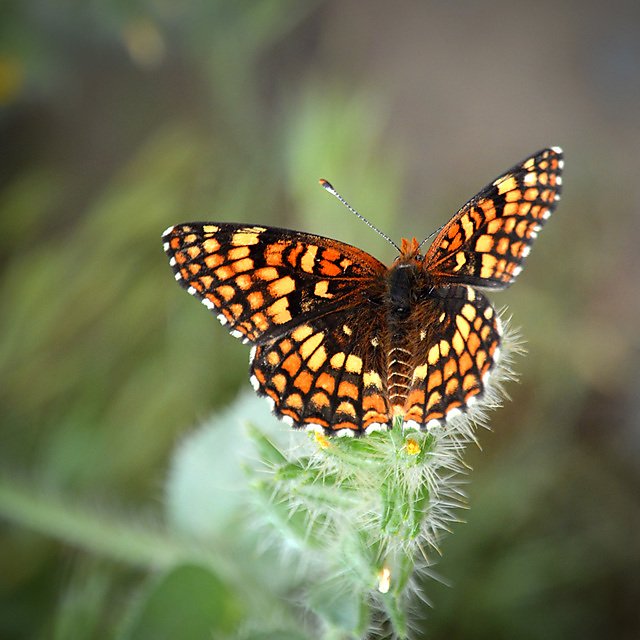 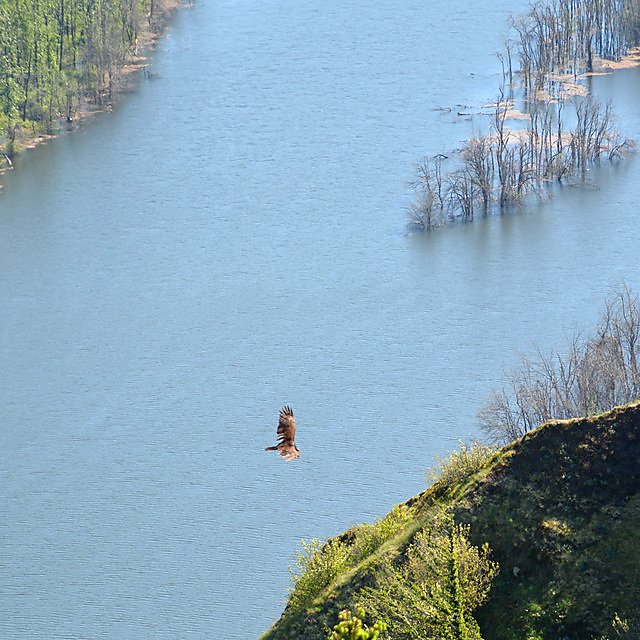 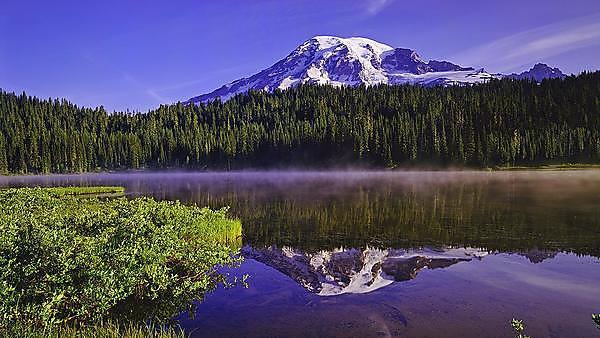 Geography explores the relationships between people, places and the environment.

Our geography degrees make the most of geography’s strengths in tackling head on the biggest global challenges we face. You learn from expert, accessible, supportive staff who are skilled researchers in their field. Plymouth is the ideal setting as a vibrant urban environment surrounded by iconic rural and coastal landscapes.

Discover our range of geography courses