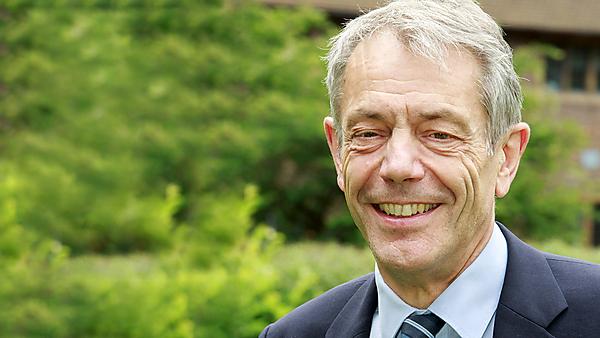 Professor Simon Gaskell was appointed Chair of the Board of Governors at the University of Plymouth from 1 September 2022.
Professor Gaskell holds degrees from the University of Bristol and has had an academic career (with multiple industrial connections), both in the UK and US.
After spending several years at Baylor College of Medicine in Houston, he returned to the UK to take up a chair in mass spectrometry at what was then the University of Manchester Institute of Science and Technology.
His research career has been devoted to the application of physical chemical techniques to the solution of problems in the biomedical sciences, latterly in the area of post-genome science.
He was closely involved with the merger of UMIST and the Victoria University of Manchester (2002–4); he subsequently became Vice President for Research.
In 2009, Simon was appointed President and Principal of Queen Mary University of London (QMUL). In 2012 he began two terms as an elected member of the executive board as Treasurer of Universities UK, and served as chair of the Higher Education Statistics Agency from 2013–17.
He retired from QMUL in 2017. He is currently chair of the UK Quality Assurance Agency for Higher Education.
Professor Gaskell has served on the University’s Board of Governors since January 2019, most recently in the role of Vice-Chair and Chair of the Reward and Remuneration Committee.