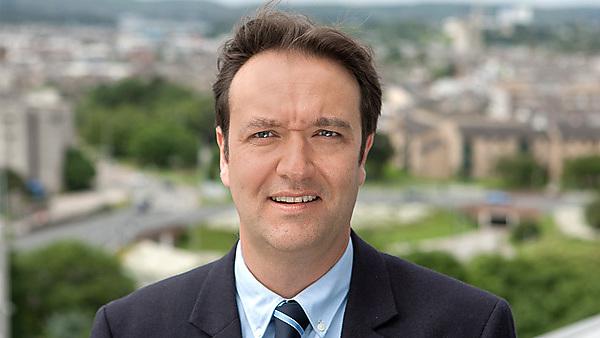 James is Professor of Early Modern British History and Associate Dean, Research at the University of Plymouth, and Fellow of the Royal Historical Society. He has written more than 14 books on the Tudors, sixteenth- and seventeenth-century history, Renaissance letters and letter-writing, early modern women, gender, power and politics, and materiality, including Women Letter Writers in Tudor England (Oxford University Press, 2006; paperback 2018), The Material Letter in Early Modern England: Manuscript Letters and the Culture and Practices of Letter-Writing, 1512-1635 (2012), and Gender and Political Culture in Early Modern Europe (2016). He is currently working on several monograph-length studies on glove culture and gender in early modern England; gender and the politics of archives; and the cultural history of separation.

James is Director of the AHRC-funded projects ‘Gender, Power and Materiality in Early Modern Europe, 1500-1800’ and ‘Gendered Interpretations of the V&A and Vasa Museums’; as well as Director of the British Academy/Leverhulme-funded ‘Women’s Early Modern Letters Online’ in collaboration with the University of Oxford and the Bodleian Library. He is editor of two book series: ‘Material Readings of Early Modern Culture’ (with Professor Adam Smyth, Balliol College, Oxford) and ‘Gendering the Medieval and Early Modern Worlds’. He is also co-Director of Plymouth Heritage Praxis.

James read Modern History at Hertford College, Oxford, before working for what was then Coopers & Lybrand. He has an MA in ‘The English Renaissance: Politics, Patronage and Literature’ and PhD in History, both from the University of Reading, where he was also a Postdoctoral Research Fellow in History. Before coming to Plymouth, he taught at the universities of Oxford and Reading, was a tenure-track Professor in Michigan in the United States, and won Fellowships at the Folger Shakespeare Library, Washington, D.C. and The Huntington Library, California. He was appointed to the REF2021 panel for History (UoA28).