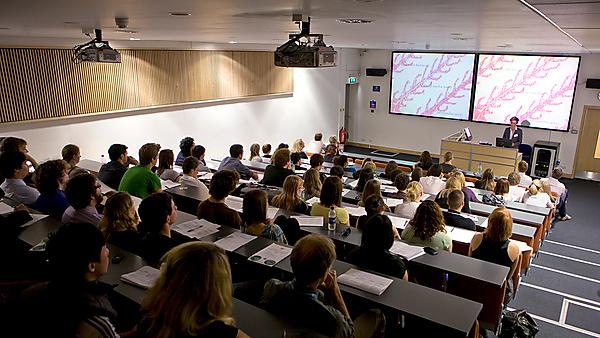 Teaching undergraduate students as researchers and the relationship to powerful knowledge

The 'Designing a research-based curriculum' event was held on 11 October 2017. It included a 40 minute talk from Professor Tony Harland, from Otago University in New Zealand, in which he examined the concept of ‘powerful knowledge’ for higher education. Powerful knowledge has recently emerged as the central idea in a university science programme in which undergraduate ecology students are trained as researchers during the three years they attend university.

This curriculum project began 15 years ago without a well-defined theoretical framework but over time various educational ideas have been tested in practice. This process influenced how the programme was taught and how teachers and students thought about higher education. At the same time, testing has enabled a number of original contributions to be made to theory. For the past three years the teaching team have been working with the idea of ‘powerful knowledge’.

The outcome of this is a series of empirically based models that illustrate the underlying principles of the theory. Tony proposes that powerful knowledge is an appropriate objective for learning in mass-higher education and suggest that it can also substitute for the over-specified lists of skills and graduate attributes that are currently in vogue.

Tony's talk was followed by an informal discussion/ sharing of ideas about research-teaching links. The event presentations can be viewed below.