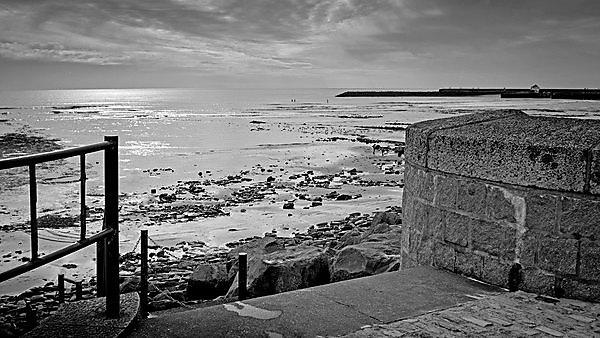 Lyme Bay, a Marine Protected Area (MPA) study site for the University’s Marine Institute, is home to mud stone reefs that can provide habitat for impressive temperate reef communities, including sea fans, sponges and corals. Lyme bay reefs are also home to many species with high economic value including fish, crustaceans and scallops. These species attract scallop dredgers and trawlers to the bay, but these fishing practices are destructive and degrade the mudstone reef, and disturb the communities that they support.

In an effort to protect the reefs from bottom towed fishing, local conservationists agreed voluntary exclusion areas. These achieved varying degrees of success; therefore in 2008 a statutory instrument (SI) was implemented to protect 200 sq km of Lyme Bay from bottom towed fishing gear. A candidate Special Area of Conservation (SAC) that surrounds the SI has been proposed that further protects the reef habitat within it.

The Marine Institute team, led by Professor Martin Attrill and Dr Emma Sheehan, was commissioned by Defra and Natural England to determine whether the Lyme Bay reefs could recover, and if so, over what timescale. Previously such surveys were carried out using divers and remotely operated vehicles which can feasibly only cover minimal distances; and destructive methods which would not be appropriate in a protected area. The team developed a non-destructive, cost-effective and time-effective technique for monitoring vast areas of the sea bed in Lyme bay. The technique involves flying a towed HD camera above the seabed to capture video footage of the reef communities that can be analysed back in the laboratory.

As soon as the SI was enforced in 2008 the team undertook the first baseline survey and have monitored the bay annually since then. At first the reefs were slow to respond but in 2010 the results were impressive (see videos from 2008 and 2011 below) and it is hoped that this annual sampling will continue to be funded in order to understand how temperate reefs recover from fishing damage. This knowledge will aid management and monitoring strategies for future MPAs in the UK and other temperate regions.

The technique developed by the Marine Institute team is now being applied across the country, allowing the affordable monitoring of SACs using a non-destructive method, and it is hoped it will be used in the future to monitor other Marine Conservation Zones.

In our recent alumni magazine, Invenite, we interviewed Emma about her work at Lyme Bay.

It’s been ten years since the University of Plymouth began its landmark assessment of the Marine Protected Area (MPA) at Lyme Bay, off the coast of Devon and Dorset: a decade of research and observation into how the natural environment recovers from the effects of commercial bottom towed fishing. 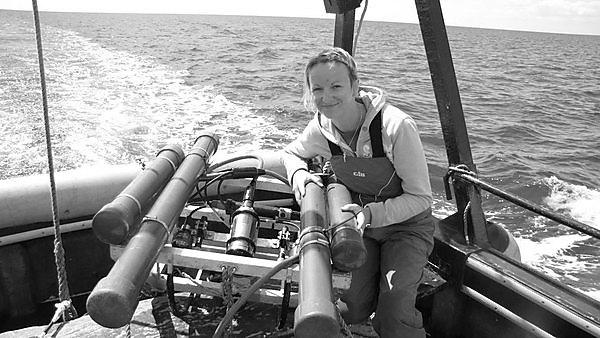