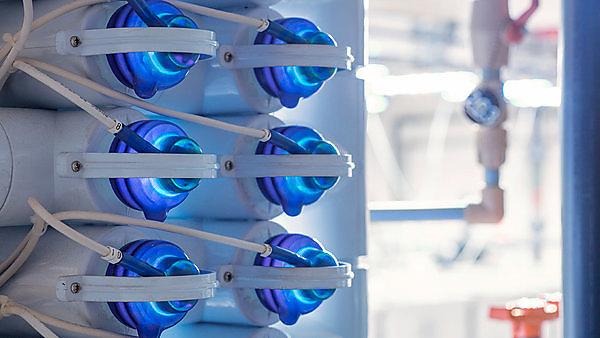 Within University of Plymouth the Ethical Review of the use of animals for research operates on two levels:

Staff and students wishing to undertake research involving animals will need to obtain a project licence under Animals (Scientific Procedures) Act 1986 for procedural work. For non-procedural work, staff and postgraduate students will require local ethical approval, and undergraduate students are required to complete an Animal Ethics Checklist form and follow the directions within.
Please see the following links for guidance or alternatively please contact NamedInformationOfficer@plymouth.ac.uk.

The roles of the two committees can be defined as follows:

A local ethical review is performed for projects that may use animals for work that is not defined as procedural or at a protected stage under A(SP)A 1986, or uses animals indirectly e.g. video analysis of footage recorded.

This process consists of peer review undertaken by the AWERB Chair with help and advice from a relevant academic, Biological services unit manager and/or a NACWO.

The purpose of this review is to ensure that all activities involving animals are recorded and deemed appropriate. As well as this, help and advice will be given if the context of the project is such that it would require submission to the AWERB for a full project licence.

2. The Animal Welfare and Ethical Review Board with University of Plymouth (AWERB)

The Animals (Scientific Procedures) Act 1986 (A(SP)A 1986) requires that all applications for project licences and amendments at designated establishments must be ethically approved by the local Animal Welfare and Ethical Review Body (AWERB) prior to submission to the Animals in Science Regulation Unit (ASRU). For detailed information on the process for PPL applications see Home Office Project Licence.

Membership of AWERB Committee is as follows:

A full description of the AWERB's function, roles and responsibilities can be found in the Guidance on the Operation of the A(SP)A 1986 but generally the role of the AWERB is as follows;

At this stage the applicant will be informed of timelines and relevant milestones. Training considerations, legal requirements and the feasibility of the work in the current facilities will be discussed, and any potential issues or specific considerations that may affect the application will be addressed.

The application/amendment will be submitted to the AWERB following review and subsequent amendment as detailed below. The applicant will be notified at the time of the next ordinary meeting at which the application will be presented.

The Biological Services Manager, NVS and NACWO will assess the entirety of the draft application but each individual will be assessing it from different perspectives.

Biological Services Manager will be looking for

The NVS will be critically assessing
The NACWO will be critically assessing
Any feedback will be communicated with the applicant directly in order that any issues can be addressed prior to formal submission to the AWERB. In certain circumstances additional reviews may be advisable prior to submission to the AWERB, but this will be communicated to the applicant following the initial review process.

Stage 3 Submission to the AWERB

Formal submission to the AWERB of the amended application is via email to NamedInformationOfficer@plymouth.ac.uk. Submission deadlines will have been discussed with the applicant by the Biological Services Manager.

Once submitted no further changes should be made to the application at this stage.

Committee papers will be sent out to the members of the committee fourteen days before the meeting to allow sufficient time for critical and ethical review. The application will be assigned to a primary reviewer who will lead the review and undertake a detailed assessment of the application. The primary reviewer may be a researcher with expertise in the area of the proposed programme of work.

New Applications and amendments to current PPL: The application will be summarised to the committee by the primary reviewer who will also raise issues or questions for the attention of the committee.

The applicant will be asked to attend the meeting and provide a brief description of the proposal. The chairman or primary reviewer will consolidate all questions from the committee and address these to the applicant.

Once the committee is satisfied, the applicant will be thanked and asked to leave. The committee will summarise the any changes or issues to be addressed in order for the application to be progressed further.

Following the meeting, the Committee Secretary will write to the applicant with the comments from the committee for changes to be made or requests for more information as well as an outcome decision dependent on meeting the conditions (if any).

These changes or requests for information may also require a separate meeting with the Chair and a sub-group to complete the ethical review process if issues are complex.

Once the Chair decides that all issues have been resolved, the application can then be formally submitted to the Home Office ASRU Inspector.