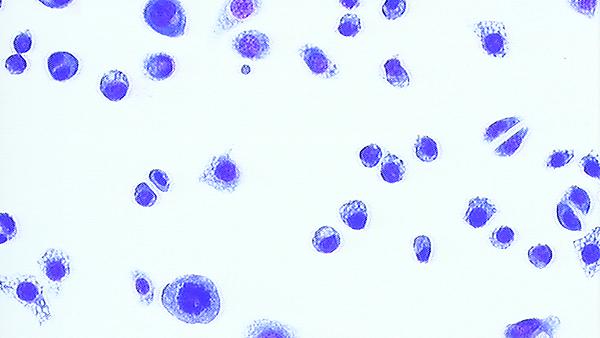 Dr Gyorgy Fejer from the University of Plymouth School of Biomedical and Healthcare Sciences has received a national award for his work developing the lab-based creation of a type of mouse cell line which could be used in place of live animals for research related to infectious diseases.

Dr Fejer has received a highly recommended prize from the National Centre for the Replacement, Refinement and Reduction of Animals in Research (NC3Rs), an independent scientific organisation that supports methods that reduce the number of animals used in research and, where animals continue to be used, improves their welfare.

His scientific paper, published in the prestigious journal PNAS Plus, has received this accolade because it describes for the first time a method to establish continuously growing macrophage cells (a type of cell in the immune system) in the laboratory from mice, without chemical, genetic or viral intervention.

Compared with cell harvesting from a live mouse, the difference is striking: approximately 300,000 lung macrophage cells can be obtained from one mouse, whereas Dr Fejer and his team can obtain 20-30 million cells of this macrophage type from a single tissue culture flask. It is estimated that since 2012 over half a million rodents have been used to obtain macrophages from the bone marrow – Dr Fejer’s work has the potential to greatly reduce that number in the future.

These self-renewing cells can be used to better understand how the body fights infection and have already led to new insights into lung diseases such as infections and allergic conditions such as asthma.

Last year, Dr Fejer was awarded a grant of £94,000 from NC3Rs for a pilot study to develop related studies.

Commenting on the award he said:

“I am delighted, for myself and for my team, that we have received this highly commended award from NC3Rs. It recognises that the work we do has immense potential not just for significantly reducing the numbers of animals used in animal research, but also in achieving this reduction while increasing the effectiveness and quality of research projects themselves, and their impact on human health.”