Scientists at Plymouth University are leading a €3million research project exploring the effectiveness of robots in teaching people a new language.

L2TOR, which involves academics and companies from across Europe, aims to design a child-friendly tutor robot that can be used to support preschool children learning a second language.

The three-year initiative will focus on teaching English to native speakers of Dutch, German and Turkish, but also teaching Dutch and German to children whose first language is Turkish.

Initially, the research will take place with around 400 Turkish children who have moved to the Netherlands and Germany, and analysing their progress over several months.

Tony Belpaeme, Professor in Cognitive Systems and Robotics at Plymouth University, is the project lead. He said:

“There have never been so many people moving across borders and language barriers, so the need for language learning has never been greater. Being able to speak the language of the place you are about to arrive in is known to have a positive impact on job prospects, income and general quality of life. And the best way to learn a new language is by using it, so we hope this project will provide the opportunity for people to develop and practise skills that will have a positive impact on their futures.”

The research builds on the €8.3million ALIZ-E project, also led by Plymouth University, which demonstrated that young people with diabetes are more inclined to perform tasks related to their condition if prompted to do so by a friendly interactive robot.

Researchers have since explored other areas where those findings could prove beneficial, and discovered that English children’s learning of French is effective – and in many cases enhanced – if they practise it with the robot.

In the L2TOR project, the aim will be to support teachers by allowing children at risk of language delay the chance to have one-to-one tutoring sessions with the robot.

The precise nature of how that interaction will take place is still being explored, but the tutoring will be focussed on learning numbers, spatial language and basic vocabulary through storytelling.

“One of the outcomes of ALIZ-E was that we discovered children were more inclined to engage with the robot and learn from it than with alternative technologies, and that has certainly been replicated in initial language tutoring studies conducted here in Devon. Children are sponges and if you give them a stimulating environment, they learn. Language benefits from having a rich interactive learning environment, and robots might be just what is needed to provide one-to-one language teaching. We are confident the robots can have a positive impact on younger children right across Europe.”

The L2TOR project has been funded by the Horizon 2020 programme of the European Commission. As well as Plymouth University, the other partners in the initiative are: Tilburg University, Netherlands; Universität Bielefeld, Germany; Universiteit Utrecht, Netherlands; Koç University, Turkey; Aldebaran Robotics, France; QBMT Creative Solutions, Belgium. 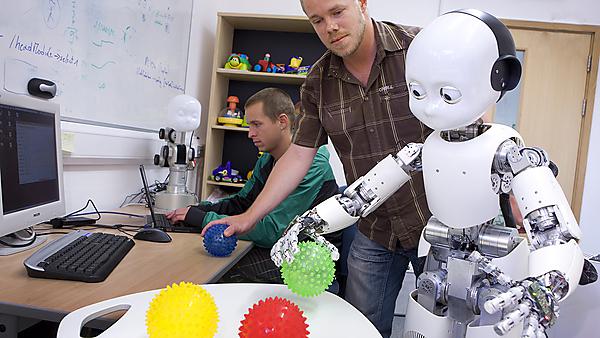 The centre builds on world-leading excellence in computer science, robotics and neural systems research. Staff at the centre coordinate large projects and collaborate with major international centres in cognitive robotics and computational neuroscience. 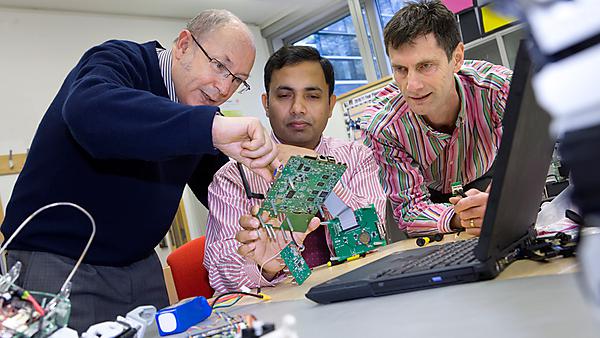 The Autonomous Marine Systems (AMS) Research Group is a focal point for inter disciplinary studies and inter-school collaborations particularly with the Robotics and Intelligent Systems Laboratory within the University of Plymouth.