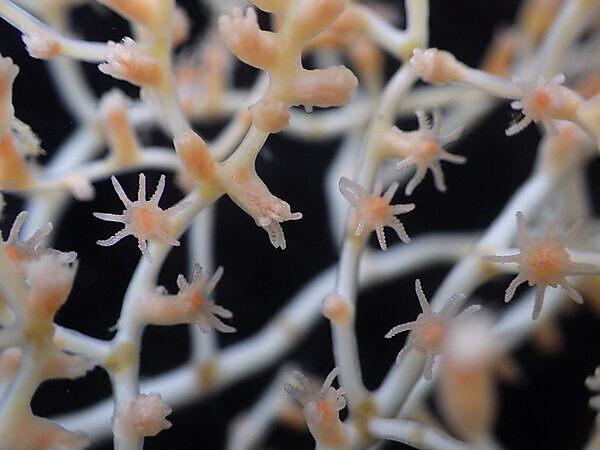 The deep seas – vast expanses of water and seabed hidden more than 200 metres below the ocean surface to depths up to 11,000 metres – are recognised globally as an important frontier of science and discovery.

But despite the fact they account for around 60% of Earth’s surface area, large areas remain completely unexplored, yet the habitats they support impact on the health of the entire planet.

Now an international team of scientists, spanning 45 institutions in 17 countries, has called for a dedicated decade-long programme of research to greatly advance discovery in these remote regions.

The programme – which scientists have named Challenger 150 – will coincide with the United Nations Decade of Ocean Science for Sustainable Development, which runs from 2021-2030.

Challenger 150 will generate new geological, physical, biogeochemical, and biological data through a global cooperative of science and innovation, including the application of new technology. These data will be used to understand how changes in the deep sea impact the wider ocean and life on the planet.

Among its key areas of focus are to build greater capacity and diversity in the scientific community, acknowledging the fact that existing deep-sea research is conducted primarily by developed nations with access to resources and infrastructure.

The programme will use this new knowledge of the deep to support regional, national, and international decision-making on deep-sea issues such as mining, hydrocarbon extraction, fishing, climate mitigation, laying of fibre optic cables and conservation.

The international team presented the rationale behind the call for action in a comment article in Nature Ecology and Evolution, simultaneously publishing a detailed blueprint of how the actions can be best achieved in Frontiers in Marine Science.

Led by members of the Deep-Ocean Stewardship Initiative (DOSI) and the Scientific Committee on Oceanic Research (SCOR), the authorship reflects both the gender and geographical diversity such a programme demands, with authors from the six inhabited continents of the World.

They note that the UN Decade provides an unrivalled opportunity to unite the international science community to deliver a giant leap in our knowledge of the deep seas.

Kerry Howell, Professor of Deep-Sea Ecology at the University of Plymouth and lead author of the research publications, said:

“The deep seas and seabed are increasingly being used by society, and they are seen as a potential future asset for the resources they possess. But managing these resources sustainably requires that we first understand deep-sea ecosystems and their role in our planet, its people and its atmosphere. Our vision is for a 10 year programme of science and discovery that is global in scale and targeted towards proving the science to inform decisions around deep-ocean use. We believe the United Nations Decade of Ocean Science provides the perfect opportunity to achieve that.” 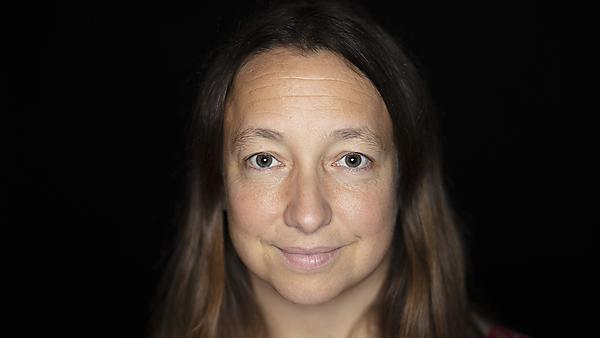 Dr Ana Hilario, Researcher at the University of Aveiro (Portugal) and co-lead of the DOSI and SCOR Decade working groups, added:

“The Decade also provides the opportunity to build a long-term programme for training and capacity building in ocean sciences. With Challenger 150, we aim to train the next generation of deep-sea biologists and focus on training scientists from developing countries, but also early stage scientists from all nations. Such training will create a network of enhanced capacity that will allow countries to exercise their full role in international discussions on the use of ocean resources within and outside of their national boundaries.” 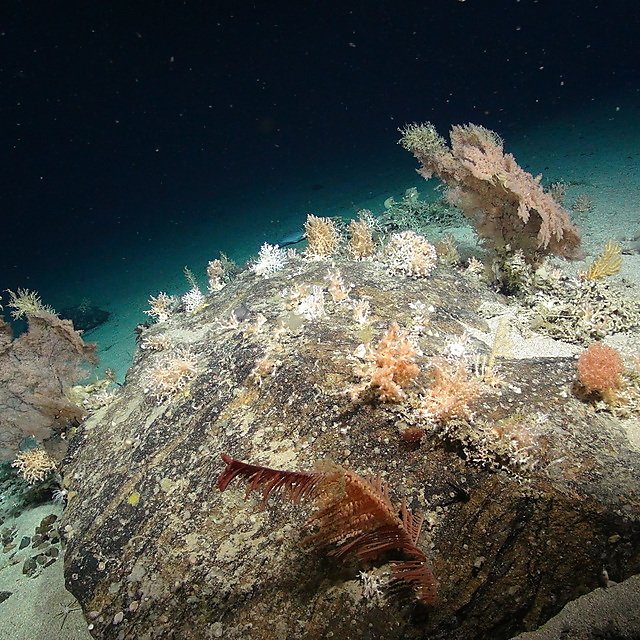 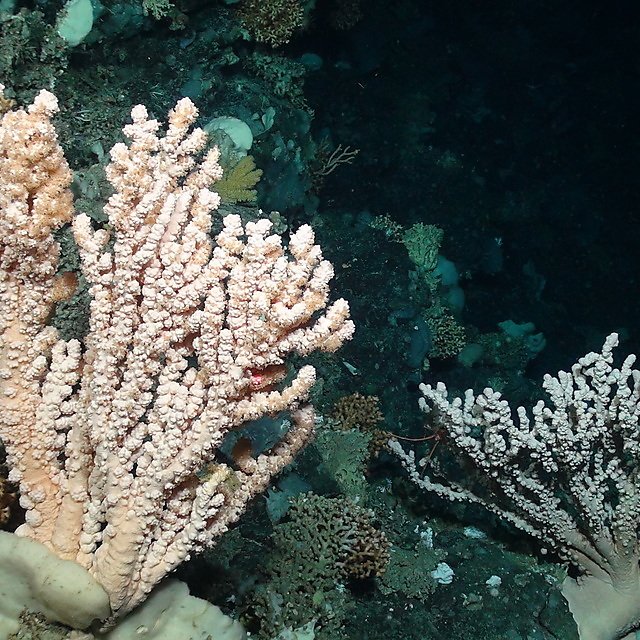 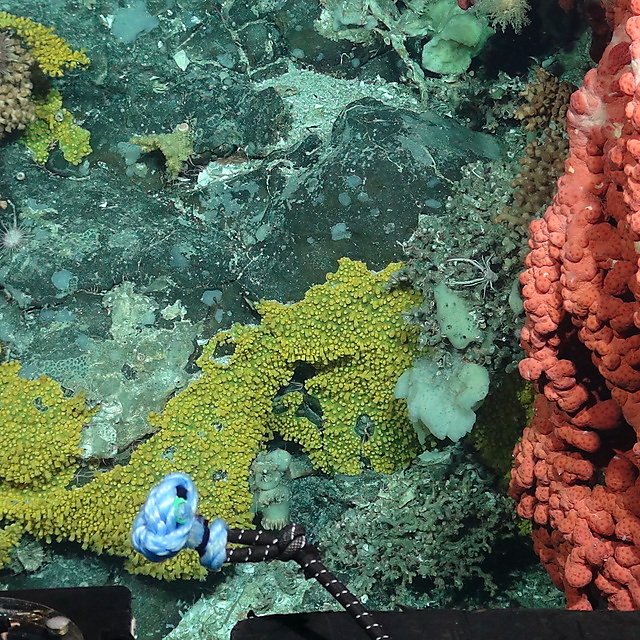 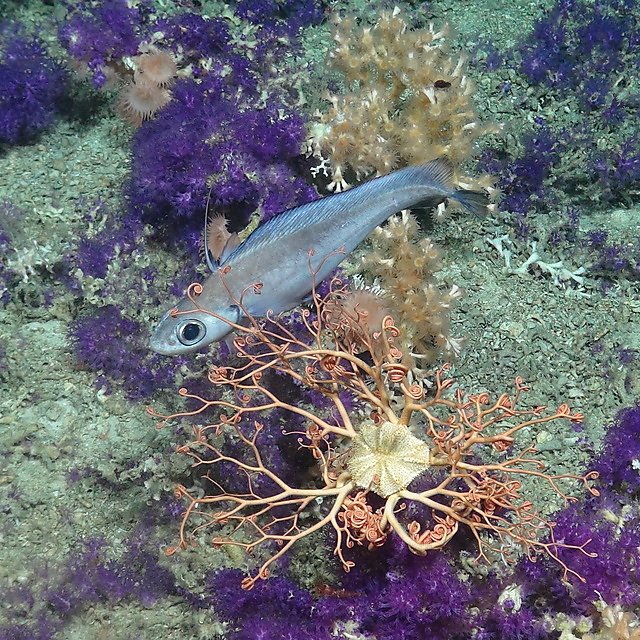 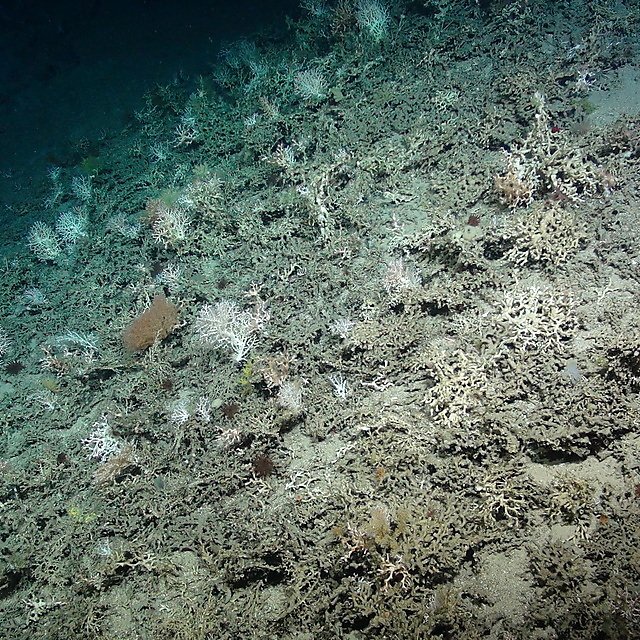 The deep sea images on this page are used courtesy of the NERC funded Deep Links Project (University of Plymouth, Oxford University, JNCC, BGS). Clockwise from main image, they show: an outcrop of rock makes a perfect home for many different cold water coral species; bubblegum, stoney, soft corals and sponges photographed by a remotely operated vehicle at ~1200m deep; a cold water coral reef from ~700m deep - these reefs are home to many species; a fish (Lepidion eques) swims among bright purple soft corals, stoney corals and a basket star at ~800m deep.

This press release covers two studies led by members of the Deep-Ocean Stewardship Initiative (DOSI) and the Scientific Committee on Oceanic Research (SCOR):

“The deep ocean is planet Earth’s inner space. In many ways it is as challenging to investigate as the moon or Mars and like them we have much to learn about the deep sea. Although the deep ocean seems remote it is an important part of the Earth system and stores more carbon than any other component, including both the atmosphere and terrestrial ecosystems. It is also now visibly impacted by human activities including deep-sea fishing, marine plastic pollution and climate change. It is now critically important we learn more about the deep sea so it can be managed more sustainably.”

“Co-designed and co-delivered transdisciplinary science across geographies is the transformative action we need for the deep sea. This will equip current and future generations with the capacity, knowledge and relationships for more equitable ocean benefits.”

”The vast size and complexity of Earth’s largest ecosystem by far, the deep sea, requires working together internationally in order to make significant headway in ‘scratching below the surface’ of this critical component of our planet’s life support system.”

“We need a global effort of this magnitude to preserve the services that the deep ocean provides and ensure equitable and sustainable use of the resources found beneath the surface.”

“The ocean holds a wealth of diversity that is disappearing even before it is documented especially in the developing countries. The situation is worse for the deep sea where exploration and extraction of resources is going on without proper environment impact assessment being carried out. The UN Decade of Ocean Science offers the opportunity to discover this biological diversity and establish a mechanism to conserve it.”

“Deep-sea ecosystems are already affected by climate change. Any conservation or protection measure therefore needs to be supported by novel monitoring strategies to understand the strong interactions of deep sea species with the mosaics of habitats on the ocean floor.”

“The deep sea is one of the major repositories of species diversity and carbon in the globe, cycling huge amounts of materials and the distribution of heat, which keeps Earth habitable. The programme will put the deep sea in the spotlight and help to foster a new generation of scientists.”

“Everybody is aware that global biodiversity is under a severe threat, but the knowledge we have for the degree of impacts in the different environments is unbalanced, and much scarcer for marine habitats than for terrestrial ones, and particularly critical for the deep sea. Besides, for a series of reasons – including remoteness, logistic issues, and the economic wealth of nations facing certain oceanic areas – information on marine ecosystems is also unproportioned in terms of geographic coverage. In particular, the south-eastern Pacific is among the most vast, most remote, and poorly explored corners of our oceans, and initiatives like the present one give us an unprecedented opportunity to start taking care of this debt.”

“This is a once in a lifetime opportunity to be able to contribute to a 10-year programme of science and discovery providing the science we need to inform decisions around deep-ocean use.”

“The deep ocean represents one of the last unexplored and untapped frontiers on Earth. Our deep oceans represent the largest habitat for life on Earth, but also remain the least understood. To sustainably manage this important food and mineral resource, we need to massively expand our ability to explore and understand. Just like the original Challenger Expedition in its day, this effort will demand new innovation and implementation of previously only dreamed-of tools. Pushing the limits of our technology to expand our knowledge will make us better stewards of our home planet.”

Dr Maria Baker, Senior Researcher at the University of Southampton (UK) is excited at the prospect of Challenger 150 as a way to continue the momentum generated during the Census of Marine Life programme (1990-2000):

“This highly successful programme opened new channels of communication that helped to lay the foundations for global collaborative studies of ocean life. Embarking on a new decadal programme to explore our deep-ocean ecosystems and their critical functions and services, whilst increasing diversity in our deep-ocean science community is essential. Crucially, this programme aims to help generate deep-sea expertise in nations where it is currently lacking and for many more nations to directly contribute robust science advice to inform sustainable management of our ocean for the future.”

Professor Bhavani Narayanaswamy, from the Scottish Association for Marine Science:

“The deep sea is by far the largest ecosystem on planet earth with a plethora of species and a variety of different habitats. A truly global programme is required in order to not only learn more about this ecosystem and to put measures in place to manage it in a sustainable fashion, but to also train the next generation of researchers, the future custodians of the deep sea.”

Dr David Bailey, Senior Lecturer at the University of Glasgow:

"The deep ocean is subject to many threats, including new industries such as deep-sea mining, and the ongoing impacts of fishing. Deep habitats and species are often highly vulnerable, but because they are not visible to most people they have never had the attention they need. I am proud to be associated with this vision for a future programme of research and education. I believe it will uncover many secrets of the deep ocean, bring them to a wide audience, and inspire the protection needed.”

The years 2022-2026 mark the 150th anniversary of the voyage of HMS Challenger. This ship left the UK in 1876 on a 4 year mission, circumnavigating the globe, mapping the seafloor, recording the global ocean temperature, and providing a first panoramic view of life in the deep seas.

The Challenger Deep – the deepest known point of the ocean – is named after it, as were a number of vessels in NASA’s space programmes.

However, whereas the original HMS Challenger crew was all-white and all-male, the Challenger 150 programme aims to harness its scientific sense of discovery through a modern-day, inclusive and representative spirit of collaboration.

Endorsed by the authors of the current studies, more information about Challenger 150 is available at https://challenger150.world. 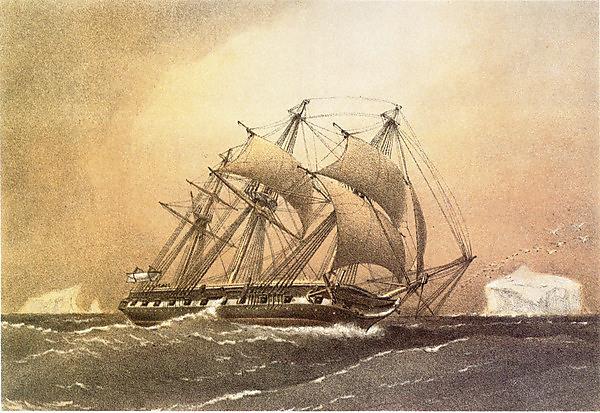