The causes of falling sea levels in the Dead Sea, which have significant impacts on the environment and the economy, are to be investigated in new research led by the University of Plymouth.

Academics from the Plymouth Ocean Forecasting Centre have secured funding from the British Council to gain a better understanding of what is causing levels to fall by around one metre every year.

They will use historical and present day data and develop numerical models, which will predict future levels and enable governments in the region to assess the knock-on effects for their part of the shoreline.

The project is being led by Georgy Shapiro, Professor in Physical Oceanography and Head of the Plymouth Ocean Forecasting Centre, working alongside colleagues from the National Institute of Oceanography in Israel and the University of Jordan.

The partners will work closely over the coming 18 months, before submitting their findings to both the British Council and interested governmental and non-governmental organisations in the Dead Sea region and beyond.

“The Dead Sea is very attractive for tourists, generating a large number of economic benefits for the countries bordering it. But the dramatic decrease in water level – particularly in the last 20 years – and uncertainty over the future has prevented development in the Israeli, Jordanian and Palestinian tourist industries. The situation surrounding the Dead Sea has been characterised as an ecological catastrophe and we believe our research will help mitigate that and contribute to economic development over the next 10-15 years and beyond.”

The Plymouth Ocean Forecasting Centre is an international centre of expertise in ocean modelling, delivering computer simulations of ocean state both for the past (hindcast) and the future (forecast). Established in 2013, it has created regional ocean models for the Arabian Sea (including the Gulf), the western Arctic Ocean, the Black and Celtic Seas and enjoys strategic links with the Royal Navy, the Met Office and the National Oceanography Centre.

This latest project is being funded as part of STREAM, a joint initiative between the UK government’s Science and Innovation Network and the British Council, which supports research collaborations between scientists for the benefit of some of the world’s most waterpoor societies.

It will examine the possible existence of step-like structures within the water column of the Dead Sea, and how their presence is impacting on the rate of evaporation and subsequent sea level falls.

Scientists in Israel and Jordan will conduct the in situ measurements while Plymouth will develop the mathematical models, the results of which will contribute to planning human intervention into the Dead Sea water budget.

We deliver computer simulations of ocean state both for the past (hindcast) and the future (forecast), which have a wide range of applications in operational oceanography.

We work globally and have created regional ocean models for the Arabian Sea (including the Gulf), the western Arctic Ocean, the Black and Celtic Seas. 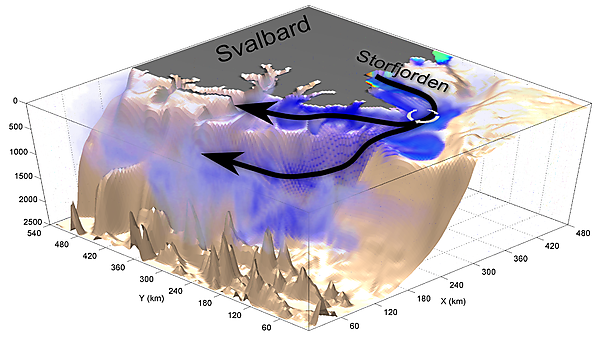