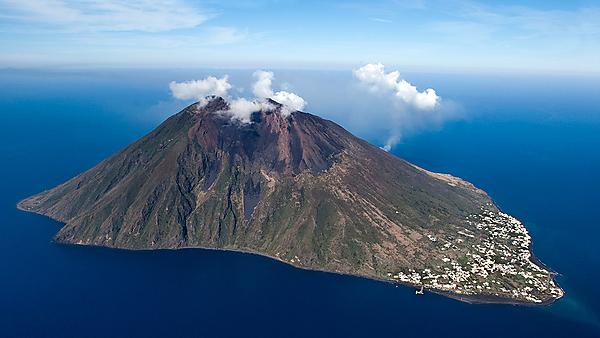 Scientists from the University of Plymouth will be travelling to one of the world’s most active volcanoes to assess how landslides and mass flows caused by eruptions can trigger potentially devastating tsunamis.

Volcanic activity on Stromboli, an island off the south west coast of Italy, has caused at least seven significant tsunamigenic landslides in the last 150 years.

But despite the fact they constitute a serious hazard in volcanic areas they are still poorly understood as they are, in general terms, both unusual and complex events.

With funding from the Natural Environment Research Council, researchers from Plymouth will spend several days on the Aeolian island this spring assessing the impacts of a volcanic eruption on July 3, 2019.

It caused extensive damage and one fatality, but also prompted increased wave heights off the island’s coastline, with buoys capturing tsunami waves of up to 1.5m.

During the current project, academics from the School of Geography, Earth and Environmental Sciences will gather samples deposited by the mass flows caused by the eruption both above and below the waterline.

They are already working on a back analysis of the events using data and models provided by the project partners, which include the UNESCO Chair of Geo-Hydrological Hazards (University of Florence), Sapienza di Roma University, CNR-IGAG and the Laboratoire de Magmas et Volcans.

This will enable them to accurately assess the process that triggered the tsunami, and correlate the magnitude of the wave with the type of instability, the volume of debris shifted by the landslide and the material of the mass flows.

The project is being led by Lecturer in Engineering Geology Dr Irene Manzella, who has been studying both volcanoes and landslides for more than a decade. She said:

“Spending time on Stromboli will allow us to gather extensive data on the amount of material shifted by the 2019 eruption, and to see how much of it entered the seas. It is a volatile and instable area, but by taking samples above and below the sea surface, we can build a complete dataset to computer model the events occurred during that eruption.

"This will enable us to not only fully characterise its impact but also to better understand the process involved in these phenomena more widely.” 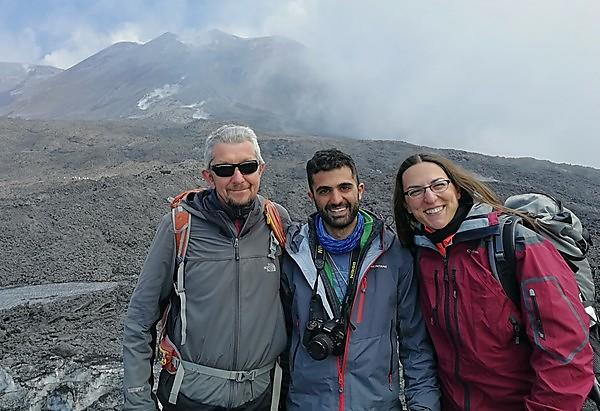 The University of Plymouth team working on the project (from left) Dr Paul Cole, Symeon Makris and Dr Irene Manzella

Stromboli has been active for many centuries, with scientists believing that larger eruptions, instabilities and tsunamis are possible and, as such, efforts to mitigate their potential destructive impact need to be taken.

In particular, an eruption on December 30 2002 triggered a landslide-induced tsunami wave of up to 10 metres, causing extensive damage to property and infrastructure along the coast.

By gaining a better understanding of what causes these tsunamis, scientists hope to be able to enhance early warning systems on the island to protect its permanent residents and the hundreds of thousands who holiday there each year.

Dr Paul Cole, Associate Professor of Volcanology, Co-Investigator of the project and former Director of the Montserrat Volcano Observatory, added:

“For tsunamis caused by earthquakes, there are detailed alert systems in place and alarms sound to warn people that a wave is approaching. But for volcanic tsunamis it is a bit more tricky as you have an unstable mass that is being shifted by an eruption of major intensity. If we can get a better understanding of how these masses move, and the subsequent effects they have, we can look to decrease the danger for people living in these communities and help others living in the shadows of coastal volcanoes all over the world.” 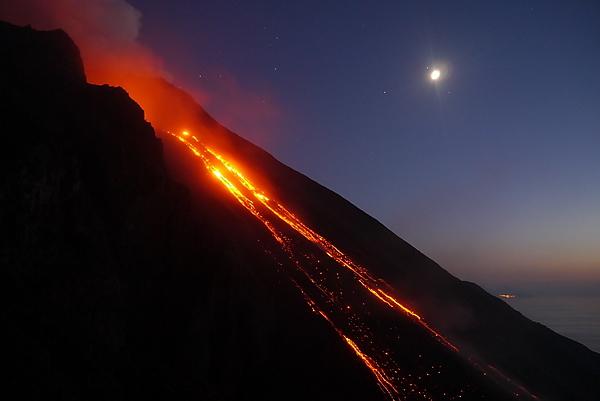 The research project runs until August 2020 and has been funded through a grant from the Natural Environment Research Council.

Find out more information about the project