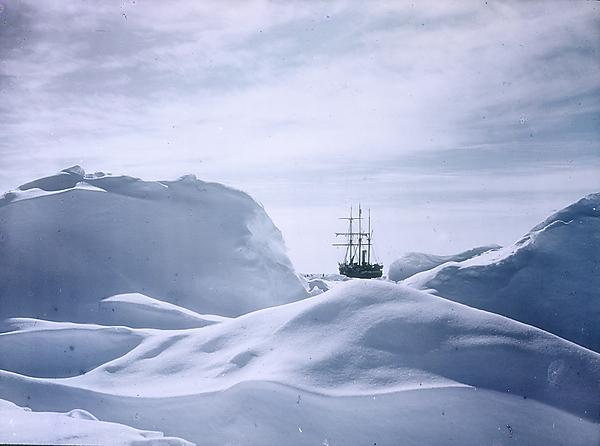 Photograph showing glimpse, between hummocks of snow, of the ship "Endurance", the Shackleton Expedition. Provided by the State Library of New South Wales, Australia.

It has been hailed as one of the greatest shipwreck discoveries in history.

Endurance, the lost vessel of Antarctic explorer Sir Ernest Shackleton, finally located more than a century after she was holed by sea ice and sent to the bottom of the Weddell Sea.

For decades, scientists, historians and mariners have speculated as to the ship’s final resting place, with only the calculations of Shackleton’s filmmaker Frank Hurley and the unproven but ultimately accurate calculations of her Captain, Frank Worsley, to support their hypotheses.

That was until a project mounted by the Falklands Maritime Heritage Trust located the vessel more than 3-kilometres below the surface, off the coast of British Antarctic Territory.

Using a South African icebreaker and submersibles, the team were able to navigate through the sea ice to the search area and peer into its freezing depths. In so doing, they obtained remarkable video footage of the vessel, which, befitting its name, has endured incredibly well. Preserved in an upright position and with its timbers intact, it’s been proclaimed as “the finest wooden shipwreck ever seen” by marine archaeologist Mensun Bound.

And that is the way that Endurance will remain, thanks to the work of environmental law experts in the University's Faculty of Arts, Humanities and Business, who, three years ago, helped to create a ground-breaking policy that provides protection for underwater heritage in the region – even that which is unlocated.

“Protecting underwater heritage has, historically, been something of an after-thought,”

explains Jason Lowther, Associate Professor of Law in the School of Society and Culture.

“Until recently, it’s been extremely unlikely that anything lost in deep water could be found again, particularly in an environment like Antarctica. But with the march of technology, the situation has flipped, and there has been a growing call to safeguard underwater sites containing objects of historical and cultural importance.”

That was the situation in 2018, when the Maritime Archaeology Sea Trust (MAST) approached Jason and Mike Williams, a Visiting Professor and Research Fellow and renowned expert in the field, to seek their expertise in law. MAST had already been in discussion with the Foreign and Commonwealth Office (FCO) about undertaking an assessment of underwater cultural heritage in British Antarctic Territory, precipitated in part by the then proposal to search for Endurance. Jason and Michael’s recommendation was that the 1959 Antarctic Treaty needed a new policy that specifically addressed such underwater cultural heritage.

“Vessels that are classed as Sovereign immune – those that are state-owned or operated – are automatically protected from being salvaged by third parties,”

“Endurance, however, was owned by Shackleton and was a registered merchant vessel, so it would have been perfectly lawful to remove something from it without the owner’s consent.”

A series of conversations followed with FCO before all parties, including Bournemouth University, signed a Memorandum of Understanding that set in motion the project. Jason and Mike began to draft the policy that would be incorporated into the 1959 Treaty, introducing this underwater archaeological dimension.

It was a process not without its quirks, not least because the rules governing British Antarctic Territory are not the same as those for the UK’s territorial waters. Indeed, says Michael, the government at that time had modified and adopted rules established by a 2001 UNESCO convention on underwater heritage – though it had also refused to sign that convention.

“It was probably a bit of a niche subject for the British Antarctic Territory to take on,”

“They had a heritage policy, but it extended to things you could see on land – old huts and whaling stations. So, that step into the icy waters was a big one for them – but we overcame it.”

The draft policy drew upon the UNESCO and British Antarctica Territory documents and was accepted without amendments. In 2019, Endurance was added to the schedule of historical monuments even though its location was still not known at that time.

“The trick was to make it flexible enough to be able to protect that which is unlocated,”

“And there are countless other ‘unknown’ wrecks out there – those ships that sailed south but disappeared, with no radio to tell anyone that they were there.” 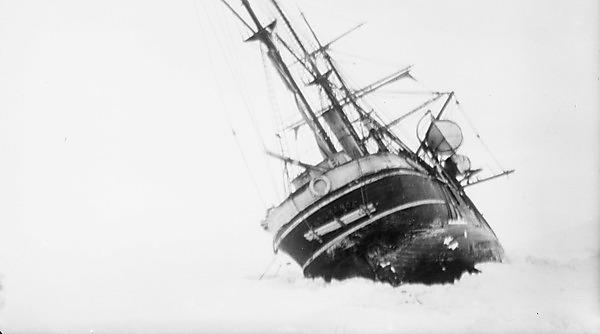 This would subsequently be demonstrated in 2021, when Spain also used the policy to designate as underwater heritage the wreck of the San Telmo – though it has never been located following its loss in 1819 somewhere around Livingston Island.

The policy also enshrines the concept of ‘preservation in situ’ – leaving things where they are if they’re stable, and only seeking to remove them if that changes. The issues with preserving iconic wrecks such as the Mary Rose and the Vasa have ensured that Endurance will only be explored through visual technologies such as virtual and augmented reality.

Jason and Michael’s work became a case study within the University’s submission to the most recent Research Excellence Framework and was this year, for the first time, included as part of the University's History and Heritage module. The pair are currently editing a book on cultural heritage perspectives across the world, and later this year, Jason will join Michael on the Joint Nautical Archaeological Policy Committee for the UK.

“It’s great to have been part of something so foundational as this,”

“And it’s gratifying that Plymouth is developing a reputation as the go-to institution for legal expertise in underwater heritage. To see the pictures and the state of preservation – and know it is going to stay like that – is something of which we can feel very proud.”

“When we started this work, I thought it was technically interesting, but never dreamed it would have an application in my lifetime,”

“I knew that one day, Endurance would be found, but such were the technological challenges of locating it that I thought it might be three or four decades away. And the irony is not lost that Plymouth was the last UK departure point for Shackleton and it’s Plymouth 100 years on that is protecting Endurance.”