The combined environmental threat of plastic pollution and ocean acidification are having significant impacts on species living in our oceans, according to new research.

An international team of scientists found that after three weeks of being submerged in the ocean, the bacterial diversity on plastic bottles was twice as great as on samples collected from the surrounding seawater.

However, in areas of elevated carbon dioxide, a large number of taxonomic groups – including bacteria that play an important role in carbon cycling – were negatively impacted.

Conversely, other species – including those that have previously been shown to thrive in areas of high ocean plastics and to potentially cause disease on coral reefs – were enriched by it.

The research also showed that while many groups of bacteria were shared between plastic, free-living and particle-associated samples, almost 350 were found uniquely on plastics.

Writing in the journal Marine Pollution Bulletin, researchers say the study adds to growing evidence that the increasing presence of plastic marine debris is providing a novel habitat for bacteria.

However, their results highlight that environmental conditions and local ecological processes will play an important role in determining its broader impact over the coming decades.

Scientists submerged a number of plastic bottles in seas off the Japanese Island of Shikine-jima, a region renowned for its CO2 seeps, where the escaping gas dissolves into the sea water and creates conditions similar to that expected to occur worldwide in coming years.

They then used a combination of DNA sequencing and statistical techniques to analyse how bacteria colonise the plastic in comparison to the surrounding natural environment, and whether the increased CO2 levels would cause changes in the bacteria’s distribution.

"Discarded plastic drinking bottles have become a common sight in our oceans and we were expecting to see them being colonised by different types of bacteria. We also predicted that raised CO2 levels would cause significant changes in the bacterial colonies, but it was still surprising to see the extent of that change and how the raised levels affected species differently. To see beneficial species dwindling while harmful species thrive is an obvious present and future cause for concern.”

Jason Hall-Spencer, Professor of Marine Biology at the University of Plymouth and senior author on the study, added:

“Up to 13 million tons of plastics from land end up in the oceans each year and they have been shown to affect all types and sizes of marine species. Combine that with rising CO2 levels and the threat posed to the global ocean is stark. It reinforces the importance of taking steps to meet the standards demanded by international climate treaties so as to reduce the impact of ocean acidification and warming. It is also within our power to change cultures so that litter created on land does not become an environmental hazard in our oceans, both now and for future generations.”

Researchers from Tsukuba, Plymouth and other collaborators have published several studies over the past decade showing the threats posed by ocean acidification in terms of habitat degradation and a loss of biodiversity.

It is also the latest research by the University of Plymouth into plastics, with it being awarded a Queen’s Anniversary Prize for Higher and Further Education in 2020 for its ground-breaking research and policy impact on microplastics pollution in the oceans. 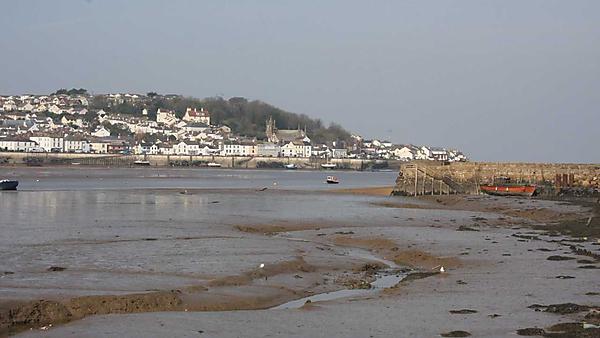