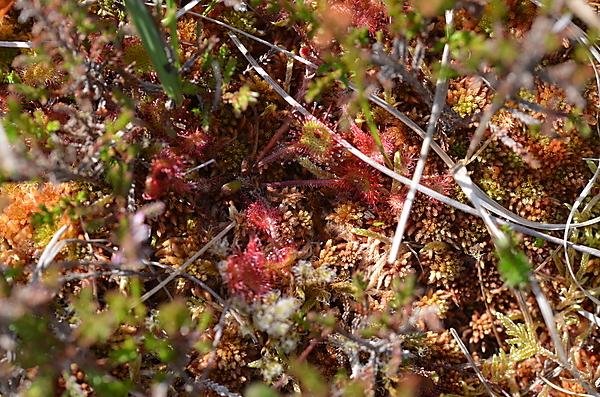 The peatlands of Dartmoor could be an underestimated resource in the fight against climate change as their ability to store carbon has not diminished in almost 150 years, research shows.

Scientists from the University of Plymouth investigated whether there has been a reduction in the strength of carbon sinks in the moor’s valley mires and blanket bogs.

By taking a series of core samples they were able to analyse peat age, bulk density and carbon content and calculate past rates of carbon accumulation.

The results show that both past and contemporary rates of CO2 sequestration were found to be at the maximum of those reported for temperate peatlands.

That, researchers say, suggests recent changes in climate appear to have had minimal impact on the strength of peatland carbon sinks in South West England.

It suggests that recent bioclimatic envelope models may be underestimating the potential future contribution that UK peatlands can make to carbon sequestration under observed climatic trends.

The study, published in the June edition of Science of the Total Environment, was conducted by academics and students from the University’s School of Geography, Earth and Environmental Sciences.

“Annually up to 10 tonnes of carbon dioxide is taken out of the atmosphere per hectare of peat forming vegetation and, in those terms, it is probably the most cost effective way of getting carbon out of the atmosphere. Our findings suggest that, contrary to expectations, the peatlands of Dartmoor are stable and possibly increasing, due – among other factors – to increased rainfall and changes in the patterns of rain. With government targets to be zero carbon by 2050, peatlands could therefore be an overlooked resource in the fight against climate change.”

Watch our animation about the peatlands of Dartmoor

Peatlands are estimated to cover three to four per cent of the world's land area, with estimates that they help to remove one to five per cent of global annual human greenhouse gas emissions. In the UK, they cover 24,600 km² (around 15 per cent of the land area) and store 2.3–3.12 Gt C, potentially making a significant contribution to national GHG reduction targets.

On Dartmoor, there are around 8,000 hectares of peatland with this research – which focussed on Fox Tor Mire and Red Lake Mire, south east of Princetown – showing that areas with peat forming vegetation are increasing in depth by up to 10mm each year.

Using the mean accumulation rate, scientists estimated that 88,000 tonnes of CO2 have been sequestered in Fox Tor valley mire during the period from 1876-2010.

In recent years, there have been initiatives to raise the water table – both expanding and enhancing the peatlands on Dartmoor – with the University involved in a range of citizen science projects, and ongoing research, in this area.

“Climate scientists agree that peatlands have had an important role in past global cooling and have the potential to make greater contributions in the future. However, as well as the environmental considerations, there are local challenges to overcome, in terms of convincing those living and working on Dartmoor of the benefits of peatland restoration. However, our research suggests that if that can happen, the moors could be a key environment when it come to mitigating against future climate change.”

The full study – P.H. Lunt, R.M. Fyfe and A.D. Tappin, Role of recent climate change on carbon sequestration in peatland systems, is published in Science of the Total Environment, https://doi.org/10.1016/j.scitotenv.2019.02.239.