Increasing public knowledge and understanding about energy issues is vital if improved energy-saving behaviours are to be encouraged among individuals and organisations, a study suggests.

A survey conducted at Plymouth University indicated widespread misconceptions about energy which researchers said may be reducing the effectiveness of energy-saving behaviours.

It also showed varying levels of motivation and engagement with energy issues, with respondents saying they were uncertain about their capacity to influence business and government on matters of environmental importance.

The study - published in Local Environment: The International Journal of Justice and Sustainability - was carried out in an attempt to develop a more integrated understanding of energy literacy and to draw out connections between knowledge, attitudes and behaviours.

“Energy use affects every aspect of contemporary life, and energy saving is a crucial part of our response to climate change and fossil fuel depletion. But despite a range of energy-related behaviour change initiatives in education and public life, ‘energy literacy’ among citizens remains patchy. Studies have in fact shown that environmental concerns in some countries are at a 20-year low, and without strong motivation for changing behaviours, there is limited potential for energy consumption to be further reduced.”

The research involved academics from three areas of the University – which as an institution has won four Green Gown Awards and topped the People and Planet Green League in 2015 – including the Pedagogic Research Institute and Observatory (PedRIO), the School of Geography, Earth and Environmental Sciences and the Centre for Sustainable Futures.

They analysed more than 1,100 responses to a questionnaire, which asked participants about their knowledge of energy issues and any current energy saving measures they employ.

Results showed that more than 90% of respondents considered themselves at least somewhat informed on global energy issues, while 21% of females and 16% of males felt limiting climate change was the most important issue facing the UK today.

Three-quarters recognised their behaviours could make a difference to the energy situation, but less than half felt they had the power to influence the actions of government (45%) and companies (48%) to solve energy problems.

The majority of respondents said they tried to employ energy saving behaviours, such as turning off lights (97%), walking or cycling for short journeys (88%) and turning down heat in their homes (80%), and 54% claimed they always or frequently tried to convince friends to alter their energy behaviour. However, there was widespread misunderstanding about which actions saved most energy – thus behavioural choices were not always the most effective.

“This research particularly emphasises the importance of not overlooking knowledge as a means of improving the prospects for informed decision-making in both existing and new contexts. It suggests that greater efforts are needed to link formal learning with daily life to enhance awareness of how individuals use energy in everyday practices and illustrate how changing behaviours affect energy use. Collective action is frequently identified as playing a key role in adaptation to environmental change, yet our findings offer depressing reading on this front and suggest an increasing focus on individualism.”

Energy use affects every aspect of contemporary life, and energy saving is a crucial part of our response to climate change and fossil fuel depletion, but ‘energy literacy’ among citizens remains patchy 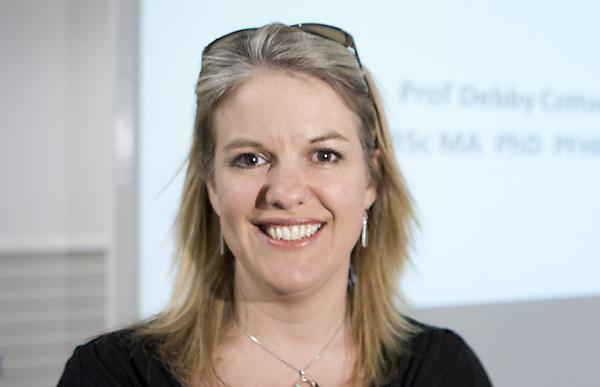 Study in the School of Geography, Earth and Environmental Sciences

Read about our sustainability commitments

The Centre for Sustainable Futures

Local Environment: The International Journal of Justice and Sustainability