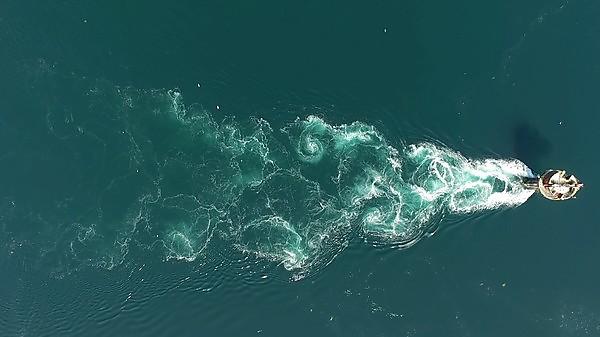 The foraging behaviour of seabirds is dramatically affected by turbulence caused by natural coastal features and manmade ocean structures, new research has shown.

In a first-of-its-kind study, scientists from the UK and Germany used drones to provide a synchronised bird’s eye view of what seabirds see and how their behaviour changes depending on the movement of tidal flows beneath them.

The research focused on the wake of a tidal turbine structure set in a tidal channel – Strangford Lough in Northern Ireland – that has previously been identified as a foraging hotspot for terns.

Through a combination of drone tracking and advanced statistical modelling, it showed that terns were more likely to actively forage over vortices (swirling patches of water).

However, eruptions of upwelling water (boils) ahead of the terns’ flight path prompted them to stay on course as they approached.

Writing in the Royal’s Society flagship biological research journal, Proceedings of the Royal Society B, the researchers say their findings offer a never-before-seen insight into how tidal turbulence can impact foraging behaviours.

They also say it potentially gives them the ability to predict how species might respond to environmental changes such as the increased future development of ocean renewable energy sites and climate change.

The study was conducted by researchers from Queen’s University Belfast and the University of Plymouth (UK), and Bielefeld University (Germany).

“Our research highlights the importance of identifying changes in local flow conditions due to ocean energy structures which can change the occurrence, scale and intensity of localised turbulence in the water. Through a fantastic interdisciplinary collaboration, we were able to track prevalent flow features and seabirds on thus far unobtainable scales, shedding new light on tern foraging associations with turbulence. We found that terns were more likely to actively forage over vortices, while conspicuous upwellings provided a strong physical cue even at some distance, leading them to investigate such features. This research can help us predict seabird responses to coastal change.”

“It is extremely exciting that we now have these incredibly detailed animal movement data, which allows us to investigate behavioural processes at effectively arbitrarily fine scales of animal decision-making. While it presented some new statistical challenges, the interdisciplinary nature of our project presents a valuable contribution to the emerging field of high-throughput movement ecology.”

Co-investigator Dr Alex Nimmo-Smith, Associate Professor in Marine Physics at the University of Plymouth, led the computational development of automatically and reliably tracking the terns using machine learning as well as mapping the underlying turbulent features. He added:

“The drone provided a real bird’s eye view, allowing us to track the highly localised foraging behaviour of the terns and the close association they have with particular flow features.

"Upwelling boils and swirling vortices, characteristic of strong tidal flows, can bring potential prey items (such as small fish) to the water surface and trap them there. Therefore, these physical processes provide foraging opportunities for the terns.” 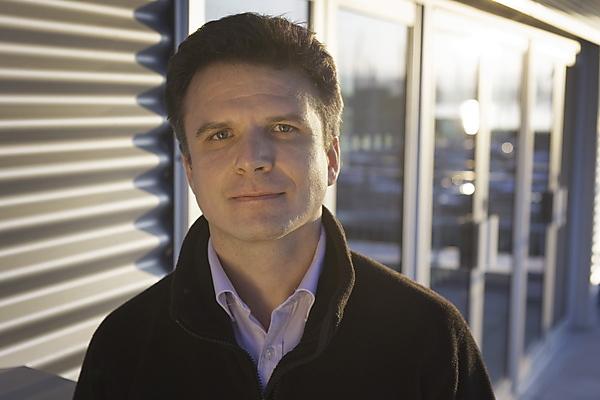 The full study – Lieber at al: A bird’s-eye view on turbulence: Seabird foraging associations with evolving surface flow features – is published in Proceedings of the Royal Society B, DOI: 10.1098/rspb.2021.0592.