An alumni business trying to make life easier for visually impaired people has been chosen as a semi-finalist in a national competition.

2017 BSc (Hons) Computing & Games Development graduate Marc Brooks will face off against other fledgling businesses from universities up and down the country in the 2019 Santander Universities Entrepreneurship Awards.

Marc’s business, Sensivision is bringing to market a revolutionary visual awareness system for the visually impaired, a handheld device that can either be held, or attached to a user’s white cane.

The product will detect obstacles using a camera, and relay information back to the user via either a haptic (vibration) or auditory (bluetooth audio) response.

Marc is travelling to the University of Greenwich today, along with 20 of the best businesses from universities across the region, to pitch for a place in the national final. If successful, he will benefit from an accelerator week of intensive coaching and business development, before taking part in the final, with the chance to win a share of the more than £80,000 prize fund.

“The main goal of this product is to empower the user to enter areas they wouldn’t normally venture into. My secondary goal is to make the product as cheap as possible. I don’t think people should have to break the bank to improve their lives, but there are competitors charging £650 for a product that costs £100-£150 to make.

“My product costs just £450 with a current production cost of £300, but I’m aiming to get this down to £150, and the retail price will reduced accordingly.

“My third goal is actually to make my product obsolete. I hope to produce a wearable tech version of the product, which will help free up the user’s hands. While this might seem a minor thing, I hope it will bring about major change for the user.”

Santander engaging in the life of the University

As part of their corporate staff volunteering scheme, Santander's energetic fundraising activities support our world-class research in Brain Tumour Research and other neurodegenerative diseases, and together we are dementia champions in the city.

Santander encourages its staff and their families to engage in life at the University – from free eye tests at the Centre for Eyecare Excellence to becoming a Friend of The Arts Institute, the University’s public arts programme. 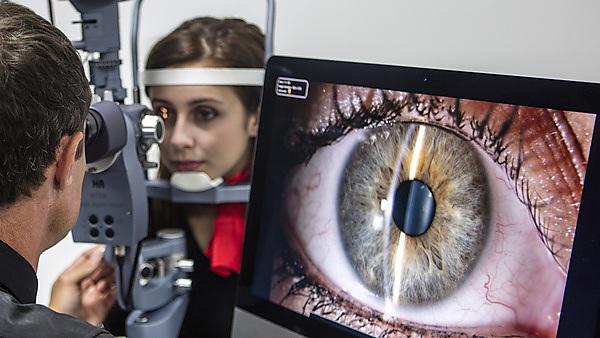 We've enjoyed a longstanding partnership with Santander Group, with much of our focus on Santander Universities Scholarships which are available to undergraduate and postgraduate students. These enhance the Plymouth student experience, employability and internationalisation.

Read more about our partnership 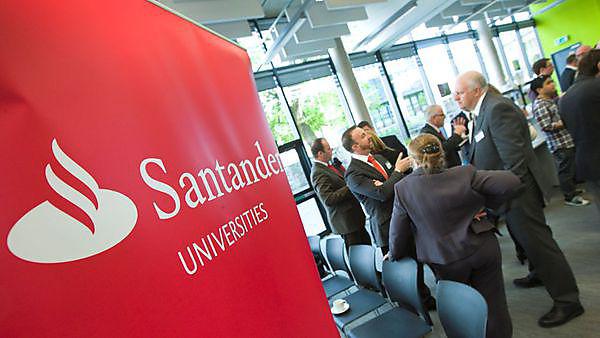