Academics from Plymouth University have taken part in an international conference promoting efforts to protect our oceans, beaches and marine wildlife.

The Global Wave Conference, organised by Cornwall-based environmental charity Surfers Against Sewage (SAS), brought together some of the world’s leading authorities on the marine environment and sustainability.

It was held at dual venues, the Bedruthan Steps Hotel in Cornwall and at the Houses of Parliament, and addressed issues including the latest solutions to better protect surf habitats, innovations in sustainability in the surf industry and lowering the impact of surf tourism.

Plymouth University’s Marine Institute and the Sustainability and Surfing Research Group were among the partners in the event, with academics addressing delegates at the conference including Dr Gregory Borne, Director of the Plymouth Sustainability and Surfing Research Centre, and Professor Richard Thompson, an internationally renowned expert in the field of microplastics and marine litter. The Westminster event was also attended by Professor Martin Attrill, Director of the University’s Marine Institute.

“The global wave conference organised by SAS was an amazing event and I feel hugely privileged to have been invite to speak and then attend the conference as both a delegate and a conference partner representing Plymouth University. This conference has really shown the power of surfing as a positive force for change toward sustainability on a multi-sectoral basis from grass roots through to the highest political level.”

“I have been working on the problems caused by contamination of the oceans by marine litter for over 20 years and am delighted by the positive steps SAS are taking to help raise awareness about the issue. I have been working with them to help indicate the problems and the solutions. An entire session of the GWC conference was devoted to this topic with presentations form key international experts.”

They were joined by keynote speakers including Guardian ethical journalist and BBC television presenter, Lucy Siegle, and scientist and explorer Dr Easkey Britton.

The discussions focused on repurposing marine litter, climate change, eco-surfboard designs, sustainable surf travel, how to safeguard water quality and the challenges faced by those involved.

There were also talks about how to inspire communities to take action and get involved, the evolution of the surf community and about how waves are a natural, economic and sports resource.

“The Global Wave Conference provided an unprecedented platform to share strategies to better protect priceless marine environments and natural surf heritage. We were honoured that so many luminaries of the surf and environmental world participated and have shown their true commitment to protecting waves, oceans and beaches. The need to act has never been more acute, with our oceans under more pressure than ever. From plastic pollution to raw sewage discharges, in places we’re witnessing the wholesale destruction of unique and irreplaceable habitats and coastal spaces so vital for healthy and happy communities.” 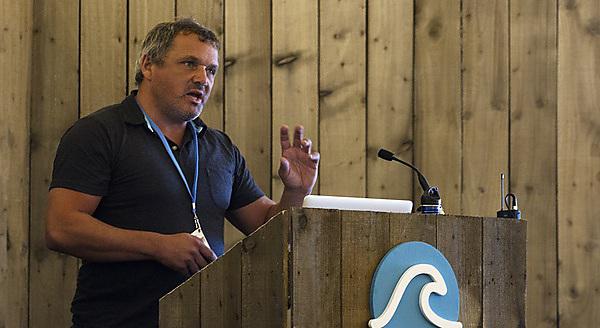 Leading scientists express concern over microplastics in the ocean