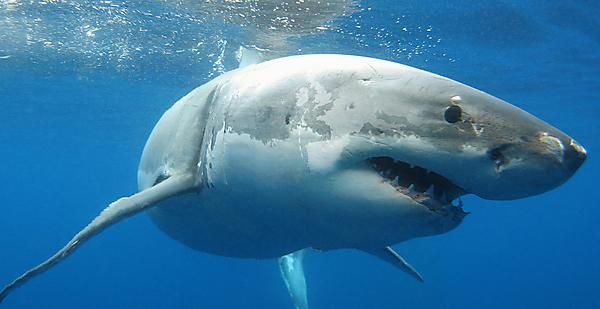 It has long been a mystery to biologists and shark fans alike why we do not have great white sharks swimming in our seas around the UK.
These giant predators, with an average length of 15–16 feet, are regularly spotted in the colder waters off South Africa which are a similar temperature to that of Devon and Cornwall, but are yet to be confirmed to visit our waters.

Devon and Cornwall are two of Britain's largest shark hotspots, with an estimated 10 million small and 100,000 larger sharks across 40 different species said to already be swimming in the seas around the UK.

Sharks, especially great whites, eat a lot of seals as part of their diet and there are over 43,000 harbour seals and 90,000 grey seals in the UK. Being among the only warm-blooded fish, great whites get most of their energy from their food and one of the best sources of energy comes from fat – and seals have a lot of that – which makes the UK a tempting hunting ground.
Great white sharks have been reported in the UK since 1965 and the Shark Trust states that there have been over 100 credible sightings of great white sharks in the last 10 years. But why has there yet to have been a confirmed sighting?
Wildlife conservationist Richard Peirce has led investigations during the last 15 years and followed up on nearly 100 claimed sightings of great white sharks around the British Isles – with 12 of these sightings remaining credible. It is likely some reports concerned the same shark, which could reduce the number of possible sightings to seven, from Falmouth in 1965, to Lewis in the Outer Hebrides in 2016. 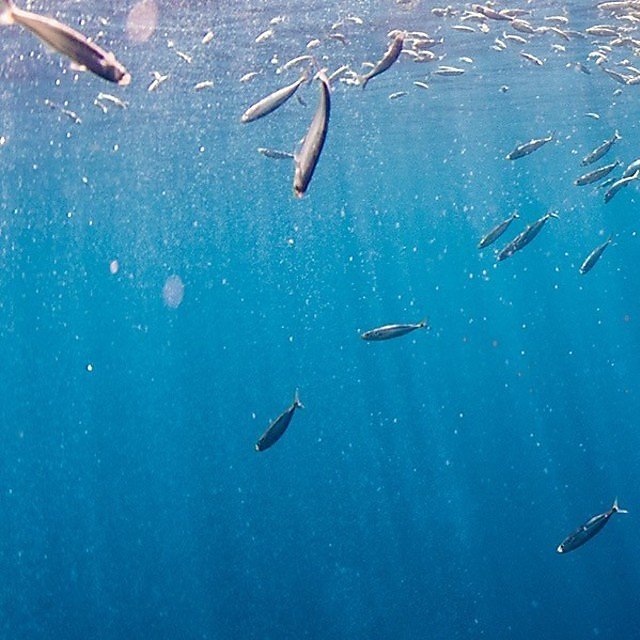 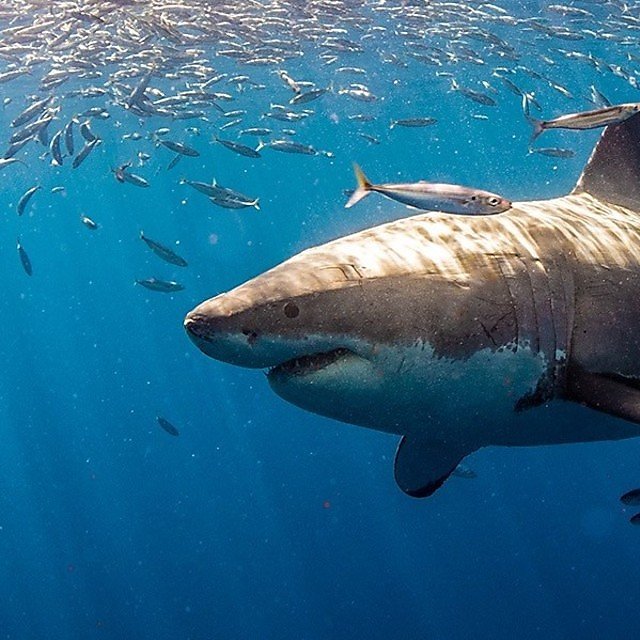 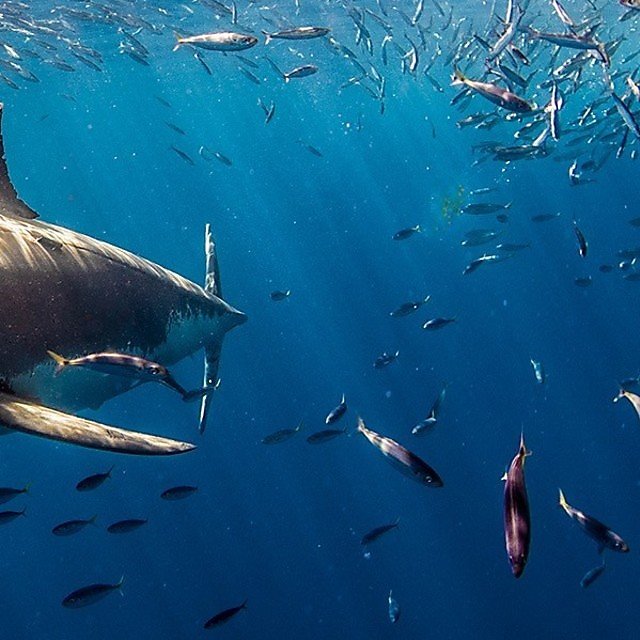 The great white vs humans. We're actually quite alike...

The great white, just like us humans, is endothermic, which means they have to regulate their internal body temperature and are able to have a body temperature which is cooler or warmer than the surrounding water. This means they are able to travel in waters where the temperatures can range anywhere between 2.7°C–27°C – (Francis et al 2012) pretty much anywhere, except for polar regions.

The waters they tend to inhabit are generally around the 16°C mark, which is bang in the middle of the mean water temperature the UK experiences during summer and autumn months. Making our waters perfect for great whites. So why aren't they in our waters?

The truth is nobody really knows. Some hypothesise they have not just yet discovered our shores. Whereas some say their migration is not worth the energy it would take. While others believe they are in fact here but remaining hidden, apart from the occasional speculative sighting.

Investigating the absence of the great white shark in the UK

This mystery has intrigued Plymouth MRes Marine Biology student Max Kimble, who recently published his dissertation paper on great white sharks in Britain.
The results of Max's dissertation, 'An investigation into the absence of the great white shark (Carcharodon carcharias) from British waters', showed that “British waters display near-perfect habitat suitability for both sexes year-round, thus indicating that there is no environmental reasoning for their apparent absence.”
Despite this, Max believes an answer may have been found within their behaviour.

“When comparing the tagged shark’s migrations with what we know about their migratory habits, it was concluded that if a great white were to visit British waters it would most likely be a male from the Mediterranean population swimming at depth, therefore explaining why despite perfect conditions, they have not been confirmed in these waters due to their prolonged time at depth.”

Alternatively, Max puts forward a counter hypothesis, “indicating that British waters are suited to the northwest Atlantic population and that the Mediterranean white sharks have different environmental preferences due to their geographic isolation and potential speciation.”
Max used NASA's Giovanni system to combine sea surface temperature data with the tagged location of sharks to determine preferred habitat characteristics. 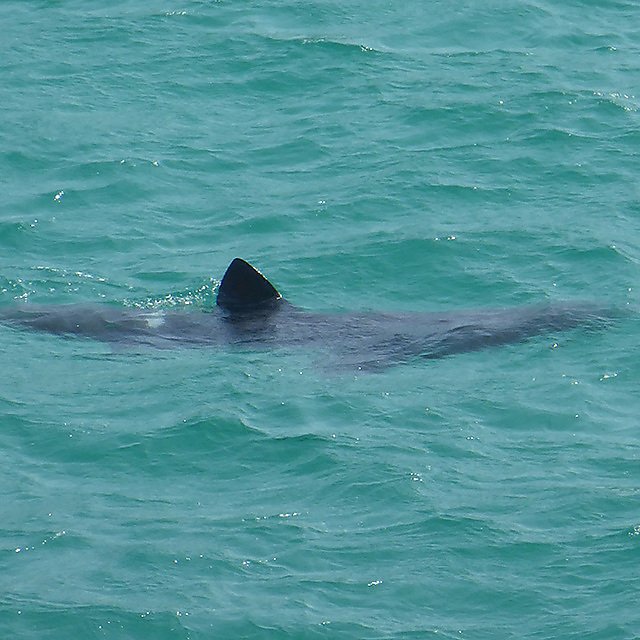 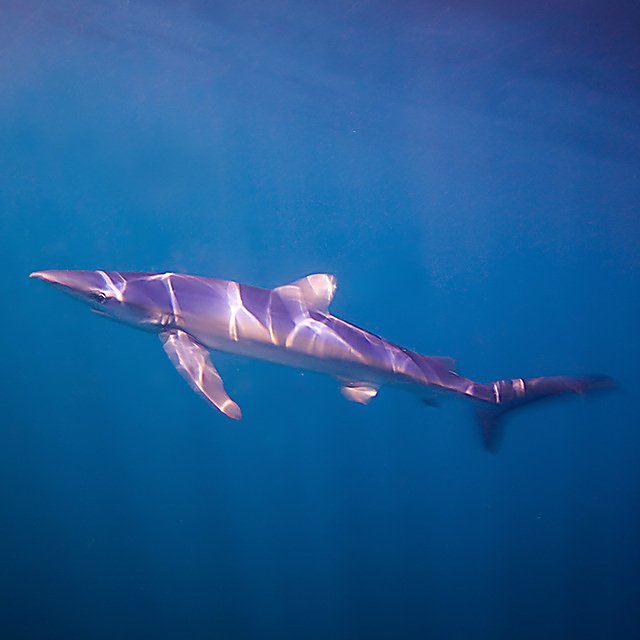 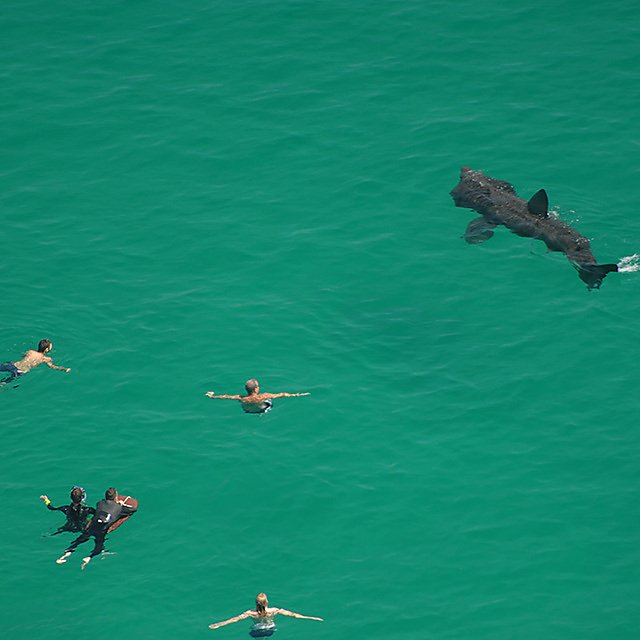 Swimming alongside a basking shark in Cornwall

Some experts are now predicting a rise in sightings of certain species of sharks, such as great hammerhead, blacktip and sand tiger, due to the impact of global warming.

Climate change is causing oceans to become warmer, forcing sharks to migrate further north to colder waters. A prediction has been made that more sharks will spread from warmer regions such as the Mediterranean sea over the next 30 years.

It has become something of an annual tradition for fisherman and boaters to report sightings of a great white, but we are still waiting for concrete proof of their existence this close to home.
So far it is most likely that they have been mistaken for another type of shark – such as the porbeagle – dolphins, or even marine litter. 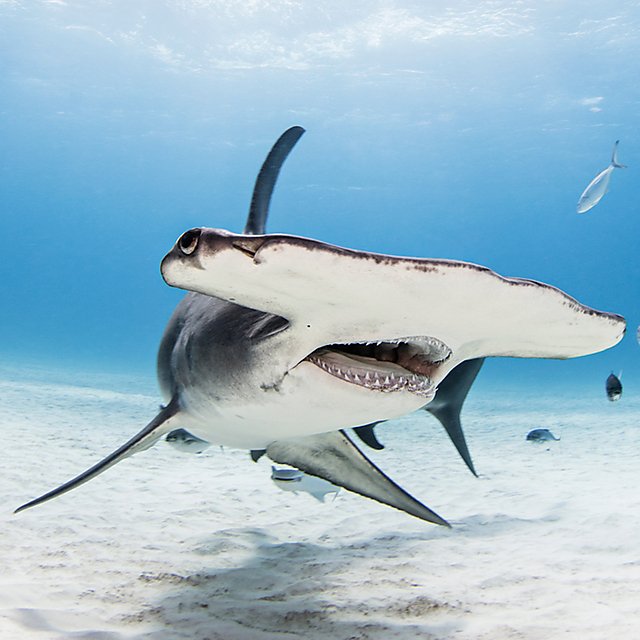 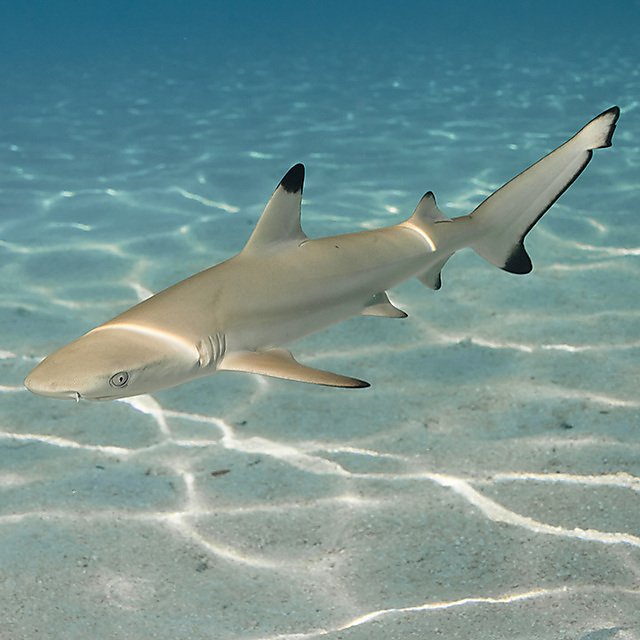 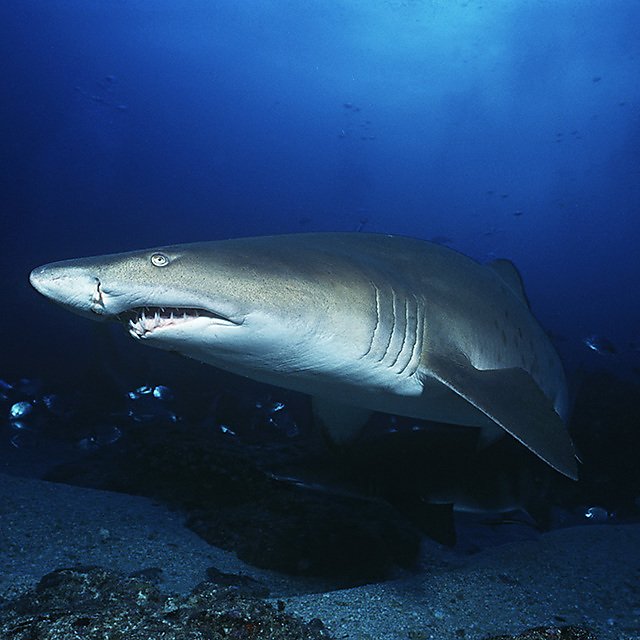 Sharks should be afraid of us

It is thought that over 100 million sharks are killed each year. Overall, shark numbers are falling because of climate change, overfishing and plastic waste in the oceans.
Most larger sharks such as the great white are recorded as endangered species and are either vulnerable or near threatened. The International Union for Conservation of Nature (IUCN) lists the great white shark as globally vulnerable. While our closest population (the Mediterranean great white shark) are listed as critically endangered.

We are therefore a far greater threat to sharks than they are to us.

Their killer status is certainly one that has been over-hyped in the media and cinema. We are more likely to be swept away by a rip tide than fall victim to a man-eating shark. While Britain's biggest variety – the basking shark – is only a threat to plankton.
Whether sightings of the great white are tall tails to write into folklore or a sign of what is to come, we will just have to wait and keep an eye on our waters.

How can I support shark conservation?

Through collaborative projects with leading marine conservation charity The Shark Trust, our students are developing relevant, real-life, transferable skills which are being practiced and honed in a variety of public engagement settings including with the National Marine Aquarium.

The Shark Trust was established in 1997 to provide a voice for sharks in the UK. The charity is a well-respected advocate for shark management and protection, part of a global collaborative movement in shark conservation.

Our students are trained as shark ambassadors to inspire, inform and motivate public audiences to support shark and marine conservation. 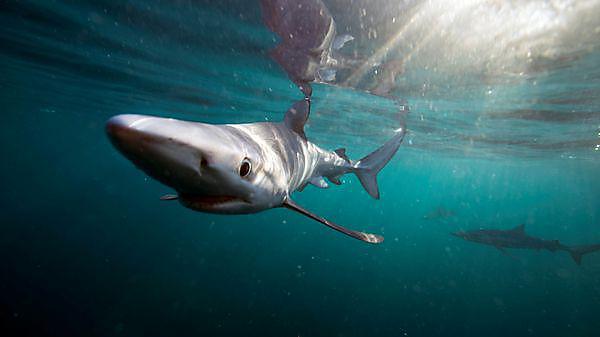 Help safeguard the future of sharks

Some sharks reproduce by laying eggs. These are surrounded by a tough leathery capsule that protects the embryo as it develops inside. After several months they hatch and a fully-formed shark will emerge. Once empty, the eggcases (also known as mermaid purses) often wash up on the beach.

The Great Eggcase Hunt began in 2003 in Devon, with the aim is to get as many people as possible out hunting for eggcases. By recording your finds you're helping The Shark Trust to discover more about egglaying species in our waters.

Find out more about the Shark Trust's great eggcase hunt 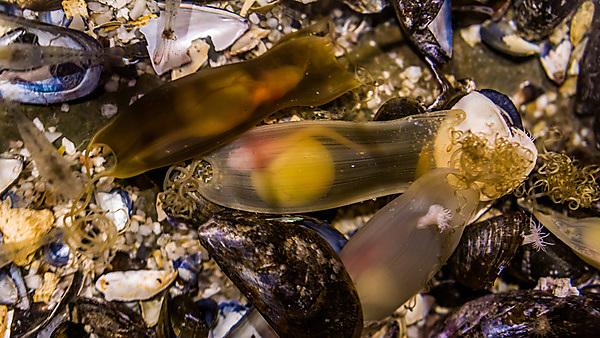 Shark eggs in mermaid purses with a living fetus