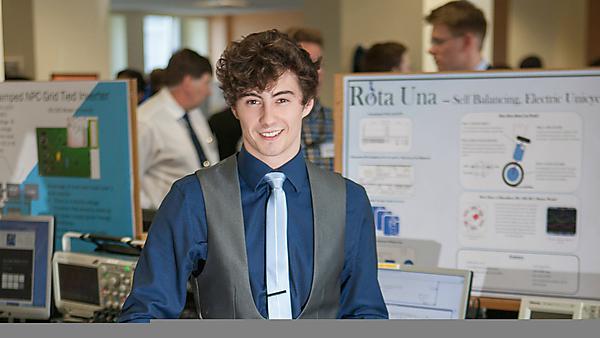 From fixing things in his father’s workshop as a child to playing themes from Star Wars and Harry Potter at 100,000 volts, MEng (Hons) Electrical and Electronic Engineering graduate Max Simmonds has made remarkable progress. This ambitious young engineer has worked with some of the biggest names in the industry, and will continue to refine his talent with Plymouth University.
At the age of just 22, Max’s achievements have already been recognised by the engineering industry, academia and the government alike, leading to his nomination as one of The Manufacturer’s Top 100; a prestigious list of exceptional individuals in the UK.
This was followed by a year on a work placement with National Instruments (NI), providing hardware and software to some of the most prominent engineers and scientists around the world.
“The companies I worked with ranged from one-man-band, small-scale projects all the way up to multi-million pound companies like Rolls Royce, BAE systems,” said Max. “My favourite customer to work for was a contractor from NASA, who needed help developing some computer code that was to be deployed to the International Space Station to monitor the health of the astronauts on board.”
Back on terra firma, Max cites the creation of his innovative musical Tesla Coil as the highlight of his time with NI – the end result being electrifying renditions of Star Wars’ Imperial March and Hedwig’s Theme from Harry Potter.
This was merely one of a long list of achievements that include participating in the Met Office’s International SpaceApps Challenge; designing and building his own 3D printer from scratch, and even helping to present the Royal Institute Summer School 2015, hosted by Professor Danielle George and Professor Brian Cox.
“I learned a great deal on my placement, enhancing my engineering skills in a very different way to how I’ve developed at University,” said Max. “Working with engineers who have been in this type of job for many years is a great opportunity and a chance to learn many new skills that you cannot acquire at university alone. It also developed my soft skills, which could be as simple as writing emails, or more complicated ones such as writing technical articles.”
Max believes the Plymouth approach set him up for success, and he is set to complete his Masters here, but not before heading to Switzerland for a work placement at CERN in Geneva.
He said: “I chose Plymouth simply due to the amount of practical work that the students did – I attended the open days and the final year project showcase before I applied. Plymouth stood out for me because almost everything you have learnt in theory is backed up with a practical lab.
“My future plans are to carry on with my education and complete my Masters of Engineering with Plymouth University next academic year,” he said. “In the meantime, I have succeeded in getting a summer placement at CERN in Geneva, Switzerland (where the Large Hadron Collider is, LHC). So I will be working there for a couple of months before coming back to university.”

If you would like to find out what other relevant alumni from the Faculty of Science and Engineering are currently doing, please visit the engineering and robotics interest area. 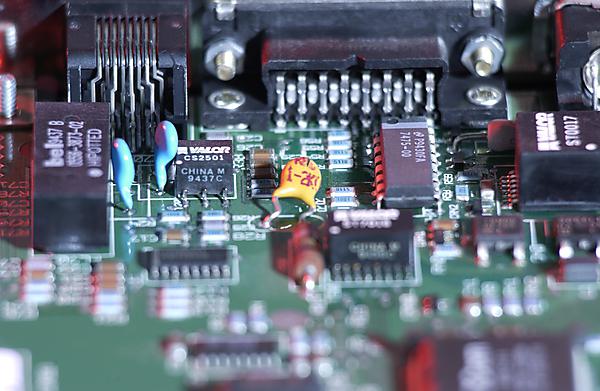