The bioaccumulation of engineered nanomaterials in aquatic organisms: bioavailability, uptake mechanisms and a tiered approach to testing

The environmental bioaccumulation hazard of engineered nanomaterials (ENMs) in aquatic organisms is poorly understood, especially the effects of aged nanomaterials. This presentation aims to describe the mechanisms of bioaccumulation of pristine and aged nanomaterials in fish, especially using data from the EU Nanofase project (http://nanofase.eu/). The bioavailability of ENMs in the gut lumen depends on the physico-chemical properties of the materials, the composition of the gut lumen fluids (ionic strength, pH, organic matter, etc.) and the location and specificity of the transport pathways in the gut epithelium. In vivo studies with Ag nanoparticles (NPs) and Ag2S NPs show that the bioavailability of ENMs in trout is a few percent of the dose, as expected. The target organs include the gastrointestinal tract and the liver. The organ pathologies from these types of exposures are being documented in fish and other wildlife. We have also proposed a change to the overall testing strategy to a tiered approach that considers animal welfare and alternatives to using vertebrate animals in vivo, including in silico modelling, read across from earthworm bioaccumulation tests, an in chemico digestibility assay to assess bioavailable fractions and ex-vivo measurements on gut sacs of fish. 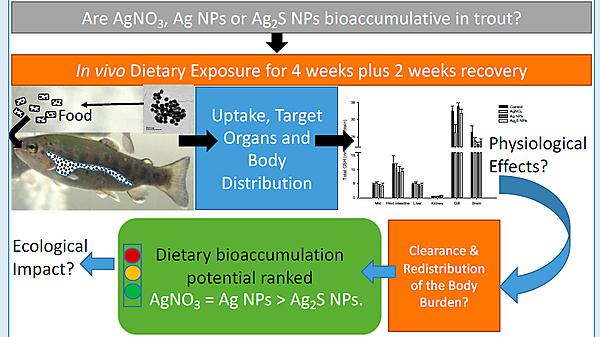 The role of hydrogen peroxide in plant stress responses​

Hydrogen peroxide (H2O2) is formed by interaction of metabolism and oxygen. While it is a potentially damaging oxidant, it also has roles in pathogen defence, signalling and development. H2O2 is produced in multiple cellular locations and may perform multiple functions. Understanding this complex system is hampered by a lack of methods to measure H2O2 with high chemical, spatial and temporal resolution. Genetically-encoded fluorescent sensors with high specificity for peroxide can overcome some of these problems. After outlining the pathways of H2O2 production and removal, I will describe the use of two genetically-encoded probes with high specificity for H2O2 (HyPer and roGFP2-Orp1) in plants . We have targeted expression of the probes to specific subcellular compartments in Arabidopsis and tobacco leaves and have used these plants to uncover new aspects of plant response to high light and pathogens. ​ 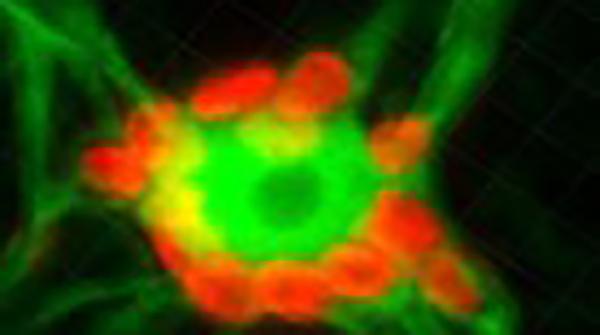 Effects of an unusual foraging specialisation in a dolphin population

Behavioural specialisation can evolve as a complementary route to competition and have far-reaching implications for individual fitness and population processes. In this talk I will present the causes and consequences of an unusual foraging specialisation in which wild dolphins cooperate with artisanal fishers to catch mullets in southern Brazil. We will cover and discuss the following questions: Why are dolphins motivated to help fishermen? What are the benefits for dolphins and the effects of this fascinating interaction for the dolphins population? Is this rare system stable or threatened? What do we know about the ecological and behavioural mechanisms behind this event after 12 years of studies? And what are the social, economic and ecological motivations to protect this system? 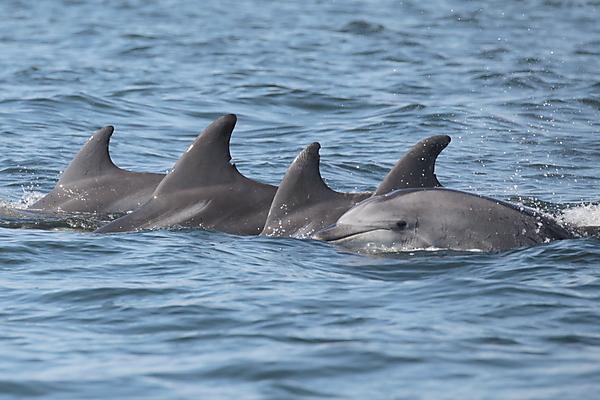 The genetics and genomics of heterostyly in Primula: from Darwin to DNA​ 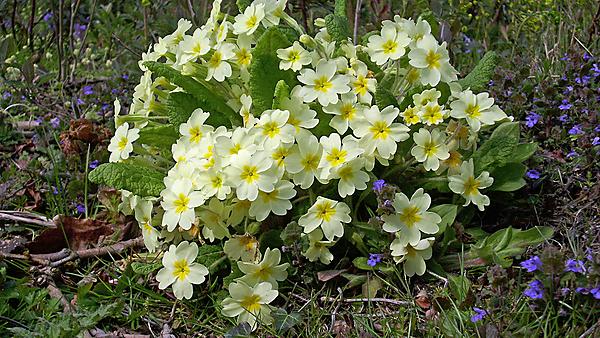 Amphibians are suffering catastrophic declines in biodiversity across the globe due to lethal fungal and viral pathogens. Host-associated microbes may hold the key to preventing the spread of these diseases, given their ability to protect amphibian hosts from infection. Here I’ll discuss the potential for skin bacteria to mitigate infection by two key amphibian pathogens, the chytrid fungus Batrachochytrium dendrobatidis (Bd) and the virus ranavirus. Fundamental knowledge of the strength of interaction between skin bacteria and these pathogens can help us predict the likely spread and severity of infection in natural populations based on the prevalence of protective bacteria in the wild. From an applied perspective, we may be able to manipulate the composition of the skin microbiome to confer resistance to amphibian hosts, and so arrest population declines due to disease. ​ 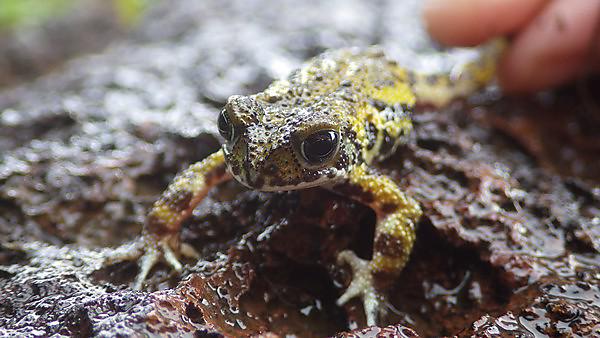 Transitions in sexual system and comparative genomics of sex chromosomes

Sexual systems have profound impacts on genome diversity and structure and they also affect the levels of intragenomic conflict. Tadpole shrimps are rare examples where three sexual systems representing a range of inbreeding occur. Closely related populations of the European tadpole shrimp, Triops cancriformis, can be gonochoric, hermaphroditic or androdioecious (AD, hermaphrodites and rare males). Having previously established that this unique animal system has genetic sex determination, we focused on building up genomic resources in order to assess the impact of different sexual systems on genomes, and sex chromosomes. We have sequenced, assembled and annotated three genomes (male, female hermaphrodite). We also used RADseq to survey the genomic diversity of populations with different sexual systems and characterise sex chromosome structure, differentiation and gene content. We used paired-end RAD sequence data on 47 individuals and the genome assemblies to identify sex chromosome contigs, generate haplotypes and reconstruct the relationships between the sex chromosomes of gonochoric and androdioecious European populations of Triops cancriformis. The genome of T. cancriformis is small, 115-135 Mbp. As expected, hermaphrodite populations have virtually homozygous genomes. We identify 79 putative sex linked genetic markers and 18 sex-linked genomic regions shared by both populations. Triops sex chromosomes are most likely homomorphic. The AD population has a smaller non-recombining region than the gonochoric one, as expected if recombination had increased under androdioecy. Our results establish T. cancriformis is a unique system in which to investigate the genomic impacts of sexual system.​ 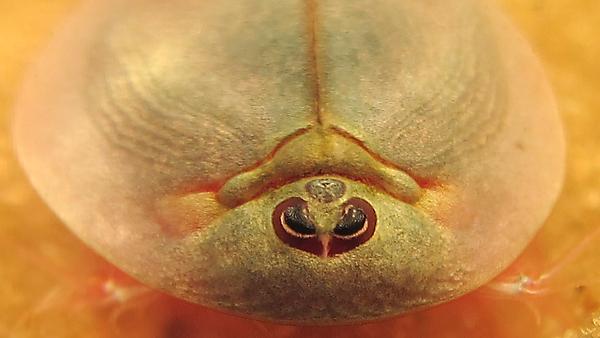 Climate emergency - science update. Are we heading for a disastrous future?

Almost all indices of Climate Change (CC) have accelerated, increased or become more severe over the last decade. Warnings of the urgency of CC made by scientists for more than 40 years and by the International Panel on Climate Change (IPCC) have largely been ignored. Globally governments have taken little action and we are well off target to meet the requirements of the Paris Agreement. Why are the majority of the World’s people, politicians, media and businesses ignoring the urgency of this issue? If we do not take action to ameliorate CC now we are likely heading for a disastrous, potentially tropical, world. I will show that we are well on target with present emissions to reach a mean world temperature of 3.5°C, well above what has been emphasised as dangerous. The key role that the ocean plays in climate change will be outlined and examples of impacts on Earth systems presented. The global economy is intrinsically linked to carbon and continuing growth (Gross Domestic Product, GDP). What is needed to achieve a sustainable future? A top priority is the need for a government with long-term economic foresight that gives global leadership and prioritises CC issues while maintaining a just transition. 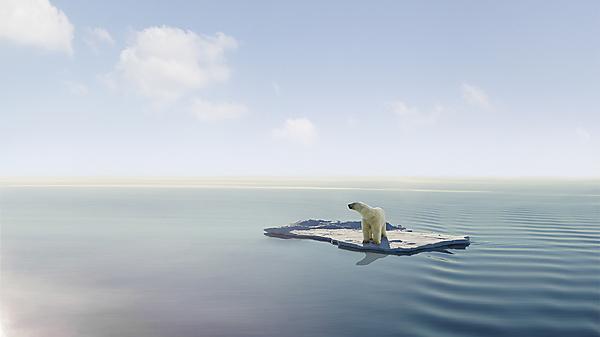 Defending flowers against multiple attack: from phytohormones to plant ecology

The colour and scent of flowers attract not only pollinators to food rewards, but also herbivores seeking nutritious food. The last decades have revealed a plethora of mechanisms that plants evolved to defend against attacks. It is well established that plants can produce compounds that make their leaves toxic to attackers (direct resistant), or can release odours that attract predators of the leaf-feeding insects (indirect resistance). Plants can also regrow damaged parts (tolerance). However, few studies have addressed plant defences against attack to their flowers. On the one hand, flower-feeding insects or pathogens can directly damage plant gametes; on the other hand, phytochemical changes induced in response to attack can indirectly alter floral traits and the attraction of pollinators. Such direct and indirect damages to flowers might drastically reduce a plant’s seed production. Therefore, plants likely evolved mechanisms that optimize the defence of flowers while limiting negative consequences on their reproduction. The project I will present aimed at investigating the strategies developed by plants to defend their flowers against attackers, such as insects and bacteria. Through experiments on flowering mustard plants (Brassica nigra), we investigated physiological and chemical changes of plants in the flowering stage that contribute to resistance and tolerance to attacks. We analysed how attacks affected the plant’s interactions with its mutualists (pollinators, carnivorous insects), its antagonists (herbivorous insects, phytopathogens), and its production of seeds. We finally linked these ecological consequences of attack with the physio-chemical changes measured in the plant. 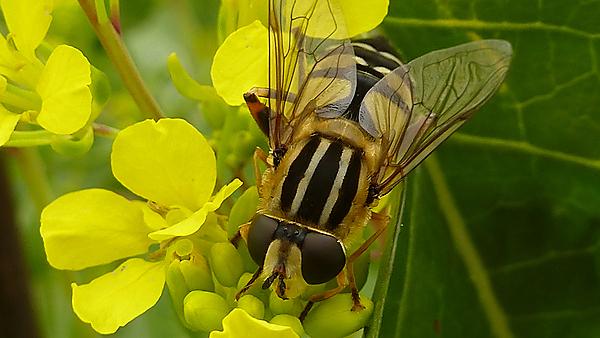 From tropical seagrass to Arctic coralline algae - how can marine plants mitigate and monitor climate change?

Seagrasses and seaweeds are important coastal inhabitants for many reasons. They build up complex 3D structures offering nursing and feeding grounds for myriads of marine organisms. They protect our coastlines by working as buffering zones between coast and open ocean, where they take up excess nutrients but also work as wave barriers. Moreover, by being very effective primary producers their photosynthesis can trap huge amounts of carbon dioxide, and thus work as effective so called blue carbon sinks mitigating climate change. This is especially true for seagrass meadows as they can also relocate carbon into their underlying sediments and lock carbon away for long periods. Also, by looking at the incorporation of certain trace elements and isotopes in the banding structures of long-lived calcareous red algae, a new possibility to monitor climate change in the marine environment has arisen, improving the status of marine macrophytes as important players in the climate change debate even further. So, what role does coastal marine macrophytes have in capturing and releasing carbon? What might happen if these ecosystems vanish? How is it possible to trace environmental changes hundreds of years back in time by looking into the structures of calcareous coralline red algae? These are some of the questions that will be the foundation of my talk when I will take you from my PhD work in temperate and tropical seagrass meadows up to the cold waters of the Arctic where I now look into the potential of calcareous algae as climate archives. 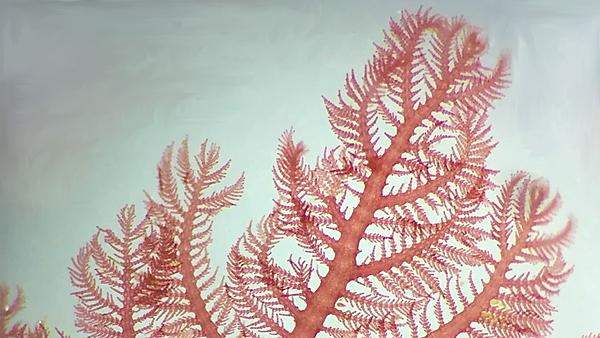 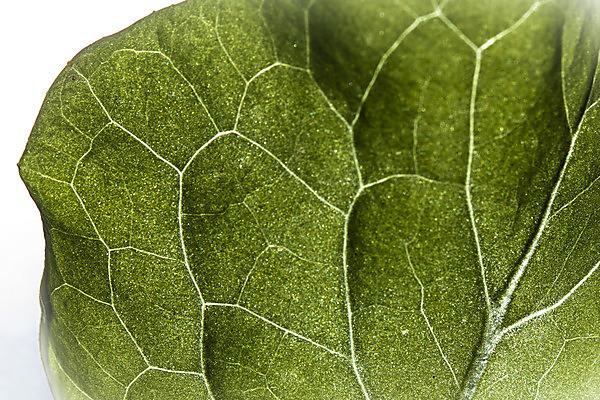