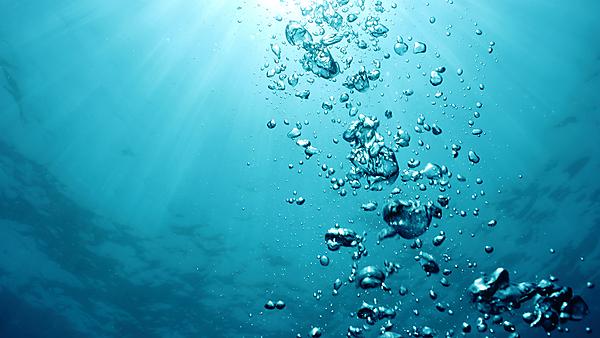 This regular seminar series brings leading scientists to Plymouth to share their research with students, researchers and academic staff from the School of Marine and Biological Sciences.

We welcome an exciting programme of speakers on topics reflecting the diversity of research interest in the school, ranging from the molecular biology to broad-scale physical processes in both terrestrial and marine environments.

If you want to know anything more about our seminar series, please contact the organisers Dr Benjamin Ciotti or Dr Bruno F. Simões

The seminar series has moved online during the COVID-19 pandemic. Recordings of seminars so far are available to University of Plymouth students and staff.

Climate change is having wide-ranging impacts on the distribution of species, which is predicted to result in altered or novel interactions among species. However, we still know relatively little about the extent of such changes and the potential responses of species to these changing interactions. In this seminar, I will use two different plant-herbivore systems to explore ecological and evolutionary responses to ongoing climate change. First, I will examine the vulnerability of alpine plant populations to increased levels of feeding by insect herbivores, and then I will show that the rapid evolution of insect host plant preferences can facilitate successful responses to climate change. Together, these studies highlight the importance of accounting for species interactions when understanding responses of species to climate change. ​

Climate change, adaptation and evolution in marine and terrestrial environments

The lecture will cover: aspects of climate change; coral reefs and why we should care about them; reefs in the Caribbean and in the Indo-Pacific; effects of environmental stress, adaptation and evolution in extreme environments; economic aspects; moving from science to conservation; modelling of geoengineering and solar radiation management; economic, industrial and political aspects of environmental pollution; and the latest Red Listing work on coral species for the IUCN.

Habitat loss and fragmentation are key drivers of species extinctions and biodiversity declines. Species-area relationships (SARs) are commonly used as a tool to predict species loss and are conceptually uncontroversial. The effect of fragmentation per se (i.e. spatial configuration of habitat patches in a landscape) however, is less clear and is presently a subject of intense debate. There are many reasons for this, but part of the problem is due to a lack of experiments disentangling area and configurational effects. Most studies also tend to measure diversity only within habitat patches but not the surrounding matrix in a landscape. Using intertidal sea walls as a model system, I performed a series of field experiments; first to test the independent and interactive effects of habitat area and spatial configurations (fragmentation per se) on the diversity of intertidal communities, then to understand the underlying mechanisms that could give rise to the observed diversity patterns. In particular, using spatial and movement analyses, I examined how dispersal limitation could have given rise to greater diversity in fragmented configurations. Together, these findings inform the fragmentation debate and highlight the spatial nature of the problem. Additionally, I will discuss potential applications of my work to conservation and ecological engineering strategies and my take on how efforts in this field can be scaled-up

Metabolic niches and biodiversity: ​A test case in the deep sea benthos

The great anthropogenic alterations occurring to carbon availability in the oceans necessitate an understanding of the energy requirements of species and how changes in energy availability may impact biodiversity. The deep-sea floor is characterized naturally by extremely low availability of chemical energy and is particularly vulnerable to changes in carbon flux from surface waters. Because the energetic requirements of organisms impact nearly every aspect of their ecology and evolution, we hypothesize that species are adapted to specific levels of carbon availability and occupy a particular metabolic niche. We test this hypothesis in deep-sea, benthic invertebrates specifically examining how energetic demand, axes of the metabolic niche, and geographic range size vary over gradients of chemical energy availability. We find that benthic invertebrates with higher energetic expenditures, and ecologies associated with high energy demand, are located in areas with higher chemical energy availability. In addition, we find that range size and location of deep-sea, benthic species is determined by geographic patterns in chemical energy availability. Our findings indicate that species may be adapted to specific energy regimes, and the metabolic niche can potentially link scales from individuals to ecosystems as well as adaptation to patterns in biogeography and biodiversity.​

Much of the considerable knowledge of vertebrate vision and its evolution comes from detailed studies of mammals, birds and fish with comparatively few investigations of reptiles. In particular, until recently, there has been no modern, molecular genetic studies of vision in snakes. This is surprising considering that the diversity of snake retinal photoreceptor cell complements was summarized by visual anatomists as indicating greater evolutionary change than among all other vertebrates together, and that this exceptional retinal diversity had been incorporated in analyses of snake higher-level relationships. In addition, the eyes of snakes have played a part in debates about the origin and early evolution of the group. In this seminar I will present the results of new data on ocular media transmittance, visual pigment microspectrophotometry and genomic data across snakes in order to provide a fresh perspective on snake vision biology and evolution.

The ecology and structure of many tropical coral reefs have altered markedly over the past few decades. Drivers of this degradation range from direct damage from destructive human practices to the loss of ecological resilience because of harmful algal blooms resulting from the loss of herbivory and coastal eutrophication. Global scale climate stressors, and especially those associated with elevated sea‐surface temperature anomalies, have also extended the footprint of disturbance to even the most remote (from direct human influence) regions. A major consequence of these climatic and pervasive local stressors has often been a rapid decrease in the abundance of habitat building corals, which has consequently reduced reef structural complexity and coral carbonate production rates. Equally, many reefs have been impacted by changes (both increases and decreases) in the abundance of bioeroding taxa such as parrotfish, urchins, sponges and microendolithic organisms. The collective effect has been to alter the rates and relative balance of carbonate producing and eroding processes on many reefs.

Such changes are of increasing interest because these processes directly regulate net rates of reef carbonate production and sediment generation, and collectively can impact upon multiple geo‐ecological functions on reefs. These functions include reef‐building and the capacity of reefs to accrete vertically in response to sea‐level rise, and the supply of sands necessary to sustain beaches and reef islands. This talk will discuss recent progress in developing methodologies to estimate rates of reef carbonate production, reef growth and sediment generation. It will then use selected recent field examples to highlight changes in these processes in response to ecological disturbance, and highlight the potential to integrate these data into increasing sophisticated numerical and lab-based modelling approaches than be used to predict coastal wave exposure under future sea level rise scenarios.