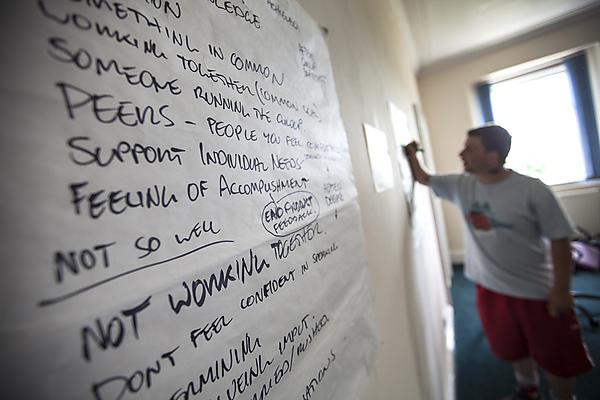 What are the challenges facing healthcare professionals in areas of deprivation?

Primary care is a natural hub for the integration of health and social care services. Policy needs to change and the GP in the Deep End can be a powerful voice for advocacy.

Welcome and workforce challenge to care in practices in areas of Deprivation: Two elephants, 2 attributes, an apocalypse and some thoughts

Stewart Mercer is a General Practitioner and Professor of Primary Care Research in the Institute of Health and Wellbeing at the University of Glasgow. He is also the current Director of the Scottish School of Primary Care and National Lead for research into multimorbidity in Primary Care in Scotland. He is a former Director of Quality at the Royal College of General Practitioners in Scotland. He was Visiting Professor in Primary Care and Acting Head of Department at the Chinese University of Hong Kong from 2007–08 and remains an Adjunct Professor. Stewart is internationally recognised for his award winning research on multimorbidity, and his research on empathy in healthcare. He has published over 250 papers, including in leading journals such as the Lancet and the British Medical Journal. He has raised over £10 million in research grants.

Dr Richard Ayres is lead for Population Health at the Faculty of Health: Medicine, Dentistry and Human Sciences and a GP at Adelaide Surgery in Stonehouse, Plymouth. His teaching and research interests are in Clinical Education and in particular in population health and health inequalities – and anything concerning the importance of ‘place’ in human health. He has worked in clinical practice and in education in Scotland, Liverpool, Uganda and Devon. He is a member of the Health Inequalities standing group of the Royal College of GPs and represents Plymouth on the Public Health Educators in medical schools group. He has published on many aspects of primary care, clinical education and health inequalities.