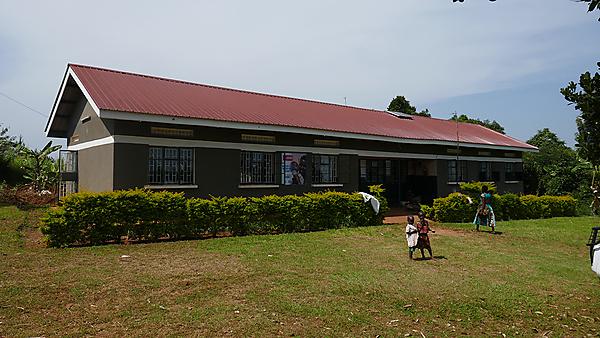 More information can be found in our supplementary table

The proposed educational materials had been developed by the project team, and were in the format of a PowerPoint presentation. As the interviews were completed amendments were made and the presentation improved after almost every interview.

There was some concern about COPD and that treatments in terms of drugs particularly inhalers were not available or affordable by local people, so they wondered if it was a priority. We explained that COPD can be prevented and managed by non-drug treatments and used the pulmonary rehabilitation programme as an example of how things can be made so much better without the use of expensive drugs. This message was new to them and well received.

There was uniform support for the project as being feasible and clear offers to facilitate the implementation of the project from the Government and the District Medical Officer. Likewise there was strong message from health care workers at all levels that a Lung Health education programme was important, necessary and feasible. Those involved with patient contact stated they would be happy to use the materials in their work. The HCWs confirmed that this were the right way to build on success of the Fresh Air Uganda project. The importance of communication was emphasised especially with the line of communications extending from Europe to Kampala to the Masindi province and down the chains of commands to the village health teams.

There was variable knowledge of the risks of biomass smoke to human lungs, some villagers were aware and were taking action in terms of cooking stoves, some were aware and taking no action, in one health centre (HC3) not one of the five HCWs were aware of biomass fuels causing lung damage. One nurse reported that villagers deliberately burn the branches of coniferous trees to create smoke in their house to repel insects.

The exposure to biomass fuels was ubiquitous and started in utero and ends at death. Women and small children were particularly at risk. Cooking was traditionally done on a three stone method mainly inside huts, but there was interest in developing different ways of cooking because of fuel shortages and to reduce smoke exposure. Wood was the main form of fuel and charcoal was relatively expensive.

The villagers had to walk further to find wood and there are less and less trees in many areas. This was particularly problematic where intensive agriculture has reduced tree numbers, such as in the sugar plantation areas. For this reason there was interest in energy efficient stoves.

Some initiatives have been performed in the district and several villages had stoves with chimneys, but the vast majority did not. Retained heat cooking was generally a new concept to the interviewees and there was substantial interest on the basis if it advantages in reducing the wood burned and reducing smoke and risks of burns and hut fires. Some had heard about of retained heat cooking and reported positively. In the sugar cane areas where trees were short and people were out at work a lot the idea was especially interesting. There were requests for demonstrations before many would be convinced.

Cigarette use was not discussed in detail in this project as the Fresh Air Masindi project had provided extensive detailed information on its use. However, there was support for smoking cessation initiatives, including reducing passive exposure which was seen as a bad problem. In the sugar cane plantations the migrant workers were reported to smoke a great deal of cannabis.

Occupational exposures were reported as a major problem for men, there was widespread and prolonged exposure, with little information about the risks. There was an absence of initiatives on protecting workers either from employers or form the Government. Few steps were taken to educate or even simple measure taken to reduce risk for example by increasing ventilation.

Mobile phones were regularly used by all HCWs and would provide a good way to communicate about the project. There was generally good signal coverage and few technical problems in the use for telephone calls and SMS. The use of SMS text messages to provide standard updates and reminders would be helpful. They can also be used to liaise directly with project leaders. As 95 per cent of the local population have access to mobile phones and may be used to provide communication within the project team, and to contact local people.