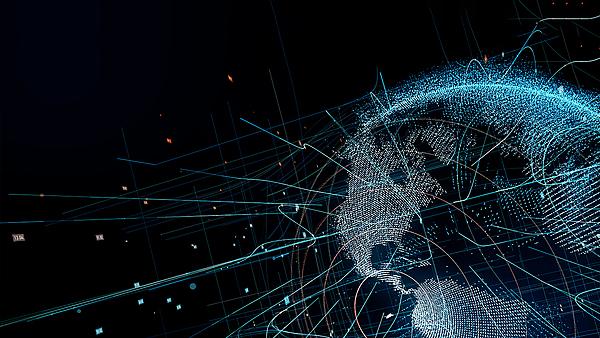 “If you were standing on a pavement and saw a car with no driver coming down the road, your first instinct would probably be to take a step back. The biggest challenge we face is not just to develop autonomous technology but to convince people it is safe. It is a complex task.”

It is, however, a challenge that Dr Sanjay Sharma and his colleagues – both at the University and beyond – are starting to overcome at an increasingly fast pace. Their progress can be evidenced in that a few decades ago, the only public mentions of autonomous technology were in futuristic science fiction. Today, it is very definitely science fact and the potential for it to influence a huge range of sectors is quickly being realised.

Sanjay, who has led the University’s Autonomous Marine Systems Research Group for around a decade, is one of the UK’s foremost innovators in applying the technology in the marine environment. The possibilities there are almost limitless, from hydrographic surveys of the seabed to the maintenance monitoring of offshore wind farms and investigations into optimal locations for sustainable fisheries. However, his first forays into control engineering were far from the ocean.

In the late 1980s, he was among 2,000 aspiring engineers admitted to the Indian Institute of Technology (IIT), one of premium universities in India for engineering. He opted to study electrical engineering at IIT Kharagpur, where his fellow students included the current CEO of Google Sundar Pichai. Graduating at the top of his class, Sanjay applied to work with Indian Railways, the biggest public sector employee in the world.

"Each year, they select the cream of the nation’s engineering talent,” he says. “I saw it as a great opportunity because at Indian Railways everyone, regardless of their sector, has the chance to become chairman. People feel proud to work for the railway because what you achieve is through your own talent not through connections or other factors."

He began working as a signal and telecommunication engineer, while also studying towards a masters in control systems. But having completed that course, he found himself doing more administrative work than technical development and so began exploring the option of a PhD. He applied to universities in the UK, Australia and Singapore but – thanks to an Overseas Research Scholarship – secured a position at the University of Sheffield where he successfully completed a PhD in Systems and Control Engineering.

Shortly after, he was invited to apply for a role at the University of Plymouth where he teamed up with his external PhD supervisor, Emeritus Professor Robert Sutton. The role represented his first voyage into marine control systems research. But just over 15 years later, Sanjay is recognised as a key figure in the design, development and application of artificial intelligence (AI) techniques in the navigation guidance and control of marine vehicles. And it is a sector that has advanced immeasurably, and to some extent been turned on its head, since he first came to Plymouth.

Read more: Robot ships are ready, but are we?

“Control system technology has always been very classical,” Sanjay says. “But because of neural networks, brain simulations and AI technology, autonomy has become a reality. Previously, we were working on the basis of equations – you apply something and this will be the output. Through the application of machine learning and fuzzy logic, we are generating a host of new and more reliable opportunities.

“In practice, this technology means you can analyse human behaviour and then train machines to decide on the most appropriate course of action. For example, you take someone who has been operating a piece of machinery for 20 years and collect data on all the potential decisions they can take. By embedding this data in fuzzy logic, you can create a situation through which machine decisions are no longer simply yes or no.” 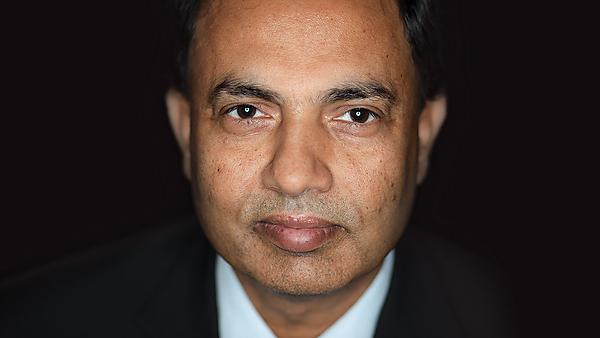 This technology is now being employed in everything from industrial systems to household appliances and transport. Sanjay, working with PhD candidates, has done extensive research into sensors and optimisation technology, two elements which need to gel seamlessly in order to not only process data but apply it effectively and efficiently. One of the key challenges then is to apply these concepts – including digital twinning, human teaming, simultaneous localisation and mapping (SLAM), and swarm robotics – within the marine environment.

Sanjay’s work has involved using these technologies for cutting edge hydrographic surveys of lake beds and of cable networks in the ocean. Autonomous technology is particularly suited to this task, given the depths it can access and the lengths of time it can operate without requiring breaks. He has also explored the use of SLAM technology, in conjunction with GPS systems, as a means of guiding uncrewed vessels while they are at sea.

On land, you can train control systems to be guided by a combination of physical features and GPS technology. The oceans make such work far more challenging, due to the lack of recognisable features, but it is still an area where Sanjay and his colleagues have made positive progress.

Another exciting new area, currently being investigated, is the use of combined SLAM and swarm technology in the maintenance of offshore wind farms. Through the use of cameras and GPS, SLAM systems would create a 3D visualisation of the turbines. Swarm devices would then see a network of autonomous vessels and drones working in tandem to carry out detailed surveys of their condition. The drone would then take a close-up image of any defects and those details can be sent to mission control and show what repairs, if any, are needed.

“The potential of offshore renewable energy technology is now recognised globally. And there is a need for reliability and consistency of supply,” Sanjay says. “One of the key factors in all autonomous technology is that it can operate for long periods with the need for pausing. So this is an obvious area with the potential for significant future development.”

This work has resulted in Sanjay publishing more than 100 academic papers and book chapters, and in 2019 he co-edited a definitive publication on the topic – titled Navigation and Control of Autonomous Marine Vehicles – for the Institution of Engineering and Technology. 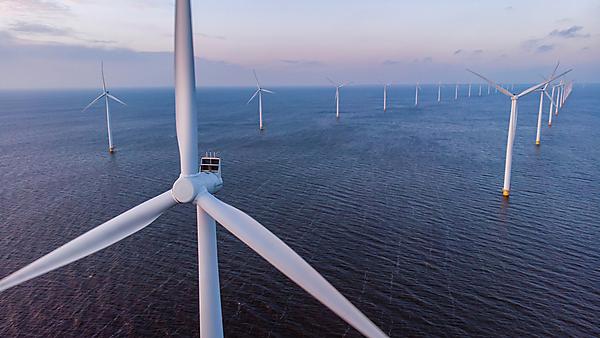 He has also played an instrumental role in a number of pioneering international initiatives and collaborations. These have included UAE Ocean, a £4million project coordinated by the University to deliver ocean forecasting capability for the United Arab Emirates, with Sanjay coordinating training for Meteorological and Oceanographic officers, developing scientific capacity which did not previously exist in the country.

He has also received a Global Challenges Research Fund award to carry out capacity building and pump-priming activities in support of the sustainable management of deep sea fisheries in the central Indian Ocean. This initiative will aim to use technology as the basis for an ecosystem-based, data-driven approach that deliver benefits to coastal communities in India and Sri Lanka.

Closer to home, he has worked on the Marine-I and Marine Business Technology Centre programmes, both funded through the European Regional Development Fund with the intention of giving companies in Devon and Cornwall access to cutting edge marine technology.

Sanjay’s work has also led to prominent roles with a range of high profile regional, national and international bodies. He has been part of the Mechatronics, Informatics and Control Group Board in the Institution of Mechanical Engineers (IMechE) since 2009 and became its representative to the United Kingdom Automatic Control Council (UKACC) two years later. He is also a member of the Intelligent Autonomous Vehicles group within the International Federation of Automatic Control (IFAC).

I am really proud of the work I have done since coming to Plymouth. Marine autonomy does not have as many constraints as there are on land but there are still challenges that need to be overcome to make the most of current and future opportunities. It is exciting to think Plymouth is, and will continue to be, at the forefront of that work.