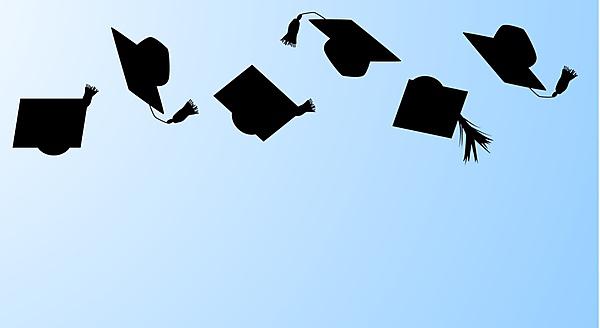 The Student Research Prize, awarded by the Sustainable Earth Institute, acknowledges exceptional sustainability projects or dissertations carried out by undergraduate and postgraduate students at the University of Plymouth.

Find out more about the winners by browsing through the abstracts below.

Congratulations to all the winners, and thank you to everyone who has helped coordinate the prizes. 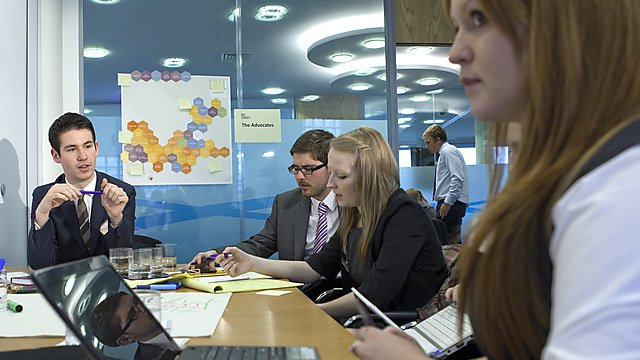 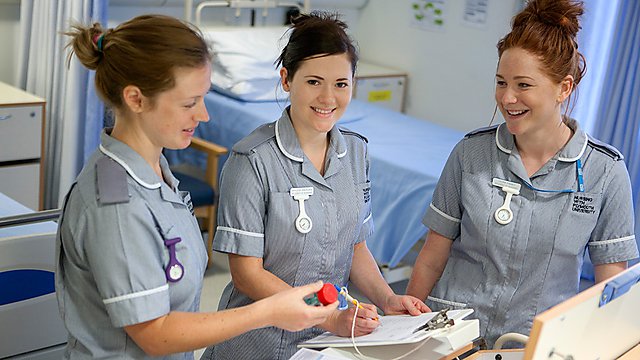 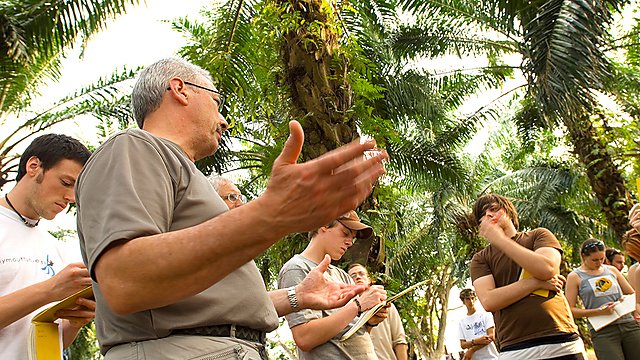 Alternatives to the Common Fisheries Policy? The Future of the UK's Fisheries Post-Brexit

The European Union's (EU) Common Fisheries Policy (CFP) was born in the 1970s and has since developed to become the dominant management framework where European fisheries are concerned. With the Brexit referendum result and the UK government's subsequent decision to withdraw from the EU (and therefore the CFP), the UK is now faced with the task of developing it's own Fisheries Policy – a daunting challenge considering that the fisheries sector has often been overlooked due to its relative unimportance (financially speaking).

The study is structured in a chronological format, looking at the CFP's development since its conception up to the current version of the Policy introduced in 2013. It is from this version of the CFP that the UK will sever when it is no longer a member state of the EU.

Since its beginning, the CFP has failed to deliver a sustainable fisheries management regime with devastating consequences for the marine environment. This is largely due to the Policy's most fundamental objectives being contradictory; it has therefore been in a permanent state of discord for much of its existence. To illustrate, there has been constant tension between socio-economic and environmental sustainability objectives, with job security nearly always being prioritised over environmental targets.

Remarkably, the reform process has not provided any substantial change and has failed to coerce Europe's fishers into more responsible practices. The focus on immediate financial gain at the expense of sustainable practices can largely be attributed to the fact that fisheries under the EU's jurisdiction (and fisheries globally) are treated as a common resource. Naturally then, there is an incentive for interested individuals to act purely in self-interest without due regard for the wider impacts their activity might have on the marine environment. The 'tragedy of the commons', whereby freedom of access to the exploited resource without adequate means of imposing responsibility on the appropriators, is a condition implicit in common resources such as the fisheries.

The dissertation considers the 2013 CFP reform and what impact the change of direction to a more regionalised mode of fisheries management will have on EU fisheries in the future. Brexit is an opportunity for the UK to develop a tailor-made fisheries policy; the dissertation examines the credibility of claims made by prominent figures in the UK government and also looks at the key legal obstacles the UK will encounter in formulating it's fisheries policy. In its conclusion, the study recognises that the UK fisheries policy must place emphasis upon cooperation with other states where fishing rights are concerned, given the UK's geographical location and proximity to other coastal States. Nonetheless, the study also determines that the UK is presented with an excellent opportunity to create a sustainable and lucrative fisheries policy and can capitalise on growing public awareness and concern about the plundering of marine resources.

Comparing Sweden’s national dietary guidelines and the Eatwell Guide: Did the UK go far enough to address sustainable eating and what is the role of a dietitian in this area?

The current food system is known to contribute to greenhouse gas emissions, land degradation, loss of biodiversity, unsustainable water use, over fishing and marine environment degradation. These factors combined endanger future capacity to feed a growing global population. There is also a worldwide rise in dietary related non-communicable disease. The World Health Organisation has been supporting countries to establish and review dietary guidelines as a tool for education, but also as a strategic basis for food policy. In light of current evidence, it makes sense to formulate them with consideration of both individual health and sustainability for the future.

The Eatwell Guide, published by Public Health England in March 2016, took the steps of introducing sustainability for the first time in UK dietary guidelines. However, it has been criticised for not doing enough. A direct comparison of Swedish and UK guidelines shows little difference in dietary recommendations but what is outstanding is the detail of Swedish guidelines in addressing the environmental impact of dietary choices. Exploring the areas of meat and fish consumption highlights and addresses some of the complexities involved in balancing health recommendations with sustainability.

Dietitians can help reconcile and promote healthy and sustainable diet through a variety of roles, but should also be proactive in influencing local and national policy. This comparison highlights that to achieve dietary guidelines incorporating both health and sustainability a range of expertise and government agencies are needed in their construction from the outset; the dietitian being a key figure within this process. 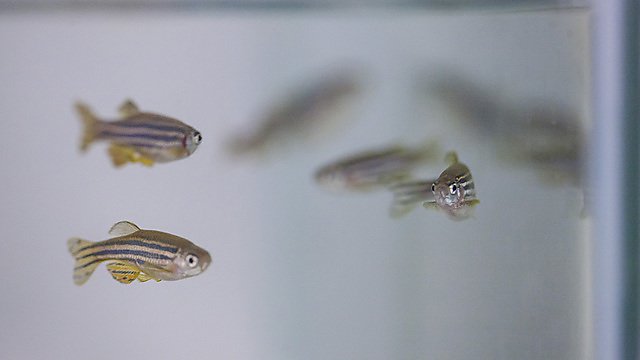 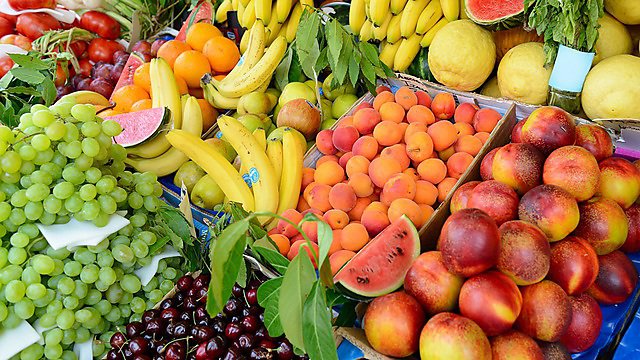 In order for an intervention to be considered sustainable it must have the ability to be maintained without a depletion of resources. Current practice should have longevity in order for good health to be preserved; in this instance, the use of non-pharmacological interventions on the reduction of behavioural and psychological symptoms of dementia not only needs to be effective, but also practical (Ballard et al, 2011) and enduring.

A recent report on the concerns regarding climate change and adverse weather events on health in Europe (Paci, 2014) noted the increase of psychosocial impacts. Arguably, these increases in, for example, heatwaves, are having an effect on those who are vulnerable, including the elderly. Higher temperatures increase the levels of pollutants in the air leading to the worsening of health and disease (World Health Organisation (WHO), 2018). Additionally, research that looks at the effects of air pollution on dementia (Chen et al, 2016; Wu et al, 2015) suggests a strong link between the two, concluding that individuals living within 50 metres of a main road were 7 per cent more likely to develop dementia than people living more than 300 metres away. Furthermore, the Alzheimer’s Society (2018) supports the statement that long term exposure to pollutants does have an impact on cognition.

Within an ageing population in the UK (Office of National Statistics, 2017), a potential increasing number of patients presenting with cognitive decline could result in a strain on resources within the NHS such as funding, medication and staffing. It is because of this we need to explore the cost effectiveness of non-pharmacological interventions (Banerjee, 2009) and consider an alternative delivery of healthcare that steps away from tradition (Cook, 2015).

Cook (2015) goes on to suggest the use of green spaces as a beneficial source. The use of which are considered a non-pharmacological intervention, which provides an economically viable alternative. Natural spaces, for instance, gardens (Bossen, 2010), economically make sense, as although there is a cost involved to initially set them up and to have staff or volunteers operate them, they have the potential to lessen the need to medicate which in turn reduces cost, which Banerjee (2009) reported to be a yearly amount of approximately £80 million.

By providing more contact with nature, there is a positive impact on cognition and wellbeing (Heathcote, 2011). The use of nature as an intervention reduces stress; therefore, reduces confusion, agitation and other BPSD (Heathcote, 2011). More research needs to be undertaken into the links between climate change and dementia specifically; however, the current available research is robust enough to support alternative, nature-based ways of delivering sustainable healthcare which in turn will improve human health (Hawkes, 2015). 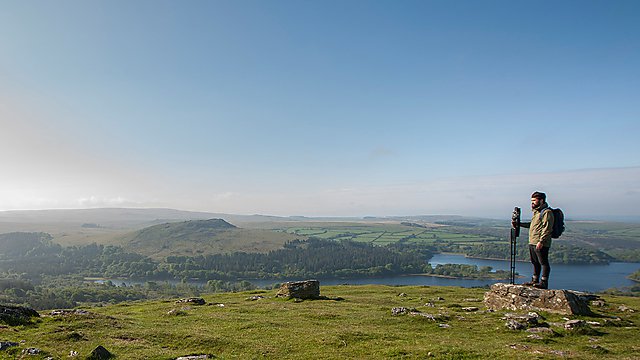 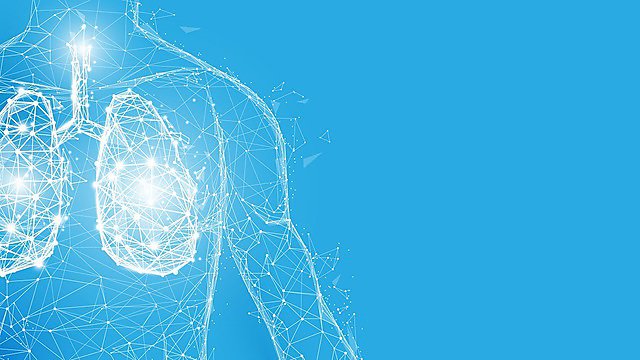 Chronic obstructive pulmonary disease (COPD) is a predominantly avoidable respiratory condition that carries a substantial burden on resources, both globally and locally (Mannino and Buist, 2007), with the British Lung Foundation (2018) estimating there are 1.2 million people living with diagnosed COPD in the UK, and that this number is growing. It is also recognised that COPD is underdiagnosed (Raherison and Girodet, 2009; Buist et al., 2007) and is poorly reported worldwide, with Dury (2015) noting that there may be as many as 2 million more undiagnosed cases in the UK.

Patients with COPD can continue to live for a long time (Wang and Bourbeau, 2005; Peruzzo et al., 2003), however while there is little connection between the clinical symptoms and health status (Vogelmeir et al., 2017; Bestall et al., 1999; Hajiro et al., 1999), as symptoms increase there is a recognised decrease in quality of life and steady impairment in activities of daily living (Pinnock et al., 2011; Lynn et al., 2000). This inevitably has an impact on resources consumed, when one considers the life-long healthcare requirements and social burden.
Therefore, when viewing COPD from the perspective of sustainability, there are two approaches that should be considered: prevention and management.

When one considers prevention, smoking is well-recognised as the principle cause of COPD, however this is being managed (NICE, 2018). That is not to say that air pollution should be dismissed, as globally this remains a significant cause of COPD, along with the burning of bio-mass fuels (Rice and Malhotra, 2015), with Bernstein and Rice (2013) highlighting climate change as a significant factor. It should be considered therefore that focussing on sustainable energy production, specifically in terms of clean-air policies would have a major impact on the incidence of COPD (Duić, Urbaniec and Huisingh, 2014; Peacock et al., 2011).

The management of those diagnosed with COPD requires a subtler approach, as the disease carries a multi-faceted social burden (Britton, 2003), with patients suffering from progressive physical decline, depression and social withdrawal (Fishwick et al., 2015; Zhang et al., 2011; Johnson et al., 2007). In terms of sustainability, non-pharmacological solutions should be considered along with medication, with studies by Goldstein et al. (2012) and Birnbaum (2011) highlighting the beneficial effects of pulmonary rehabilitation on quality of life and impact on resources, though Guo and Bruce (2014) note that it is underutilised and there are adherence problems to be overcome. Weight loss due to cachexia is a common factor in COPD, causing reduction in health status and greater dependency on health services, and there is evidence that nutritional support would have a positive effect (Khan, Kumar and Daga, 2016; Gupta et al., 2010). However, Sanders et al., (2010) point out that managing cachexia is still poorly implemented, recommending that nutritional support should be part of a multi-part structured plan. Approaches like this increase quality of life for sufferers and reduce the use of health resources, which carry a burden in both production and disposal, with its consequent impact on climate.

The sustainability of the agricultural industry has been consistently questioned in previous literature. Within this literature, it is acknowledged that wider support is necessary when implementing Sustainable Agricultural Practice (SAP). To address this requirement, there is a need to focus on farmers’ motivations and attitudes toward SAP. Through the use of quantitative and qualitative data (adopting measures from the grounded theory approach), this paper highlights both statistical and descriptive findings.

A survey of 19 farms was completed, whilst 5 in-depth interviews with farms across the South West of the UK were carried out to establish detailed case-studies. Findings illustrate that motivation to adopt SAP can vary from internal, external and individual factors.

It was revealed that knowledge, needs satisfaction and social pressure (e.g. brand and company image, cheap food, etc.) are significant influencing factors. Additionally, generational differences have been apparent in farmers’ attitudes toward SAP in most empirical findings.

This paper argues that the role of the farmer is also symbolic when evaluating knowledge of SAP. Farm owners revealed much higher knowledge and confidence when addressed with sustainability and therefore, possessed positive attitudes toward SAP (i.e. duty-driven). On the other hand, it was highlighted that farm workers do not necessarily learn about SAP; thus, they are more likely to follow rules (i.e. goal-driven). This theory provides a stepping stone in research whereby further investigation would be valuable. Reflecting upon farmers’ motivations and attitudes can help build practical recommendations to proactively support the farming community (i.e. trial farms, advisors, etc.).