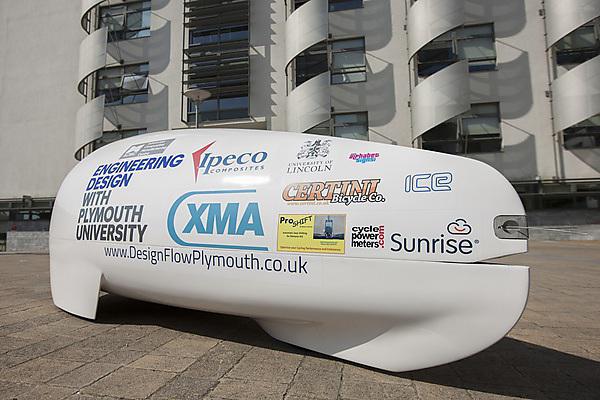 A former winner of the London Marathon and an ex-serviceman injured while on active service are teaming up with University of Plymouth for a world record attempt.

Sarah will be aiming to break the current women’s handcycle record of 24.76mph, while Chris will need to travel in excess of 45.68mph on the 200-metre course to set a new men’s benchmark.

This is the second year that University of Plymouth has travelled to the United States to take part in the WHPSC competition, which includes a run-up of up to five miles on a straight, flat, high altitude road.

Project leader Adam Kyte, Lecturer in Mechanical and Marine Engineering Design, is confident the new team can exceed any previous achievements. He said:

“Working alongside students and technicians at the University over several years, we have designed and built a fantastic handcycle and we know it is fast. With two outstanding and committed athletes now signed up in Sarah and Chris, we are confident we have a winning package that can go even quicker in 2016. There are technical developments to make, but it promises to be an exciting few months and we are all looking forward to starting work in earnest.”

Sarah, who lives near Exeter, has a condition called arthrogryposis multiplex congenita, which can lead to a contracting of the joints.

But it has not stopped her completing ten London Marathons, including her win at the age of just 19 in 2000, and enjoying success in a number of other races across the UK. She said:

“Throughout my life, I have always been up for a challenge, so when this opportunity came along I knew I wanted to be involved. I am used to racing over longer distances, and riding in a different position, so I am going to have to completely change my training programme for this competition. But so much hard work has gone into building the bike that I am determined to give it everything I’ve got now and when we get to Nevada in September.”

Chris, who is from Ivybridge, was serving in the Army Air Corps when he suffered severe injuries which eventually led to him being discharged in 1998.

He graduated from University of Plymouth in 2004 and went on to work as a Physics teacher, but has been taking on more active challenges since starting to work with Help for Heroes in 2015.

Help for Heroes Sports Recovery specialists will be supporting Chris with his training programme at its Recovery Centres in Plymouth and Tidworth, Wiltshire. He said:

“Over the past couple of years, I have thrown myself into some amazing challenges and this will be the latest of them. At the moment, I have a sense of optimism mixed with realism, but also excitement about the next few months and the record attempt itself. It will be a real physical test for me, and I do not know precisely what I will be able to do, but I am going to get myself as fit as I can and give it my best shot.”

Going for glory in Nevada

Chris Jones, a former Army Air Corps trooper and Help for Heroes ambassador, and 2000 London Marathon winner Sarah Piercy will be riding the handcycle in Nevada this September

Read more about Project Nevada, the building of the handcycle and the team involved 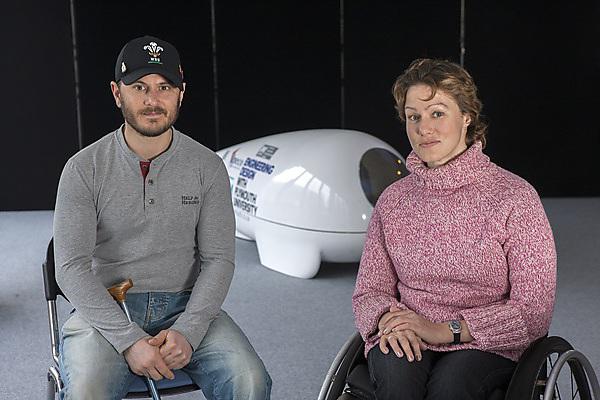