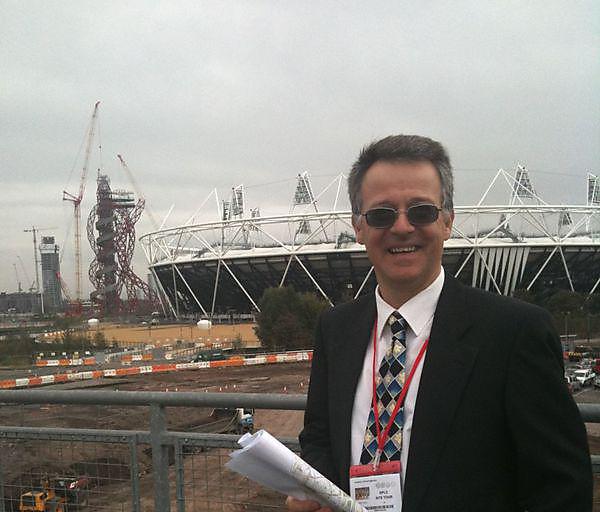 Dr Steve Melia, a former parliamentary candidate in Plymouth, who now lectures in transport and planning at the University of the West of England, is to return to the city to talk about his new book, Urban Transport without the Hot Air. In the talk, supported by the Institute for Sustainability Solutions Research at Plymouth University, he will reveal how a new town was nearly built in open countryside to the east of Plymouth.

In 1997, Steve stood as Liberal Democrat candidate for Plymouth Sutton and led the campaign group SHARD (South Hams Against Rural Destruction) before moving to Bristol. The work of SHARD led to Sherford being designed as a new suburb, instead of a separate new town, as originally proposed.

“It’s good time to be talking about transport and the growth of cities in Plymouth. Few people will remember this now but Sherford was originally going to be a separate new town like Cranbrook in East Devon. I remember speaking to the leader of South Hams District Council in the late 1990s, who told me her preferred option was a site between Yealmpton and Ermington. The plans were only changed because of public pressure.

"Sherford is not brilliant from a transport point of view but it’s an awful lot better than a separate new town would have been. The idea that new towns or ‘garden cities’ can be a sustainable form of development is one of several urban myths this book sets out to puncture.”

Each chapter in the first part of the book deals with a set of myths believed by professionals, politicians or the general public: governments are trying to get people out of their cars; roads and airports are good for the economy; better public transport will solve our congestion problems; people cycle more in Europe because it’s ‘part of their culture’. The second part of the book looks at solutions.

Over three summers, Steve cycled more than 5,000 miles across seven European countries, visiting cities which have been successful in taming motor traffic and improving their urban environments. The book draws on those insights and also some closer to home, interviewing people including Ken Livingstone and Sir Peter Hendy in telling the story of London’s transport decline and renaissance.

Professor Jon Shaw, Head of Geography at Plymouth University, and an internationally renowned expert on sustainable transport, will introduce the talk. He said:

"It's great to welcome Steve back to Plymouth to talk about transport. In his new book he really makes us think about the sort of transport systems we have in urban areas, and why we really do need to be doing things rather better than we are. Here in the far South West a lot of the attention of late has been on making sure our links to the rest of the country are resilient and brought up to date. But we mustn't lose sight on the fact that there's plenty of room for improvement in transport in and around the city as well."

The talk will start with a quiz designed to explore the influence of the myth-makers on the audience and will conclude with an open discussion and an opportunity to buy the book at a discount. It is being held in the Plymouth Lecture Theatre, Portland Square Building, on the University campus, at 6pm on 18 June 2015.

About the Institute for Sustainability Solutions Research

More about Sustainability at Plymouth University