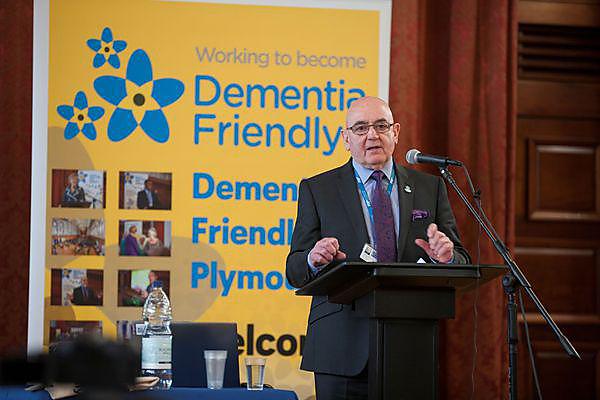 Researchers at the University of Plymouth have been awarded a six-year contract to evaluate a government-funded programme that is seeking to address loneliness and isolation in older people.

The team at SERIO will be studying the Ageing Well Torbay Programme, one of 14 across the country that makes up the Fulfilling Lives: Ageing Better programme, funded by the Big Lottery.

Assisted by renowned national academics such as eHealth expert Professor Ray Jones, and dementia policy researcher and government advisor Ian Sheriff, the SERIO team will look at the projects funded by Ageing Well Torbay across areas such as the creation of support networks and ‘live well’ initiatives.

With a value of approximately £15 million (£6 million of which has been secured from the Big Lottery with a further estimated £9 million in volunteer time and match funding) the Ageing Well programme aims to change the lives of Torbay’s elderly residents by testing new approaches towards reducing isolation and loneliness.

45% of Torbay’s population is over 50, and it is estimated that 6,000 of these residents are isolated because of reasons such as retirement, the loss of a loved one, low income, poor health, lack of transport and mobility issues.

“We’ll be drawing upon the wealth of academic insight and expertise that Plymouth has on issues surrounding ageing populations. As one of the most topical issues facing our society, this evaluation will hopefully shed light on the efficacy of government programmes in tackling it. In the process, we’ll be creating opportunities for students, on placements, across the academic spectrum to become involved in the evidence gathering process.”

The Ageing Well Torbay programme aims to tackle these issues by creating a sense of neighbourliness and reconnecting older people with friends, their communities and where they live. The programme also aims to increase a sense of personal value and purpose among the elderly community, encouraging them to view older age as an opportunity.

“The big question faced by the programme is does it work?” says Justin Wiggin the AWT Programme Manager at the Torbay Community Development Trust. “The research team at University of Plymouth will be helping us answer this question over the next six years through a programme of rigorous evaluation research.”

As with all parts of the Ageing Well programme older people’s involvement will be a key feature of the evaluation. The University of Plymouth will be working with a team of Citizen Evaluators, people who live/work in Torbay to evaluate services and activities and help shape the way Ageing Well Torbay is delivered in the future.

Current projects funded by the Ageing Well Torbay programme include:

The £150,000 research grant for SERIO – the University’s applied socio-economic research observatory – will fund an extensive programme of research activity over the six year evaluation and a series of reports which will be used to help the programme and policymakers reflect and learn from activities delivered.