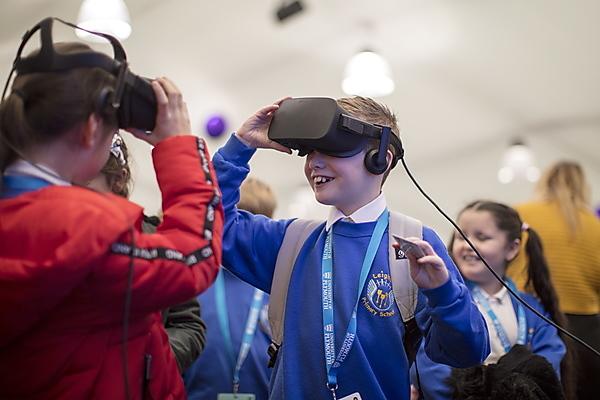 The University of Plymouth has become one of the first in the country to pledge to support a new agreement that seeks to strengthen and celebrate the links between higher education institutions and their communities.

The University is among 30 institutions to commit to producing a ‘Civic University Agreement’ in partnership with local government and other major institutions - a document that puts the economy and quality of life in the local community at the top of its list of priorities.

The new agreement is a key recommendation in a report published by the Civic University Commission, set up by the UPP Foundation and chaired by the former Head of the Civil Service, Lord Kerslake. The University's work in health education and research in the South West is featured as a case study in the report.

The report sets out how universities like Plymouth have the capability, opportunity and responsibility to support the places where they are based to solve some of their most pressing and major problems. These issues include helping local business to adapt to technological change; boosting the health of local people; improving education for school pupils and adult learners; and training and developing new civic leaders in every field from politics to the arts.

“The University has positively impacted upon the city for over 150 years,”

said Professor Judith Petts, CBE, Vice-Chancellor, one of 31 signatories on the report.

“During that time it has grown to become recognised for its global impact through its research and teaching, yet remains firmly committed to the city and wider region, where it contributes significantly to its economy and culture.”

The report aims to help universities build on the excellent work that many are already carrying out in civic circles, working alongside councils, employers, cultural institutions, schools and further education colleges. As part of a national consultation process, senior leaders at the University were invited to present evidence to Lord Kerslake, at the House of Lords, and shared with him the extensive work that it undertakes in the community across numerous sectors. And that followed a special event in 2018, when the University invited members of the commission to Plymouth for the launch of its economic, cultural and social impact report, and a round-table discussion on the concept of a civic university.

“The deep economic and social changes that are happening in Britain today have, alongside Brexit, made the civic role of universities even more vital to the places they are located in. The civic universities of the Victorian era were founded as expressions of civic pride, and as a way of sharing knowledge and opportunity at a time of rapid change. We are now entering a new industrial revolution when it will be even more vital that knowledge is accessible in as many communities as possible.”

Lord Kerslake, the chair of Sheffield Hallam University, and a former Chief Executive of Sheffield City Council and Permanent Secretary at the Department of Communities and Local Government, added:

“Universities have an irreplaceable and unique role in helping their host communities thrive – and their own success is bound up with the success of the places that gave birth to them.”

“Universities have the ability to make a real difference to the places they are located in through reinvigorating their civic role. But this is not just a responsibility, it’s also an opportunity. This is an important report with concrete recommendations that all universities will want to consider. The UPP Foundation created the commission to look at what it means to be a Civic University in the 21st Century and ask local people what they wanted from their local institution. We know that many universities want to build engagement with the community around them. It’s excellent news that such an impressive list of institutions has already signed up and the UPP Foundation strongly endorses the report’s findings.”

The report warns that there is a danger that any cut in the resources available to universities - for example, a reduction in student fees without the deficit being made up in funding from the Treasury - will mean that work already being done in this area could be impacted.

The report was based on evidence-gathering sessions held across England, which included representatives from the University of Plymouth travelling to London to provide their insight into civic engagement. The authors also commissioned opinion polling and focus groups in cities and towns to hear from the public what they wanted from their local university.

This research discovered communities welcome opportunities to connect with universities, and there is great local pride about how universities put their hometown on the map. The report says that the Government needs to fundamentally review policies to support further civic engagement by universities.

Providing our expertise to the Civic University Commission