BSc International Relations with Sociology graduate Rebecca Hall has won a prize in the London Greek Film Festival for the screenplay of her debut novel, Girl Gone Greek.

Rebecca divides her time between the UK and her adopted home of Greece, her favourite of the many places she has journeyed to. A travel writer, Rebecca is a Rough Guide contributor, and has written for numerous publications as well as maintaining her website Life Beyond Borders. In 2015 she published Girl Gone Greek, later deciding to turn the novel into a screenplay.

Written with novelist and screenwriter James Collins, the adaptation has just won Best Feature Fiction Script in the 2018 London Greek Film Festival, and made the finals in the Cyprus Film Festival. Rebecca explained why she chose to write the novel, and how it ended up as an award-winning screenplay.

“After spending time in Greece teaching since 2008, by 2010 I was not liking the international headlines about my adopted country. The press was full of negative criticism and accusations about Greeks being lazy, only wanting to drink coffee and ouzo and not paying taxes.

“I knew a different side of Greece and the longer I was here, the more I realised there are reasons for everything that an outsider would not understand by just a quick glance at a headline. Plus, a visiting journalist would not be able to dig beneath the surface.

“So I was spurred on by anger in a way - I wanted to put something right. But I'm not a political writer in any shape or form, and besides, I wanted a more subtle message and to present the humane side of this country. It had given me so much personally, I wanted to give something back, no matter how small.

“So I set about writing my novel: a fictional version of my first year living and teaching in a rural Greek village. I wanted to point out the humorous and positive aspects of this country.

“I also started my website at this time, www.lifebeyondbordersblog.com, which concentrated on why people should visit Greece, and then grew to other destinations I had travelled to.

“I released Girl Gone Greek in 2015 - self publishing it because it did not fit into a niche category for publishers, which was fine because I wanted to maintain some control of my novel too - so I released it as a print on demand and Kindle format on Amazon. Self-publishing meant I also got to create and choose my own book cover, which has helped it to stand out.

“It is hard not to run into artistic types in Greece and in 2017 I hooked up with a British novelist and screen writer who I had interviewed on my site in the past, and between us we agreed to see if it was possible to take Girl Gone Greek one step further and make it into a screenplay/script. My screenwriter - James Collins - in collaboration with me wrote it, and I started to submit it to film festivals to garner interest.

“It won the Best Script in the 2018 London Greek Film Festival, and is a finalist at the 2018 Cypriot Film Festival. I’m travelling to Paphos at the end of June to attend this festival, where there will also be a scene reading that will be video recorded and placed on the festival’s YouTube channel.

“Who knows what the future holds? One thing is for sure: anger, if channelled properly, can be a good motivator.”

Discover the inspiring stories of our graduates.

Once you become a graduate of the University of Plymouth, you'll automatically be a part of our alumni community.
Meet some of our most inspiring, creative, hard working and successful graduates 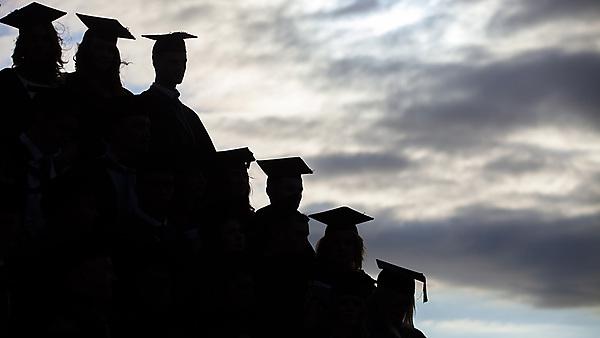