Children who camp in the great outdoors at least once a year go on to do better at school, as well as being healthier and happier, according to their parents.

That’s the finding of a study carried out by the Institute of Education at Plymouth University and the Camping and Caravanning Club, who collaborated to discover perceptions of the relationship between education and camping.

Parents and children around the UK were asked a series of questions which looked at the educational, psychological and social benefits of the camping experience to children of all ages.

Research led by Sue Waite, Associate Professor at the Plymouth Institute of Education, found that more than four out of five parents thought camping had a positive effect on their children’s school education.

It showed that 98 per cent of parents said camping makes their kids appreciate and connect with nature; 95 per cent said their kids were happier when camping; and 93 per cent felt that it provided useful skills for later life.

Some parents (15 per cent) reported that escaping technology (laptops, tablets, mobiles, etc) is a good thing for their children and one of the benefits of camping. A fifth of parents (20 per cent) said camping gives their kids freedom, independence and confidence; and more than two thirds (68 per cent) felt camping helped their children to enjoy learning in the classroom, because they can share their camping adventures and experiences such as visiting exciting educational or historical sites.

“Interestingly, the parents surveyed believed camping supported the key curriculum subjects of Geography, History and Science. And actually, that stacks up because the most common camping activities were natural – such as rock pooling and nature walks – where children were getting to understand ecosystems and identify lifeforms, respecting nature and the environment.”

The children who took part in the research were asked what they love about camping and the most common themes were making and meeting new friends, having fun, playing outside and learning various camping skills. Children also recognised camping’s value for curriculum subjects and for problem solving and working together.

This compelling link between education and camping is the focus of a new campaign, Get Kids Camping, which is being launched at The Deck, London, by Julia Bradbury, President of the Camping and Caravanning Club.

“Taking the kids camping is such a great experience for the whole family. We have masses of beautiful scenery on our doorstep in the UK and camping doesn’t have to be expensive (although you can try glamping!). It’s a brilliant way of getting our kids out in the fresh air, away from the TV and computers - developing their brains and teaching them to interact with each other and the countryside in different ways. If you haven’t taken your family camping, give it a go – it’s an adventure that won’t disappoint you, and there are hundreds of superb British campsites to choose from.” 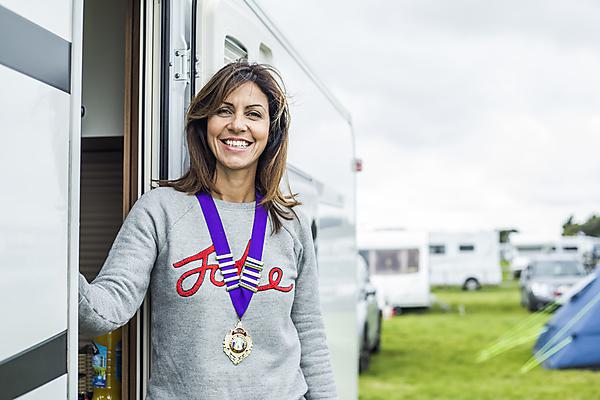 Julia Bradbury, President of the Camping and Caravanning Club, said:

It’s a brilliant way of getting our kids out in the fresh air, away from the TV and computers - developing their brains and teaching them to interact with each other and the countryside in different ways

Read more about the Camping and Caravanning Club