The 750-year-old artistic practice which may in part have inspired the modern selfie has been laid bare in research by a Plymouth University academic.

Dr Péter Bokody, a Lecturer in art history, has conducted in-depth studies into a practice initiated by Italian painters in the late-13th century of depicting images within their works to give them a greater sense of scale and, in many cases, to convey an additional meaning.

Now he has written a book on the subject – Images-within-Images in Italian Painting (1250-1350) – in which he fully explores this practice and how it has influenced countless artists and audiences over the ensuing centuries.

The rebirth of realistic representation in Italy – as pioneered by artists such as Giotto di Bondone – led to the materialisation of a new pictorial language. Essentially, it involved the two-dimensional image being transformed into the representation of three-dimensional space, using realism to convincingly define the spatial relations within a representation.

This was done also by including items in a piece which at first appear marginal – such as a fresco in the background – but which add a sense of complexity to the setting. It can generate also additional meaning, leading a second level of messaging which the painter wants their audience to see.

It was such a revelation that the practice dominated Western art between 1300 and 1900 – including the Renaissance and Baroque periods – and continues to influence visual culture today.

Dr Bokody’s research has involved periods at the Kunsthistorisches Institut (Max Planck) in Florence, the Index of Christian Art in Princeton and London’s Courtauld Institute, said:

“There is evidence of this practice in antiquity, but it was the Italians who really took it to new levels in the early Renaissance. It is widely accepted that Giotto was one of the pioneers around 1300, but when you look for it, all the key figures of the time are using it in their work. It is the artists’ way of adding character to their work, but also their opportunity to demonstrate their skills and differentiate themselves from their counterparts.

“In the early modern and modern era, the practice takes a twist as it becomes a tool of self-reflexivity for painters such as Diego Velázquez, Gustave Courbet or Edouard Manet, as they are also reflecting on what painting is and seeking to define it in a figurative language. And it continues today in photography and digital art installations, but also with the advent of the selfie taken in front of the mirror – which is all about citizen artists creating an image within an image.”

Dr Bokody curated an exhibition on medieval imagery at Pannonhalma Abbey in his native Hungary – titled Image and Christianity: Visual Media in the Middle Ages – in 2014. And he will soon be exploring the topic further with students at Plymouth University as it forms part of the new module on the joint art history and fine art undergraduate programme.

His book, published by Ashgate, has already received critical praise from academics and art institutions across Europe, with one reviewer saying it "encourages us to think with more precision and flexibility about the concepts of 'realism' and reflexivity as applied to the achievements of Giotto and his contemporaries and in relation to subsequent generations of artists". 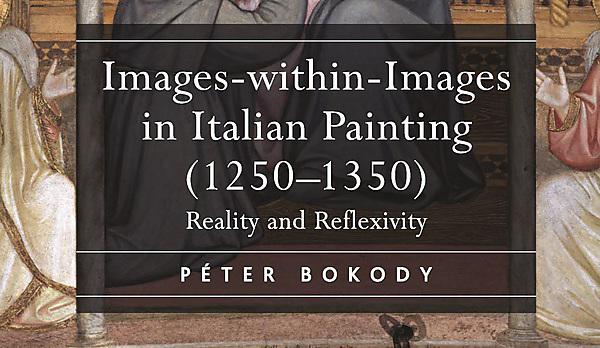 All the key figures of the time are using it in their work. It is the artists’ way of adding character to their work, but also their opportunity to demonstrate their skills and differentiate themselves from their counterparts.

More information on other websites

Find out more about Peter Bokody's book on the publishers' website