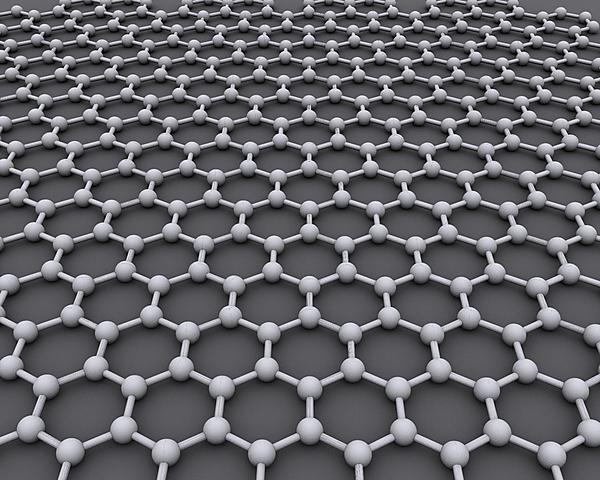 Electrical signals transmitted at high frequencies lose none of their energy when passed through the ‘wonder material’ graphene, a study led by the University of Plymouth has shown.

Discovered in 2004, graphene – which measures just an atom in thickness and is around 100 times stronger than steel – has been identified as having a range of potential uses across the engineering and health sectors.

And since graphene lacks band-gap, which allows electrical signals to be switched on and off using silicon in digital electronics, academics say it seems most applicable for applications ranging from next generation high-speed transistors and amplifiers for mobile phones and satellite communications to ultra-sensitive biological sensors.

The study was led by Dr Shakil Awan, a Lecturer in the School of Engineering, Computing and Mathematics at the University of Plymouth, alongside colleagues from Cambridge and Tohoku (Japan) Universities and Nokia Technologies (Cambridge, UK).

“An accurate understanding of the electromagnetic properties of graphene over a broad range of frequencies (from direct current to over 10 GHz) has been an important quest for several groups around the world. Initial measurements gave conflicting results with theory because graphene’s intrinsic properties are often masked by much larger interfering signals from the supporting substrate, metallic contacts and measurement probes. Our results for the first time not only confirm the theoretical properties of graphene but also open up many new applications of the material in high-speed electronics and bio-sensing.”

The study, published in the IOP 2D Materials Journal, was funded by the EU Graphene Flagship, EPSRC, ERC and Nokia Technologies, and the results are now being exploited in developing high-speed and efficient low noise amplifiers, mixers, radiation detectors and novel bio-sensors.

The latter is the focus of a three-year £1 million project funded by the EPSRC on developing highly-sensitive graphene bio-sensors for early detection of dementia (such as Alzheimer's disease) compared to current methods.

Graphene is ideally suited for this as its room temperature thermal noise is smaller than any other known material, enabling the sensitive detection of tiny numbers of antibody-antigen interactions to indicate the likelihood of a patient to develop dementia in the future.

“Graphene devices for next generation wireless technologies (up to and beyond 10 GHz) are progressing fast. Our study has unlocked the fundamental behaviour of graphene at high frequencies, which will be essential in the design and evaluation of future graphene-based wireless devices. This has only been made possible because of the multi-discipline expertise of the different groups based at Nokia, and in Plymouth, Cambridge and Tohoku universities.”

Dr Shakil Awan, Lecturer in the School of Engineering, Computing and Mathematics at the University of Plymouth, said: 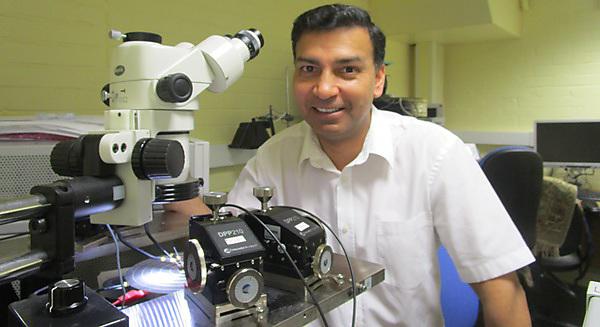 Research in the School of Engineering, Computing and Mathematics

We produce world leading research in a range of areas including: security, communications and network research; robotics and neural systems; and signal processing and multimedia communications.

The HPC and Cuda centres provide researchers with the resources they need to answer complex questions in science, engineering and mathematics.